Go Compare man to sing alongside Bryn Terfel in Llan 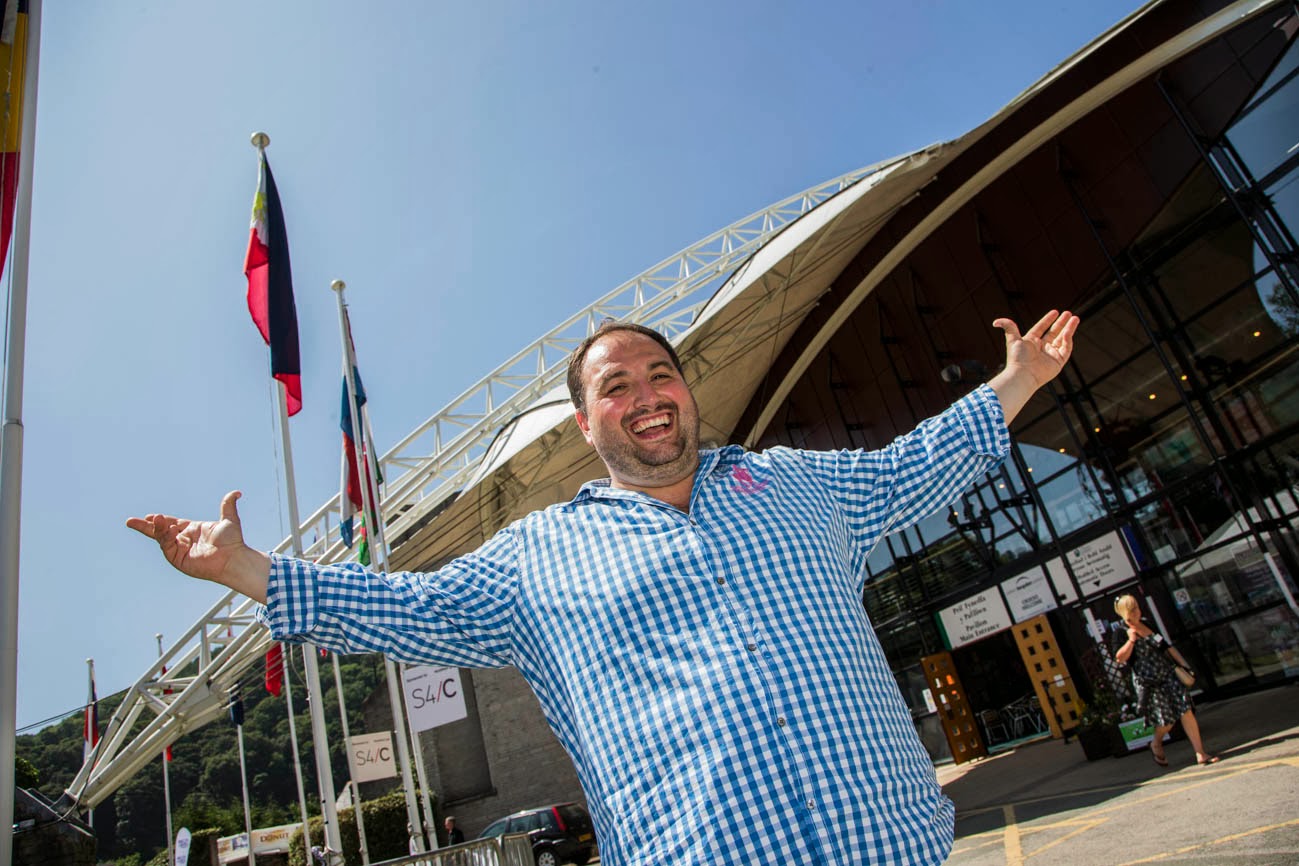 
Wynne  – best known as the waiter who belts out catchy jingles in the Go Compare TV ads – will be starring with the bass baritone in Stephen Sondheim’s Sweeney Todd: the Demon Barber of Fleet Street at this summer’s Llangollen International Musical Eisteddfod.
But first Wynne faces a mad dash from Covent Garden where he'll be performing in the Richard Strauss opera, Ariadne auf Naxos, the night before at the Royal Opera House.
He'll be joining Bryn and an all-Welsh cast in an English language production of the Sondheim classic on the opening night of the Llangollen Eisteddfod on Monday, July 7, that's being sponsored by the Pendine Park care organisation.
According to Wynne, 42, Llangollen is one of his favourite places on the planet.

He explained: “Llangollen is a very special place and one of the most special places on earth for a week.
“I performed in a headline concert there a couple of years ago and also presenting BBC 2’s coverage of the festival for the last two years.

“Llangollen is a wonderful place to return to especially as I’m going to be performing with my old mate Bryn Terfel.

“I’m playing the role of Pirelli, Sweeney Todd’s arch rival who is slain by the Demon Barber of Fleet Street. Luckily, Bryn and I are good friends or I might just take it personally!

“We both attended the Guildhall School of Music and Drama, although he was a few years ahead of me. So we have been good friends having know each other for a long time."

Wynne, who was born in Carmarthen, was an established opera star long before he was picked to play Gio Compario for the Go Compare TV ads and has performed at many of the world’s top venues including the Royal Albert Hall.

The TV exposure, he says, has been a bonus when it comes to concert ticket sales.
He added: “It’s amazing really. Six years ago I was relatively unknown until of course Gio Compario came along. It doesn’t bother me though, I know I was a successful opera singer before he came along and I will continue performing in the future.

“I think about the attention I get as my being an ambassador for Wales actually. I have just been over to Dublin for the rugby international, I was working for a TV station, and, as usual, I got lots and lots of ‘Go Compare’ shouts from across the street.

“However, I feel quite honoured really. I know some artists and performers who get quite precious and don’t want to perform the very song that made them famous. I can never understand that, it just doesn’t make sense to me.

"People expect you to perform what they know you best for. What’s the point in disappointing people?

“I know a lot of people come along to concerts or opera performances I’m in as a direct result of seeing those TV ads so I am happy to celebrate that.

“And I’m filming a few more ads in the near future so you can expect to see Gio Compario back on your TV screens quite soon!”

Sweeney Todd was the perfect introduction for anybody who hasn't seen live opera before.
He said: “It’s superb. Fast moving and menacing it's got a bit of everything including murder and intrigue and the music is just sensational."


This year’s Eisteddfod will also feature concerts by Dutch jazz sensation Caro Emerald and veteran British rockers Status Quo as well as a world premiere of a new work, Adiemus Colores, by top composer Karl Jenkins.
He will conduct his Latin American themed work with American tenor Noah Stewart, Venezuelan trumpeter Pacho Flores and Latvian accordion player Ksenija Sidorova to the accompaniment of the Llangollen International Eisteddfod Orchestra.
The Friday night concert, Spirit of Unity, will feature the Cape Town Opera, Africa’s premiere opera company, famed for their "vibrant vocalism and high-octane stage performances".
Appearing with them will be Wales’ representative in Cardiff Singer of the World, Gary Griffiths, the Wales Millennium Centre Only Kidz Aloud Chorus under the baton of celebrity conductor Tim Rhys Evans and British Sinfonietta, one of the UK's leading independent professional orchestras.
The Choir of the World competition for the Pavarotti Trophy on the Saturday night is the blue riband event of the week-long festival which will close with a Sunday night concert by Status Quo.
To book tickets and for more details on the 2014 festival go to the website at www.international-eisteddfod.co.uk
Posted by llanblogger at 7:52 AM