The Welsh Liberal Democrats have launched their ‘More Nurses’ campaign in a bid to make Wales the first country in the UK to establish a legal duty for safe nurse staffing levels.
In December, Kirsty Williams AM was drawn in the National Assembly’s private member’s ballot with her proposal for minimum nurse staffing levels to be enshrined in law. 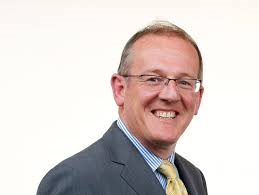 She is working with the Royal College of Nursing (RCN) to encourage people to support the campaign to allow the legislation to be taken forward and properly debated.
Assembly Members will vote on the proposed bill on March 5.
North Wales Lib Dem AM Aled Roberts (pictured left) said: "There is increasing evidence from across the world that nurse staffing levels have a significant impact on patient care and the recruitment and retention of staff.  Yet sadly in Wales our nurses are under immense pressure with high workloads, which means they are unable to give the level of care they would like.
“It is staggering to see the vast difference in the ratio of nurses to patients in Wales when compared to the rest of the UK.  Our nurses are being forced to do more, but with less.  Wales deserves better than that.
“Mandatory nurse staffing levels in other countries have led to increased recruitment and retention of nurses, reduced reliance on agency staff, fully funded budgets for safe staffing levels, better patient care, more manageable workloads, increased job satisfaction and reduced stress.
“Safe nurse staffing levels would also be a more efficient use of funding, reducing reliance on costly agency staff and overtime, reducing lengthy hospital stays and reducing the risk of harm.
“I want Wales to lead the way in being the first country in the UK to establish a legal duty for safe nurse staffing levels.  We have three weeks left to make the case for this bill to progress to the next stage.  I urge everyone to visit www.morenurses.org.uk to make their voice heard and encourage their local AM to vote ‘Yes’ on March 5.”
Posted by llanblogger at 8:14 AM