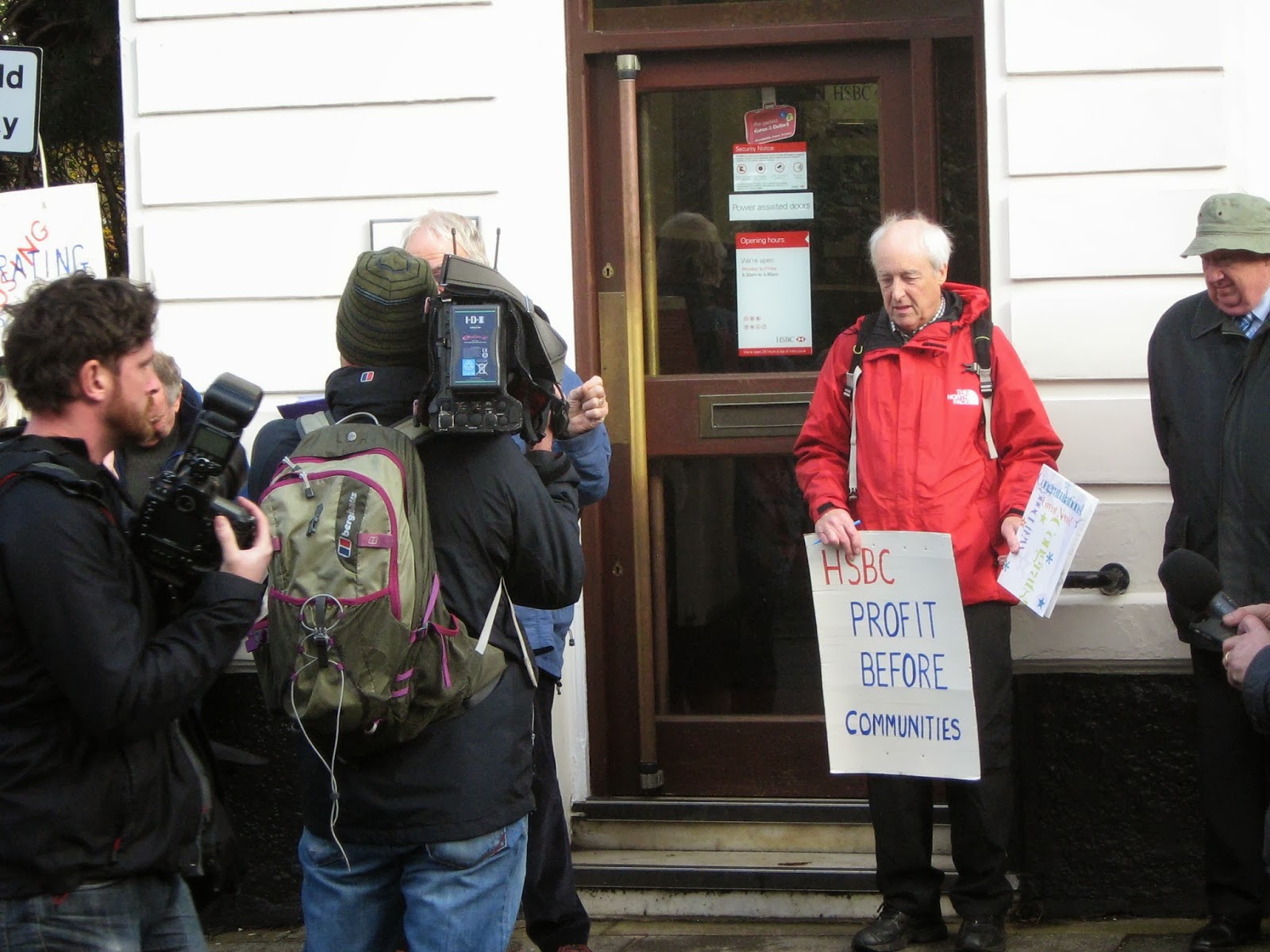 * Chamber chairman David Davies, with placard, leads the "save our bank" demo
outside HSBC last year.
Llangollen Chamber of Trade and Tourism will send a simple note of thanks to staff at the HSBC bank in Llangollen before it closes this Friday.
The chamber discussed the controversial closure at its meeting in the Hand Hotel on Monday evening and Simon Collinge suggested it would be nice to send flowers and a card to staff as a mark of thanks for the service they had provided to customers over a number of years.


However, members eventually decided just to send the thank you note.
Chamber chairman David Davies said the bank building in Bridge Street was now up for sale at £275,000 and Simon Collinge pointed out that it would finally close for business at 3pm this Friday.


Recalling that the chamber had led efforts to save the doomed branch, including holding a high-profile demonstration outside, Mr Davies said: “We’ve done what we can and I think we just have to draw a line under that one now.
“It was right to try and fight but now we have to send all our business to Barclays to make sure they are retained in the town.


“Luckily, their branch has 10 years on the lease so that might be in our favour.”
Posted by llanblogger at 7:47 AM