Eisteddfod's gem of a fundraising idea 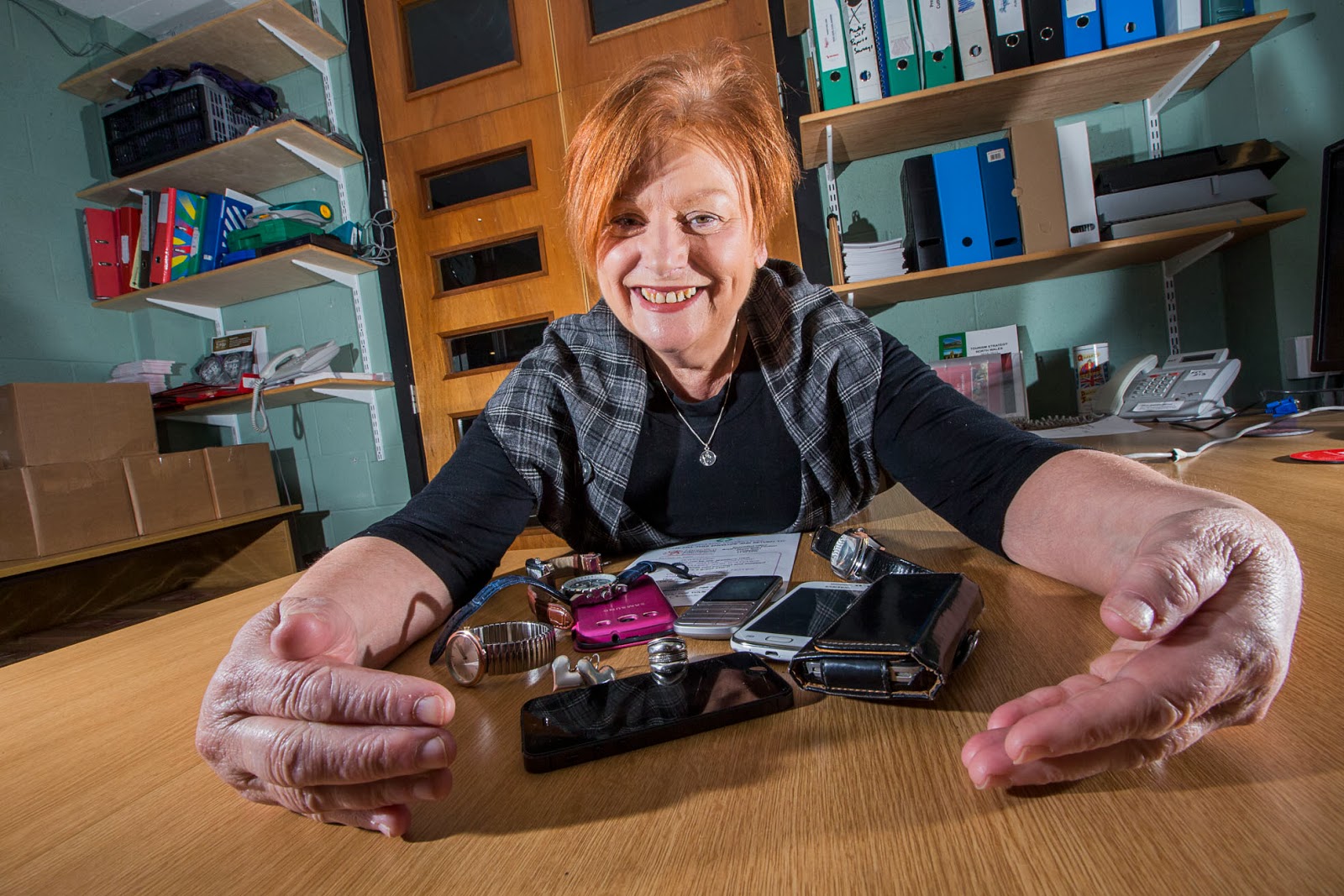 * Call me: Christine Dukes is collecting unwanted phones,
jewellery and foreign currency to raise money for the Llangollen
International Musical Eisteddfod.
UNWANTED jewellery, foreign currency and mobile phones are helping Llangollen International Musical Eisteddfod (LIME) retain its place as Wales’s Mecca for music, dance, costume and culture from around the world.
A host of international stars headed by rock legends Status Quo will line up for this year’s festival from July 8-13, which will once bring visitors flocking from across the globe.
But keeping the whole glittering affair running requires a huge fundraising effort and, as the Llangollen’s Festival Support Co-ordinator Christine Dukes explained, new ways of bringing in vital revenue are constantly being explored.
One of the latest ventures is a gem of an idea to recycle unwanted jewellery along with foreign currency and old mobile phones.
Christine said: “We are always looking for new and novel ways of raising money to support the expense of staging our iconic annual festival and exactly a year ago we decided to sign up to be involved with an organisation called Recycling For Good Causes.
“It’s an ethical company which has been working successfully with a wide range of charities such as LIME since 1996.
“The idea behind it is that people bring in their unwanted items which are then collected by the company and sent away for recycling.
“Money raised from selling off the donated items is then sent back to the charity, which has no overheads to pay.”
Christine added: “It’s a very simple idea which we introduced exactly a year ago and in the past 12 months we’ve raised quite a healthy amount of money from it.
“Basically, people are invited to donate items that they no longer have a use for. That might be jewellery that’s gone out of fashion, foreign currency that could have been lying forgotten at the back of a draw for years or old mobile phones.
“Phones seem to become outmoded fairly quickly as newer, more sophisticated models are introduced all the time.
“The currency can be from the UK or any foreign country. It can be either coins or banknotes, and I think many people still have some of that kind of thing lying around at home which they’d like to get rid of and benefit a good cause at the same time.”
According to Christine, LIME has attracted enough donations over the past year to warrant two collections by the Midlands-based Recycling For Good Causes, and these have included a diverse selection of items.
“We’ve had quite a few foreign banknotes, watches and even old trophies which had been handed out for sporting performance. There have also been a fair number of mobile phones of all makes and ages. But the thing we’ve had the most of by far is costume jewellery, in all shapes and sizes,” she said.
“Some of the items of jewellery, such as necklaces, have been broken but the good thing with this scheme is that you can still get money for them.
“Being part of Recycling For Good Causes has been a great success for us but, up to now, the people making donations have mainly been those who are associated in some way with LIME.
“We now want to spread the word about it as far as possible so that other people are encouraged to let us have their unwanted goods which we can sell on to ensure the fantastic festival we stage each year can continue to be the amazing success that it is.
“Goods can be brought in to the LIME headquarters any day Monday to Friday from 9am to 5pm and we would be delighted to receive all donations.”
The curtain raiser for this year's Eisteddfod will mark the return of opera superstar Bryn Terfel to Llangollen.
The acclaimed bass baritone will be playing the lead in a special English-language production of Stephen Sondheim's Sweeney Todd: The Demon Barber of Fleet Street featuring an all-Welsh cast.
This year's will also feature concerts by Dutch jazz sensation Caro Emerald and veteran British rockers Status Quo as well as a world premiere of a new work, Adiemus Colores, by top composer Karl Jenkins.
He will conduct his Latin American themed work with American tenor Noah Stewart, Venezuelan trumpeter Pacho Flores and Latvian accordion player Ksenija Sidorova to the accompaniment of the Llangollen International Eisteddfod Orchestra.
The Friday night concert, Spirit of Unity, will feature the Cape Town Opera, Africa’s premiere opera company, famed for their "vibrant vocalism and high-octane stage performances".
Appearing with them will be Wales’ representative in Cardiff Singer of the World, Gary Griffiths, the Wales Millennium Centre Only Kidz Aloud Chorus under the baton of celebrity conductor Tim Rhys Evans and British Sinfonietta, one of the UK's leading independent professional orchestras.
The Choir of the World competition for the Pavarotti Trophy on the Saturday night is the blue riband event of the week-long festival which will close with a Sunday night concert by Status Quo.
To book tickets and for more details about the urban dance competition go to the website at www.international-eisteddfod.co.uk
Posted by llanblogger at 7:58 AM