Rehearsals are well underway for Llangollen Operatic Society’s forthcoming production of Gilbert and Sullivan’s The Mikado.


This popular operetta has been updated and is set in the 1970s – think hot-pants, mini-skirts and dodgy hairstyles. 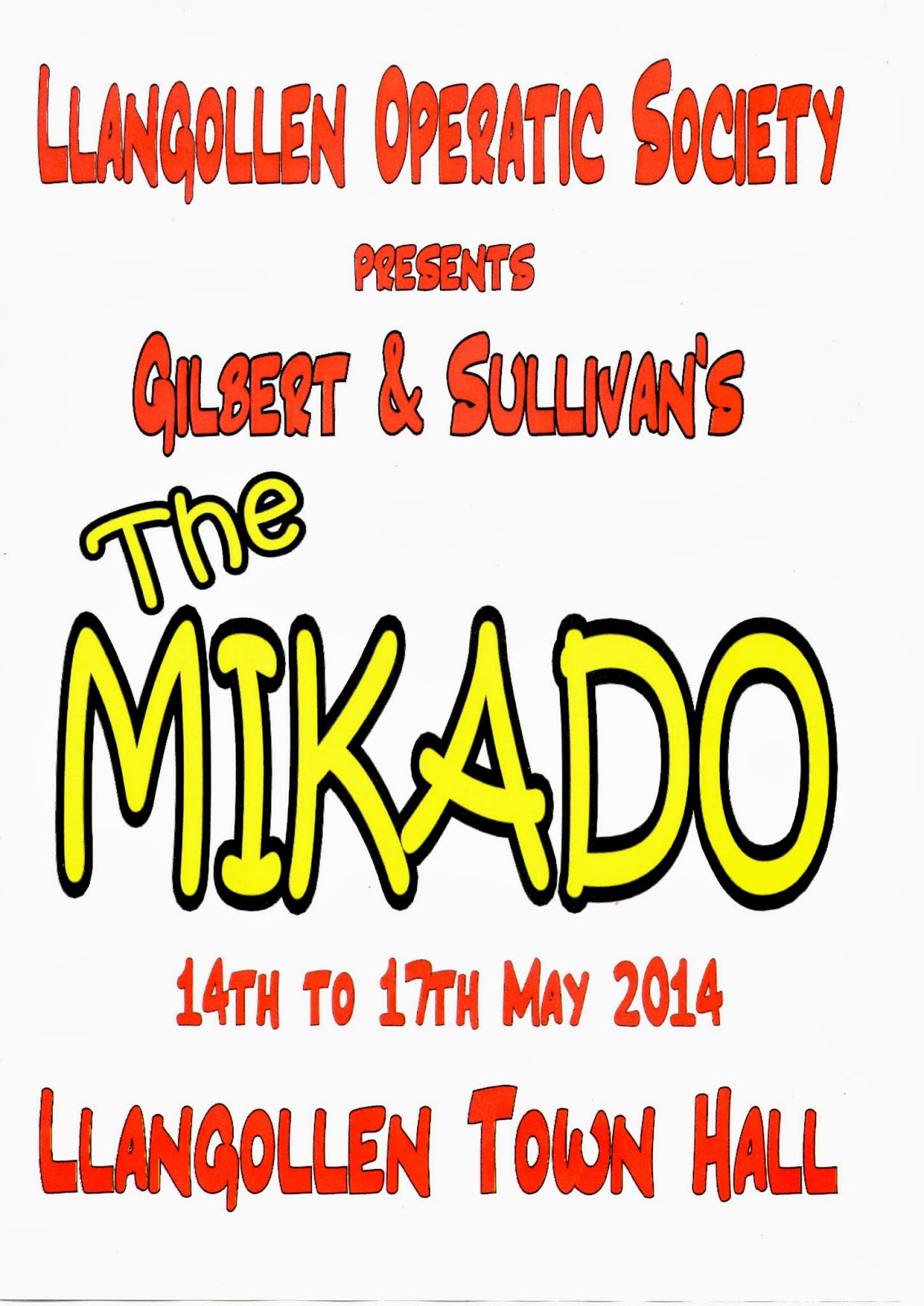 A talented cast includes newcomer David Bartleet as Nanki Poo and Helen Belton as his beloved Yum Yum.
Yum Yum’s sisters are played by Jo Potts and Karen Davies. This is Karen’s first time with the society having previously sung in operas such as Figaro and the Magic Flute.

Another new member joining the cast of The Mikado, which runs at Llangollen Town Hall from Wednesday to Saturday, May 14-17, is 18-year-old Kieran Davie from Shotton.


Kieran has performed with the Welsh National Opera and is hoping to get a place at a specialist college so that he can pursue his career in music.
The demanding role of Katisha will be taken by Justine Bradey. Although Justine hasn’t appeared on stage with the society for several years, you may have seen her performances in local pantomimes and Return to the Forbidden Planet.


The society is also pleased to welcome back Operatic stalwarts Dave Short and Jim Allen, as The Mikado and Pooh Bah respectively, together with Richard Mascarenhas as Koko, the Lord High Executioner.
Society members are enjoying the rehearsals and aiming to put as much fun as possible into the comedy numbers.


Musical director is Owen Roberts and some of the memorable songs featured in the show include A Wandering Minstrel and Three Little Maids.
Artistic director Chrissie Ashworth and her Co-director/Choreographer Pamela Williams both say they are very pleased with the progress being made in preparations for the show.
Posted by llanblogger at 7:33 AM