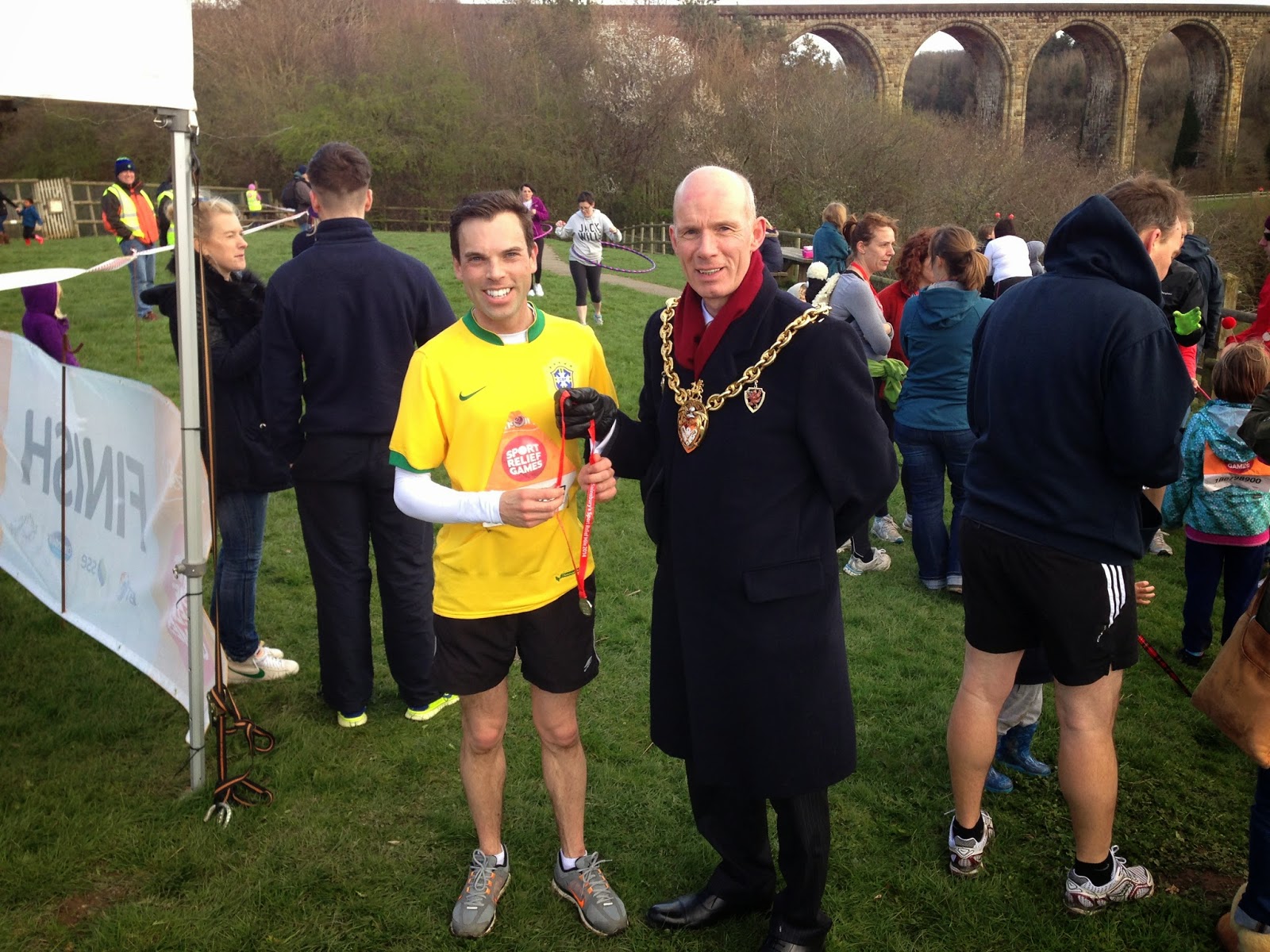 * Ken Skates AM receives his participant's medal from the Mayor of Wrexham, Cllr David Bithell.

ASSEMBLY Member Ken Skates was among the first across the finishing line after tackling a six-mile run in aid of Sport Relief.

Mr Skates, the Labour AM for Clwyd South, completed the challenge at Ty Mawr Country Park in Cefn Mawr on Sunday in just under 42 minutes.

He said: “It was a fantastic occasion. People were in great spirits and I was delighted to be a part of it, especially as the event was in my own constituency, and there was a really good turn-out.

“The run was tough, but thousands of pounds were raised and I’m proud that I was able to play a very small part in the most successful Sport Relief campaign ever.”

The biennial charity event, run in association with the BBC, brings together the worlds of sport and entertainment to raise money for people in need in the UK and the world's poorest countries. Friday night’s live TV broadcast generated more than £51m.

Mr Skates added: “I’d like to thank everyone who sponsored me – your money really will a make a difference to people’s lives.”

Anyone who still wants to donate can sponsor Mr Skates by visiting his Sport Relief page – my.sportrelief.com/sponsor/kenskates.
Posted by llanblogger at 1:36 PM