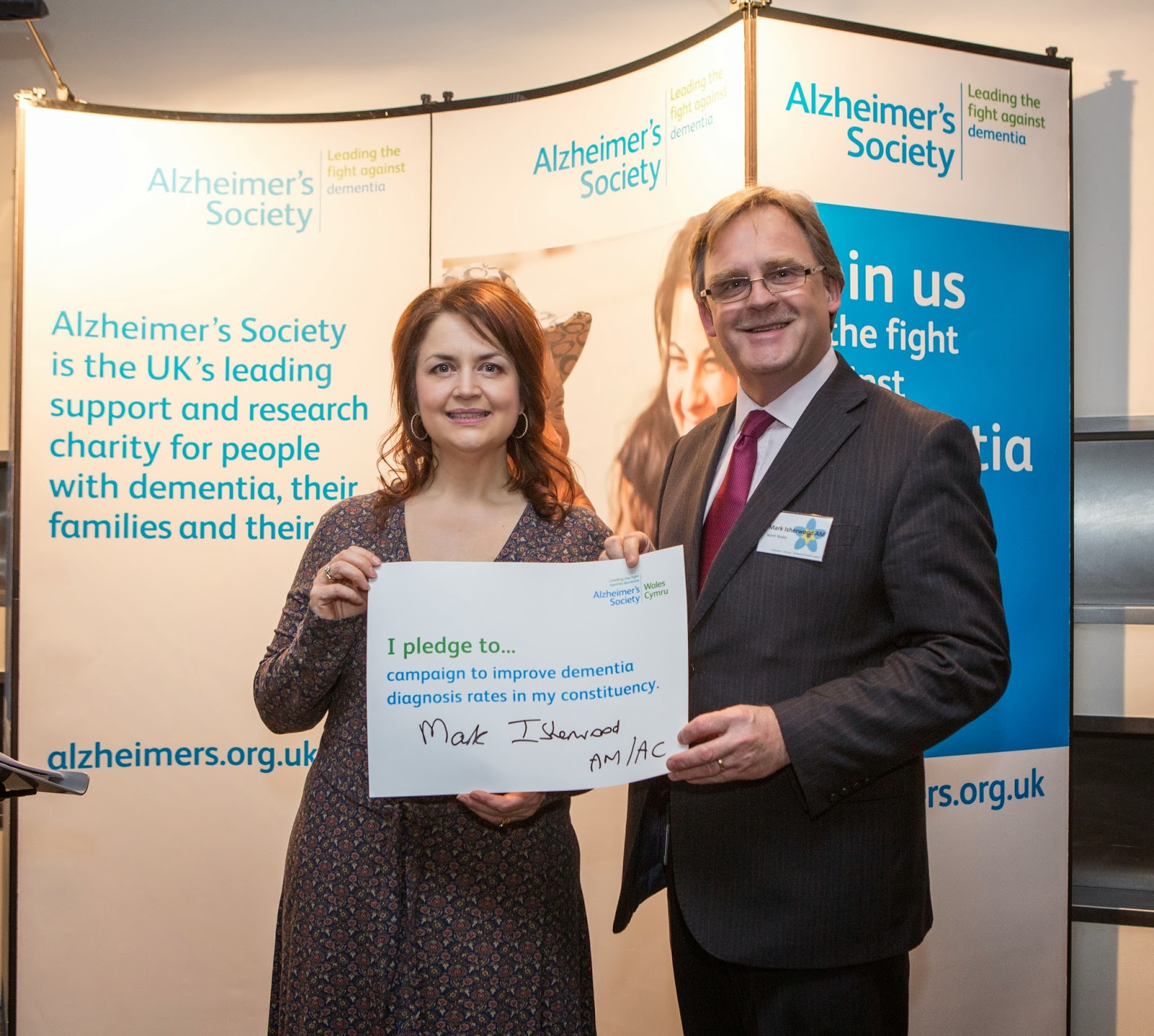 
North Wales Assembly Member Mark Isherwood has taken a key step towards helping end the stigma surrounding dementia by pledging to become one of Wales’ first Dementia Friends.
Mr Isherwood joined actress Ruth Jones MBE, and AMs from across the country, for the launch of Alzheimer’s Society’s Dementia Friends programme at the Wales Millennium Centre in Cardiff Bay.
Dementia Friends aims to give people in Wales a better understanding of dementia and the small things that they can do that could make a difference to people living with the condition. From helping someone to find the right bus to spreading the word about dementia on social media, every action counts.
Thanks to funding from Welsh Government, Alzheimer's Society is running a year-long pilot of their Dementia Friends programme in Wales. The trailblazing initiative aims to improve people's understanding of dementia and its effects.
The charity hopes four thousand people in Wales will become Dementia Friends Wales by 2015. The move comes in a bid to make the country more dementia-friendly and improve the lives of the 45,500 people currently living with the condition.
Mr Isherwood was one of twenty-two AMs who took part in the launch event.
He said: “I've signed up to show my support for Dementia Friends, and am encouraging people in North Wales  to do the same too. With a growing number of people living with dementia, it's more important than ever we all have a better understanding of the condition.
“Dementia Friends is about giving people an understanding of dementia and the small things they can do that can make a difference to people living with dementia. From helping someone find the right bus to spreading the word about dementia, it can help make our local community a better place to live.”
Sue Phelps, Director of Alzheimer’s Society in Wales said: “Most people don’t know enough about dementia. Dementia Friends is the perfect opportunity to be able to invite everyone to improve their knowledge. We are pleased to have been able to engage twenty-two AMs in one day. They have a huge influence in their local communities and we hope they will use this opportunity to take action and improve lives.”
If you are interested in becoming a Dementia Friend or helping create more communities that are dementia-supportive, go to dementiafriends.org.uk/wales to find your nearest information session or to volunteer as a Dementia Friends Champion.
Posted by llanblogger at 7:24 AM