Peace and harmony for eisteddfod performers 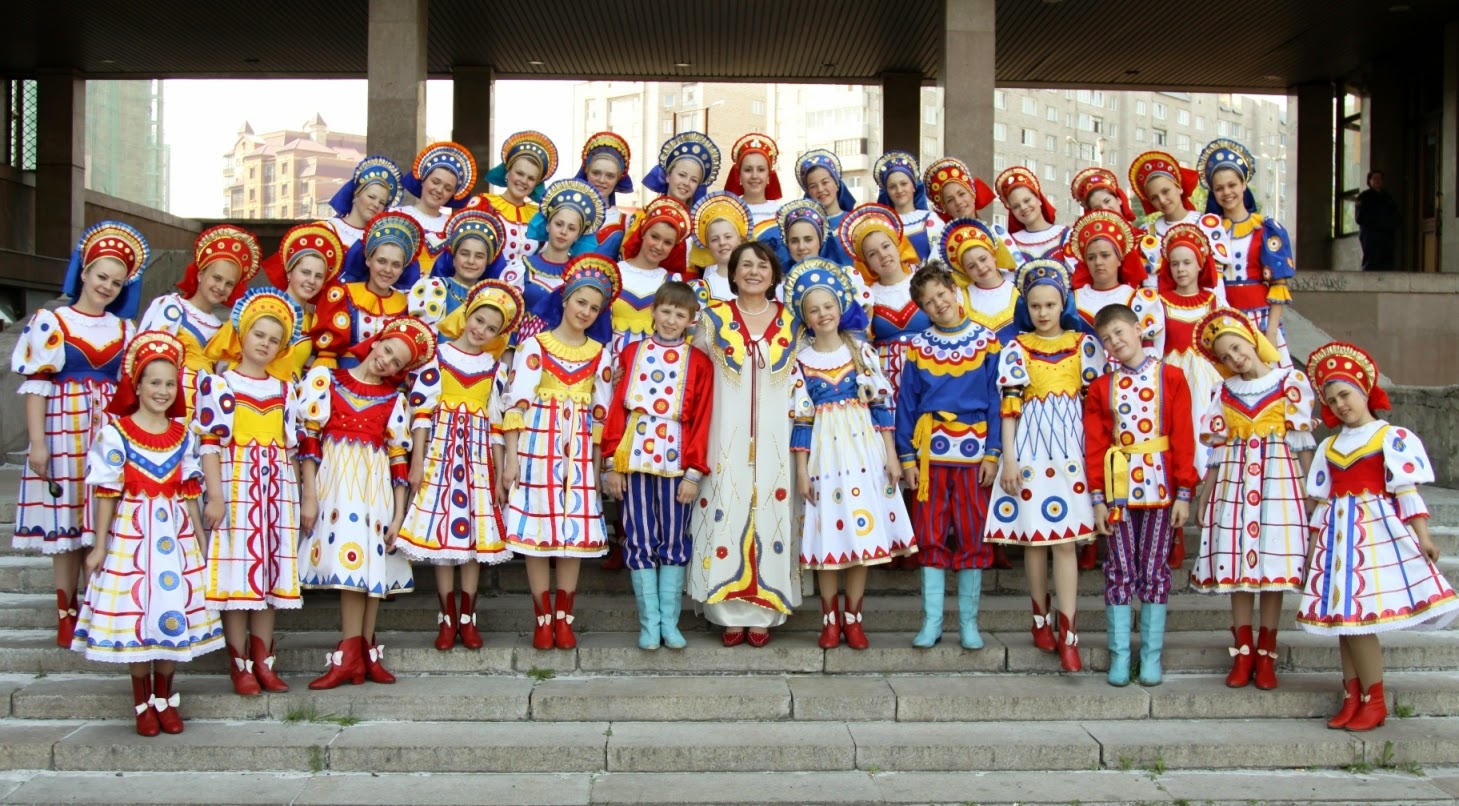 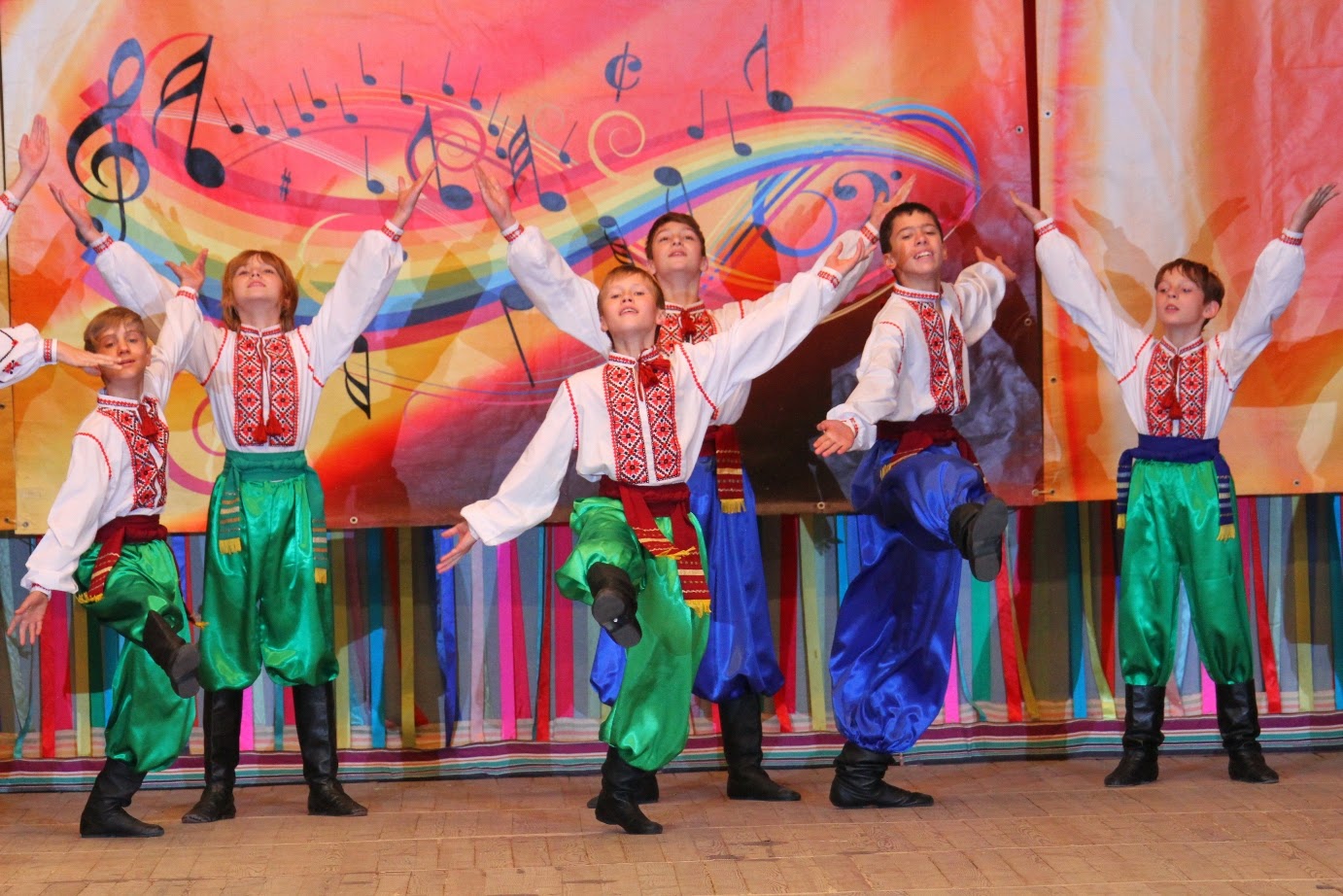 * Barvinochok dancers from the Ukraine.
UKRAINIAN and Russian performers heading for this summer’s Llangollen International Musical Eisteddfod say the current political rift between their two countries won’t stop them enjoying the big annual festival.
Despite international tensions running high after Russia moved into the Crimea, leaders of the Barvinochok folk dance group from the Ukrainian capital of Kiev and the Krasnoyarsk City Children’s Choir from Siberia in Russia have both confirmed their attendance at the Eisteddfod, which runs from July 8-13, and both have said how much they are looking forward to it.


Eisteddfod chairman Gethin Davies stressed the spirit of international peace and co-operation on which the Eisteddfod was founded in 1947 and promised there would be an equally warm welcome for the Ukrainians and the Russians.
The Barvinochok folk dance group was founded in 1976 and today has over 500 children and young people aged from three to 23 in its ranks.


Barvinochok have been to Llangollen before, in 2009 when they won a certificate of merit for taking second place to a group from Slovakia in the choreographed folk dance competition.
Speaking from her home in Kiev one of Barvinochok’s leaders, Okasana Cherkas, said: “Despite what is happening on the political front at the moment we are going to take part in the Llangollen festival this summer as planned.


“Our big hope at the moment is that there will be peace in our country by that time.
“Members of our group have not been personally affected by what has been happening, although we did all see the recent demonstrations going on in our own city of Kiev, which were of course of concern to us.


“We will be bringing about 40 members of the group with us to Llangollen and are looking forward very much to performing there.”
The Russian performers coming to Llangollen are members of the City Children’s Choir from the Siberian city of Krasnoyarsk who will be making their debut in the festival.


From her home in Krasnoyarsk, which she explained is in the very centre of Russia on the border between Europe and Asia, choir founder and chief conductor Ludmilla Stebenkova said: “We are certainly going to take part in this year’s festival and are looking forward to competing in Llangollen for the first time.
“The current political situation certainly won’t stop us coming.


“I know there will be a group from the Ukraine also at the festival but I think everything will be fine with us and them. There is no problem between people only between the authorities.
“Llangollen is all about international co-operation and peace, and in that way is very much like the Olympic Games.”
Eisteddfod chairman Gethin Davies said: “The whole ethos of our festival is about creating harmony between different nations and helping to heal wounds.


“The festival certainly has nothing to do with politics and is a way of bringing people together regardless of their politics or ethnic background.
“Both these groups, from the Ukraine and Russia, will be very welcome at Llangollen. When they get on stage here everyone is equal.”


Barvinochok are due to make two appearances at the festival, in the Cultural Showcase competition on Wednesday, July 9, and in the Children’s Folk Dance Group on the Thursday.
Dance styles the group specialises in include classical, traditional Ukrainian, modern and global culture and more than 100 of its graduates have so far graduated to become professional ballet dancers in the Ukraine and abroad.


Over the years Barvinochok has received recognition and won awards at a host of international festivals and competitions in countries such as Russia, Hungary, Germany, Greece, France, Spain, Austria, Bulgaria, the Czech Republic, Portugal, Italy and Cuba.
The City Children’s Choir are bringing a 46-strong ensemble, who will be accompanied by six adults, and they will be competing in two competitions, the Senior Children’s Choir and Children’s Folk Song Choir, both on Wednesday.


Founded in the 1970s, the choir regularly tours the Russia, the Czech Republic, Mongolia,Georgia, Bulgaria, Romania and the Ukraine. It has also visited the USA as part of a project called Friendship Ambassadors and co-operates with the Krasnoyarsk State Academic Symphony Orchestra.
Ludmilla said the aim of the choir was to unite children of their own city through singing and their wide repertoire includes sacred and secular music by Russian and foreign classical composers, and Russian folk songs.


Meanwhile, the curtain raiser for this year's Eisteddfod will mark the return of opera superstar Bryn Terfel to Llangollen.
The acclaimed bass baritone will be playing the lead in a special English-language production of Stephen Sondheim's Sweeney Todd: The Demon Barber of Fleet Street featuring an all-Welsh cast.


Appearing with them will be Wales’ representative in Cardiff Singer of the World, Gary Griffiths, the Wales Millennium Centre Only Kidz Aloud Chorus under the baton of celebrity conductor Tim Rhys Evans and British Sinfonietta, one of the UK's leading independent professional orchestras.
The Choir of the World competition for the Pavarotti Trophy on the Saturday night is the blue riband event of the week-long festival which will close with a Sunday night concert by Status Quo.


To book tickets and for more information about this year’s Eisteddfod go to the website at www.international-eisteddfod.co.uk
Posted by llanblogger at 7:33 AM