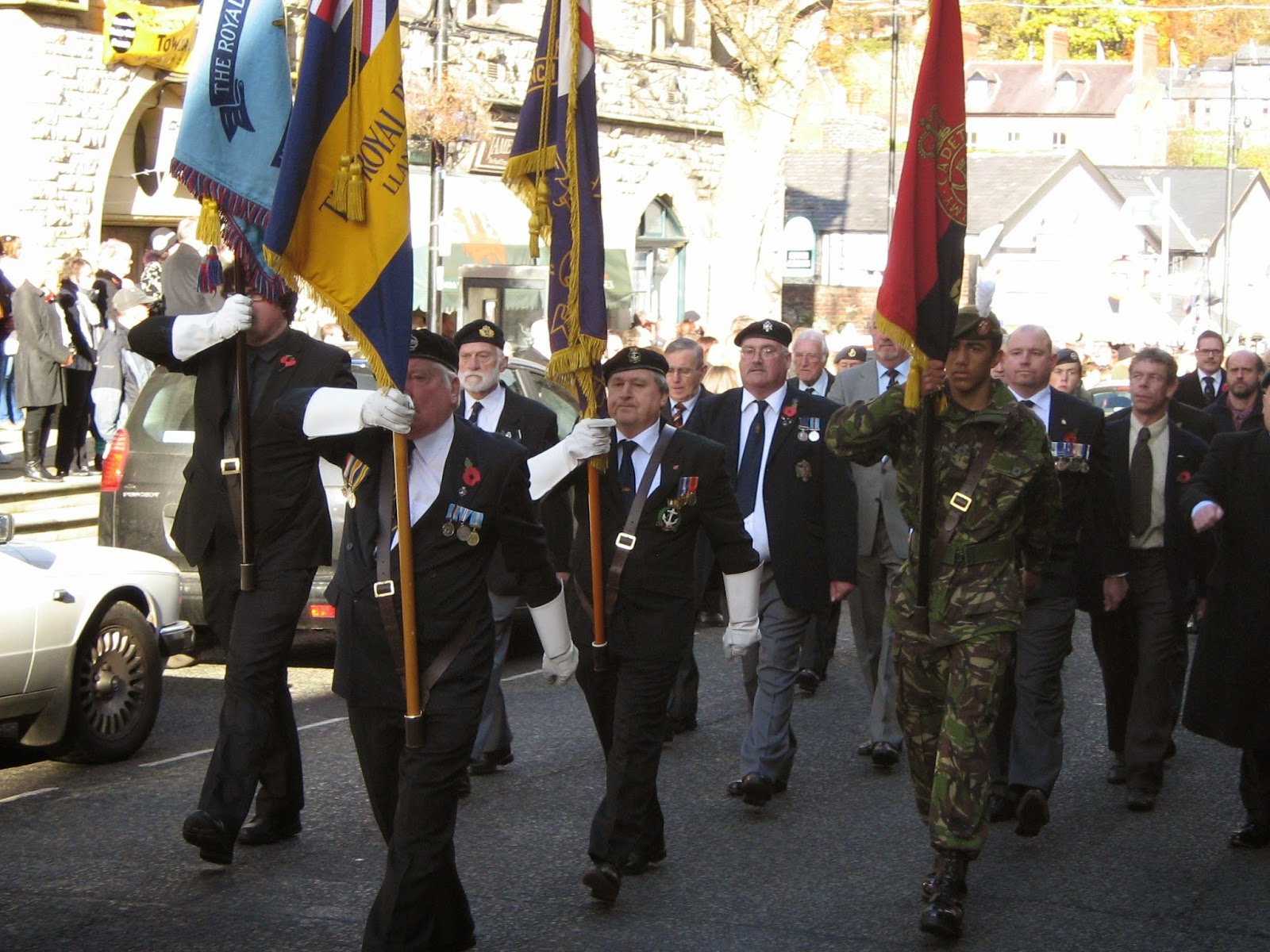 
LLANGOLLEN’S Royal British Legion branch has been saved from closure after one of its members agreed to take on three key positions.

But John Lawton, who will now become chairman and secretary on top of his current role as treasurer, says he can’t continue to do all the jobs indefinitely and has put out the call to members for more support to keep the branch going.

The branch, which was founded in 1923 as a gathering point for men who had served in World War One, thrived for years but has recently suffered from falling attendances at meetings.

Crisis point came when the man who had served as both chairman and secretary, Bob Davidson, had to stand down because of ill-health.

Seeing that there was a real possibility that the branch might fold, treasurer Mr Lawson decided it was time to step into the breach.

He said: “The good news now is that our branch can keep open.


“Since after Christmas, I have been holding meetings with both RBL area officials and headquarters regarding the viability of the branch.
“In order for it to remain active, I have had to agree to take on the jobs which Bob Davidson used to do, chairman and secretary, as well as my own job as treasurer.


“I did this reluctantly and only agreed that I would do it firstly to keep the branch open and secondly only until such time as Bob recovers his health and returns to lead us again.
“However, the committee of five members cannot continue to do this alone. We need the support of the 47 members of the branch.”
Mr Lawton added: “If attendance at the meetings does not improve, then reluctantly I will not continue and will allow the branch to close.
“It is up to the members to pull together now and support the branch.
“This year is the anniversary of the First World War, which was the catalyst for the formation of the Royal British Legion, and it would be a shame to allow the branch to close in this important year.
“At the moment we are meeting in The Hand Hotel in Llangollen at 12.15pm on the first Tuesday of the month.
“Once more members attend, we may be able to return to meeting in the evening of the first Tuesday of the month at The Hand 7.30 for 8pm, so it is now up to the members to show their willingness to keep the branch active.”
Llangollen RBL was formed 91 years ago in time to consecrate the town’s cenotaph in November, 1923.
Mr Lawton has previously been secretary of the Historic Warships in Birkenhead, a Petty Officer in the Sea Cadet Corps and treasurer of Llangollen Royal Naval Association.
Posted by llanblogger at 7:30 AM