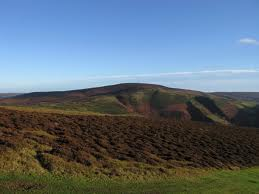 North East Wales Search and Rescue (NEWSAR) has given more details of the dramatic rescue by one of its teams of two people - one of them injured - from snow-covered hills high above Llangollen on Wednesday.

A press release says: "Just after 11am on Wednesday 13th February, NEWSAR was called out to assist an injured person and their colleague on Cyrn y Brain, above the Horseshoe Pass near Llangollen.

"At the time the weather conditions were very poor with the heavy snowfall, strong winds and poor visibility potentially making this casualty evacuation difficult. There was also a concern that exposed to those conditions for a prolonged period, the safety of the two people could deteriorate rapidly.

"Despite the appalling weather, difficult driving conditions and news reports saying that the Horseshoe Pass was barely drivable, our volunteer team members responded to the callout and made their way to the top of the Horseshoe Pass, before being deployed on the hill.

"The location of the two was established and team members made their way to the location. On any other day, our two Landrovers could have driven them and their equipment to the summit of Cyrn y Brain, but the wintery conditions meant that even the four wheel drive vehicles wouldn’t make it up the icy track.

"An advanced party made a hasty ascent with medical equipment and shelters to ensure that the injured person could be treated as quickly as possible and the second party followed with the 32 kilo stretcher that would be used to carry the injured person off the hill.

"Progress was slow and steady but with poor visibility, there was a concern that locating the two people would to be difficult. Fortunately, the two were found and treatment of the injury and exposure to the poor weather began.

"The injured person was placed inside a “cas bag”, a warm sleeping bag, and put on a stretcher. The second person was able to walk down with the Team. Once they were secured and made comfortable on the stretcher, the evacuation began.

"A little less than three hours after the first text message was sent out to the team, the injured person was handed over to an ambulance at the Ponderosa cafe and the Team was stood down."
Posted by llanblogger at 8:20 AM