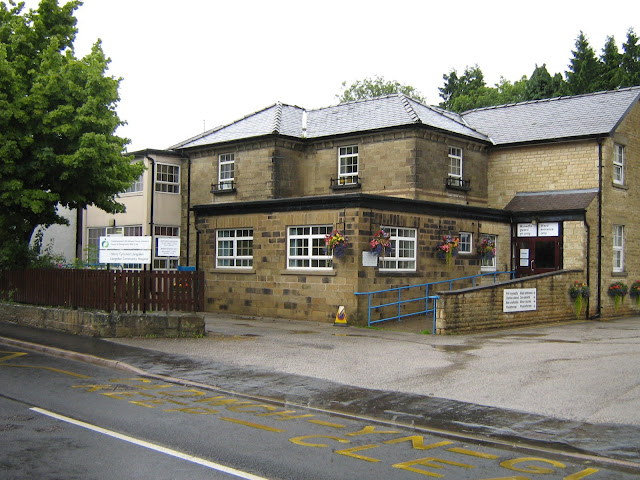 * The county council is concerned whether cash will be available for community services after Llangollen Hospital is closed.

Health chiefs can give no guarantees there will be enough money to foot the bill for replacement community services once Llangollen Cottage Hospital is closed.

That was one of the messages to come from a summit meeting between representatives of Denbighshire County Council and the Betsi Cadwaladr University Health Board (BCUHB).

A statement from the county council issued today (Thursday) says: "Representatives from Denbighshire County Council have held a full and frank discussion the Betsi Cadwaladr University Health Board (BCUHB) to discuss concerns about the major shake-up in the health service in North Wales.

"The meeting was held following a request made by the full council and whilst councillors continue to remain very unhappy with some aspects of the proposals presented by BCUHB, they were given detailed information and assurances on other aspects of the plan.

"Concerns were raised during the meeting about capital funding required for health developments across North Wales, with £27 million of the £40 million for North Wales needed for replacement community health facilities in Denbighshire.

"Whilst BCUHB is optimistic of success, it was unable to give cast-iron guarantees that the money required would come from Welsh Government so local communities in Rhyl, Prestatyn and Llangollen still do not have certainty.

"The Council agreed to write to the Welsh Government to seek further reassurances from them.The Council was critical of the impact interim services would have on local people during the transition from existing services to new alternative services and were also critical of the way BCUHB had communicated the changes.

"BCUHB said some existing services did need to close to keep services safe today and allow for preparation for new services.

"The Council raised concerns that moving health services from hospitals into the community would inevitably impact on social care costs. BCUHB accepted that the enhanced care model could lead to additional costs for social services though they believed there was evidence these costs could be offset through patients being less disrupted and requiring less care than if they had been in hospital.

"Agreement was reached to do further work on costs and gather a common set of data to enable the effects and impact of Enhanced Care Service on health, social care and residents to be monitored and evaluated.

"Councillors were pleased with the reassurances regarding the future of Ysbyty Glan Clwyd (YGC) as a district general hospital. BCUHB gave an unequivocal commitment to the future of YGC.This includes confirming its future as the centre for complex vascular surgery and a range of general DGH and specialist functions.

"The Council feels this is progress which needs to be followed through rapidly."

Councillor Bobby Feeley, Cabinet Lead Member for Health and Social Care, said: "The Council had lengthy discussions on the BCUHB’s proposals when councillors met last week, with many expressing serious concerns about the plans.

“The meeting gave plenty of opportunities for councillors to clearly express their concerns and those of the local community, as well as giving the Health Board an opportunity to respond in detail.

“We remain unhappy with a number of issues, we were given detail and the rationale behind some of these proposals and fully realise that the Health Board has difficult decisions to make. We were also reassured on some aspects such as the future of Ysbyty Glan Clwyd.

“Despite my continuing frustration I still think that, in the best interests of the people of Denbighshire, it is vital to continue dialogue between the Council and the Health Board on these very important issues, on behalf of the residents of Denbighshire.”
Posted by llanblogger at 1:19 PM