Patients evacuated after fire at the Maelor 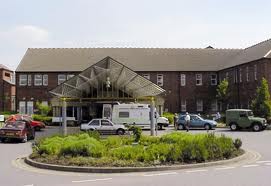 
Twenty-seven patients, including three babies from a special care unit, had to be evacuated when fire broke out at Wrexham Maelor Hospital late last night (Friday).

Four fire appliances were mobilised to the blaze at 11.39pm.

A spokesperson for North Wales Fire & Rescue Service said: "Three crews of firefighters from Wrexham and another crew from Johnstown attended and located a small fire on the ground floor of the hospital which was extinguished using four sets of breathing apparatus and one hose reel jet.

"In all, 27 patients were evacuated after staff raised the alarm on detecting smoke.

"The fire originated on the ground floor in a room located off the outpatient ward which was unoccupied at the time.

"Smoke had travelled up to the first floor of the building affecting mainly two wards, Bromfield Ward and Bonney Ward, resulting in the evacuation of 24 patients. Three infants from an adjacent special care unit were also evacuated as a precaution.

"The infants were returned to special care after the fire was extinguished, whilst the remaining patients will be cared for elsewhere at the hospital for the time being.

"The exact cause of the fire is currently being investigated but it is thought to be accidental."
Posted by llanblogger at 10:19 AM