Services start to be withdrawn from Llan Hospital

Minor injuries services are to be withdrawn from Llangollen Cottage Hospital over the next two weeks, according to the Betsi Cadwaladr University Health Board  (BCUHB). 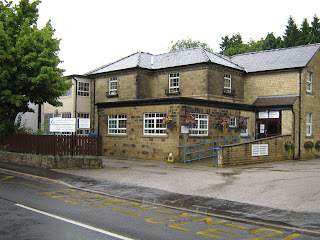 The board has also revealed to llanblogger today (Monday) that since yesterday the hospital has been accepting no new admissions and that its staff are being re-deployed to other units.


The Abbey Road hospital (pictured right) is earmarked for closure as part of a major shake-up of health services approved by the board last month.


But the two moves have come as a surprise blow to campaigners fighting to retain health services in Llangollen who thought they would have longer before the changes went into effect – at least until they had been fully considered by patients’ watchdog body, the Community Health Council (CHC), which has until March 1 to decide on whether to formally object to the change proposals.


However, this morning, unofficial word came from the CHC that the run-down of services at the hospital had already begun.


llanblogger therefore asked BCUHB to confirm if this was the case.


In a statement the board said: “At the meeting of the Health Board on 18th January it was decided to move forward with changes to the way some health services are delivered in North Wales. Planning is now underway to enable these changes to take place.


“Understandably, the prospect of change creates uncertainty for staff and service users. Some services, such as minor injuries, already suffer periodic disruption due to staffing difficulties.


“There is a risk that other services could become more difficult to operate safely as staff start to look at alternative roles and opportunities within the Health Board.


“It has therefore been agreed that:


“ • Minor Injuries Services will be consolidated in the hospital hubs over the next two weeks. This will ensure we can offer a dependable, 7 day per week service at the hospital hubs, further supported by the services at Bryn Beryl and Tywyn Hospitals.


“ • Changes to X-ray services will go ahead as soon as possible, subject to the need to tie in with outpatient clinics that have already been booked.


“ • Detailed planning to set up Enhanced Care at Home services across North Wales will start immediately.


“ • From Monday 4th February staff at Flint, Llangollen and Prestatyn Hospitals will start their process of redeployment to strengthen other community and hospital services. This means new admissions to these hospitals will cease. Admissions to Blaenau Ffestiniog Hospital will continue at present.
“At the moment the Community Health Council is considering its response to our planned changes and we fully respect their position.
“However, we have to balance this with safety of services, our use of resources and our desire to implement the planned service improvements.
“The Board will continue to work with the Community Health Council over the next few weeks to address any outstanding concerns but it is right that, where appropriate, we move forward without undue delay.”
Llyr Gruffydd, North Wales Plaid Cymru Assembly Member, who has been prominent in the campaign to safeguard health services locally in Llangollen, said:  “It’s astounding that the health board has decided to close community health facilities including X-ray services, in-patient beds and minor injury provision without waiting for the Community Health Council’s final response.


“The CHC, which is a statutory watchdog, has expressed grave concerns over a number of changes being proposed by Betsi Cadwaladr and this rush to closure seems to be ignoring those concerns completely.


“It’s also a snub to health minister Lesley Griffiths, who only this week announced that the buck stopped with her regarding any NHS changes.
“Will she now intervene to prevent community hospitals such as Llangollen and Flint from closing?”

A spokesperson for campaign group Keep Llangollen Health Services (KLHS) said: "The Health Board is closing hospitals despite the Community Health Council still pondering its final decision. This makes a mockery of the whole consultation process. We’ve got evidence that the health board planned for Llangollen to lose its rehabilitation unit back in October,while the public meetings for the consultation was still taking place!

"Patients have told us that they were denied blood tests in November because the hospital was closing and now we have this, further evidence that the consultation process was part of a stage-managed smoke and mirrors act.
"The Health Board has lost all credibility. Our health services are neither safe nor sustainable in their hands and the Health Minister must intervene as a matter of urgency."
Posted by llanblogger at 1:48 PM