Police are aiming to join forces with county trading standards officers to set up a “no cold calling” zone in Llangollen.


The idea, which is aimed at helping to keep at bay nuisance doorstep traders, was outlined to members of the Town Council at their meeting on Tuesday evening. 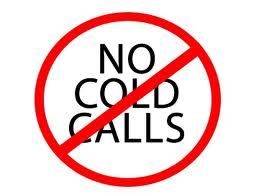 Sergeant Paul Hughes, of the neighbourhood policing team, first explained how officers had been called about two weeks ago to deal with the occupants of a vehicle selling fresh fish in the Wern Road area of the town.
He said: “We had a call from a resident in that area who said these people were selling fish from the back of a van, which I understand was sub-standard for the prices they were charging.
“The people were from the north east of the country and were already known to trading standards.”
He added: “With trading standards we are looking at setting up a no cold calling zone in Llangollen.
“This means that notices will be placed on lampposts around the zone warning cold callers they are not welcome inside it.
“These schemes, which have been successful elsewhere, enhance the power of trading standards in that if complaints are received about callers inside the zone they can more easily shown to be in breach of restrictions.”
Sgt Hughes urged anyone having problems with cold callers to ring North Wales Police on the non-emergency line of 101, or even 999 if it is believed vulnerable people may be at risk.
Posted by llanblogger at 8:14 AM