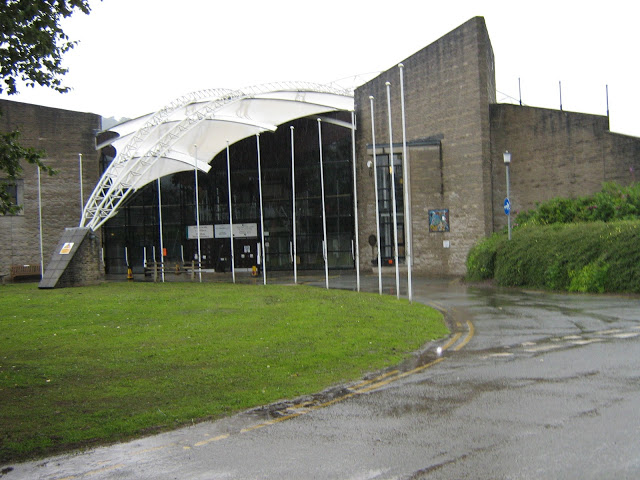 * Llangollen and the pavilion are to be newly promoted as events venues.
A blueprint for freshly promoting Llangollen as an events and conference venue will be unveiled during a special showcase session at the end of March.
That was the message from Llangollen Pavilion’s venue director, Bicki Shenton-Morris, as she spoke to members of the town’s Chamber of Trade and Tourism at their meeting at the Hand Hotel on Monday evening.
She outlined to them a new strategy by Denbighshire County Council to improve promotion of the whole town as an event destination and the pavilion for larger events.


This will home in on the area’s strengths, such as its beautiful landscape, heritage and tradition, ease of access, value for money, and range of outdoor activities and special experiences.


It is believed the area is capable of attracting a wide range of events.


These include meetings and conferences such as those relating to heritage, transport, music and the arts, exhibitions and trade shows and outdoor events like mountain biking, walking and canoeing.


However, Ms Shenton-Morris said that the town’s lack of a major hotel - larger than those already in Llangollen – put it at a disadvantage when it comes to attracting the larger-scale conferences.


Ms Shenton-Morris explained this could mean that if a Thomas the Tank Engine event was being held at Llangollen Railway, a toy train fair might be arranged at the pavilion.


She said there could also be more co-ordination when it came to transport links, such as promoting the ease of accessibility between Ruabon railway station and Llangollen.


To boost the new strategy there will be a new website, possibility with links to local B&Bs, guest houses and hotels, and new promotional leaflets and brochures are also being produced.


The whole strategy is due to be outlined to events arrangers and other decision makers at a launch event to be held at the end of March.


·        Last month llanblogger carried a story in which Llangollen resident Alan Found expressed concern that the pavilion was being under used.


Mr Founds said: “Surely this facility should be a major contributor to the economy not a burden. Every weekend of the year should see the Pavilion full and buzzing, providing jobs and making a major contribution to the Llangollen economy through hotel room, restaurant and shopping sales.”


At the time, a county council spokesman responded that the pavilion’s programme “continues to grow and develop”.
Posted by llanblogger at 8:09 AM