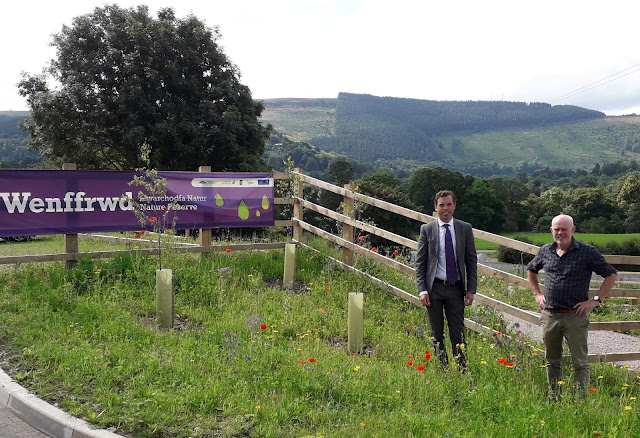 Plans for a new National Park in North East Wales have been welcomed by Clwyd South Assembly Member Ken Skates.

The plan was one of a number of pledges for North Wales in the Welsh Labour manifesto ahead of the Senedd elections in May.

Mr Skates said: “There is a lot of excitement about the Welsh Government’s plans to create a new National Park right here in Clwyd South.

"As well as a celebrating our area’s unique natural beauty, National Park status will further boost tourism – an industry so vital to Clwyd South – and support the green economy as we look to build on our proud record of being one of the most environmentally friendly countries anywhere in the world.”

Mr Skates raised the issue in the Senedd recently, with First Minister Mark Drakeford saying: “We will create a new National Park for Wales – the first in over 50 years.

"National Park status brings many benefits for agricultural communities, biodiversity and sustainable tourism. Engagements with communities about protecting and enhancing the special qualities of the area will be an important part of delivering this commitment.”

Mr Sutcliffe said: “It was fantastic to welcome Ken to the newly opened pocket park at Wenffrwd, which was an unused remote tip and has been transformed into a new and exciting public park. I’m so pleased that the Welsh Government is investing substantial funds into AONBs and National Parks in Wales.”

Responding to concerns raised by constituents, Mr Skates has also asked the Welsh Government for reassurances that opportunities for local people to live and work in the National Park area will not be lost.

Minister for Climate Change, Julie James, said: “I very much agree that National Park status should not be to the detriment of local people. There are a number of steps we are already taking across Wales to mitigate the issues you raise, and full consultations will be part of those as the process unfolds.

“Social housing remains one of mine, and this Government’s, key priorities. This continued commitment is reaffirmed by the challenging target we have set to deliver 20,000 new low-carbon homes for rent in the social sector.

“Our latest housing need estimates show that in North Wales, under central estimates, 1,200 additional homes are required each year. Of these, 47% of the estimated need is for market housing and 53% for affordable housing (intermediate rent or social). Our housing target goes beyond this.

“We are also committed to exploring and developing effective tax, planning and housing measures – which could include local rates of Land Transaction Tax – to ensure the interests of local people are protected.

“We are also acutely aware of the growing issues in Wales relating to second homes and addressing these issues is one of this Government’s priorities. We will shortly be considering a number of measures, and it is anticipated this plan will be published in the autumn. We will be announcing the plans to engage with communities about protecting and enhancing the special qualities of this landscape in due course.”