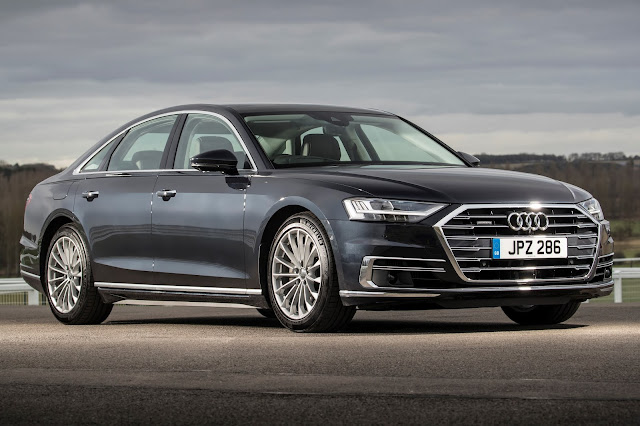 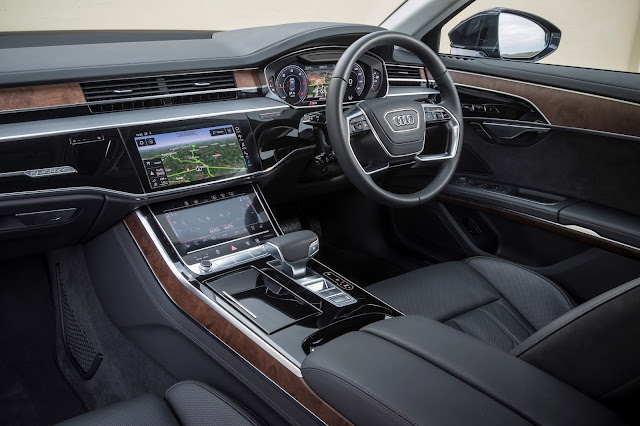 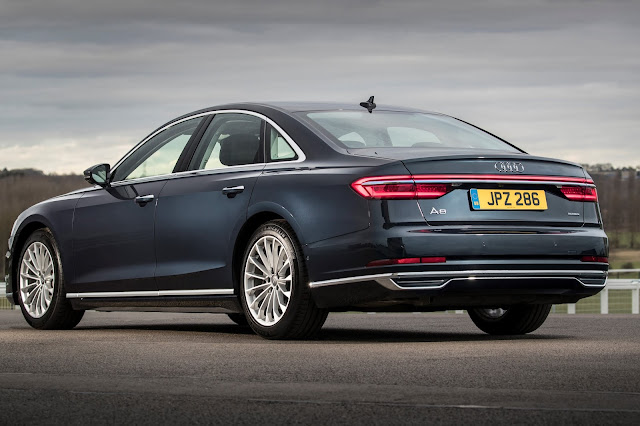 It is packed with the sort of wizard technology you would expect to find in a jet fighter with a computer system to match,  and thanks to an electric motor Audi's luxury A8 is good to go until 2035.

Hybrid cars have been given a five year lease of life after new petrol and diesel engined cars are confined to history in 2030.... unless the Government of the day has to do an embarrassing U-turn because we are not ready to switch to electric motoring.

Let's not worry about that, back to the here and now the German giant's flagship has been given a new lease of life thanks to electric power that makes it cleaner, quieter and quicker.

Helping out the three litre V6 petrol is an electric motor that racks up around 110bhp bringing the tally to a whopping 443bhp. But the key number is 500 and that is the Newton metres of torque blasting out when the accelerator is plunged although to get this cruise missile performance switch to sport mode because in standard drive the eight speed tiptronic gearbox is a tad slow to respond.

Is this a car for tearing away from the traffic lights? Of course not, the A8 will spend most of its time cruising cities and motorways with nothing more than the whisper of wind to disturb the passengers who will more than likely be chauffeured.

This is the sort of car seen depositing A listers at movie premiers, one down from a Rolls-Royce or Bentley at less than half the price. Sumptuous leather interior, thick pile carpets, gadgets galore, and the smoothest of rides thanks to air suspension on both axles. This car will even glide over a speed bump.

The silent running comes into play with the battery powered electric motor which is good for about 29 miles and can be driven at up to 84mph, but the hybrid really comes into its own in towns and cities where it is keeping the air clean and getting the most miles out of the batteries.

Audi has been pushing the boundaries on technology since A8 was introduced in 2003 and this fourth generation is another tour de force. The driver's digital cockpit has become a regular feature, interchangeable with fantastic high definition Google mapping. The main change has come in the centre console, a bone of contention with many, and I am at the front of the queue.

The rotary controller, and efficient and safe way of selecting the various functions, has been replaced by touch screens which are not difficulty to master but still drawer eyes away from the road.

I tried voice control but my Welsh accent was too much for the young lady who failed to pick up a post code or tune me into Radio 2 or 5 Live. Somehow my instruction brought up Radio Wales.

What I did like was the delicate click and vibration of the touch sensitive switches, the selection of colours for the mood lighting and the powered doors which open and close at the slightest touch on the handles.

The serious technology is centred around the car's safety features which virtually allow the car to drive itself by keeping it within its lane and a set distance to the vehicle in front, braking and accelerating according to the speed selected.

Audi has been in a decade's long battle for supremacy with Mercedes S-Class and BMW 7 Series and, frankly, all three are brilliant cars, but for me the Audi just has the edge on interior finish. And then I was brought down to earth with a bump. Having spent many miles on roughish coastal roads an annoying creek developed in the trim around the sunroof. Shock, gasp. Even the mighty can falter.

It never ceases to amaze me that the big three charge a heap of money for their luxury cars but can still find room for extras. My test car was £91k but still had six grands worth of extras but that is small change if you can afford that for a car.