UPDATE: With pictures and words by George Jones. 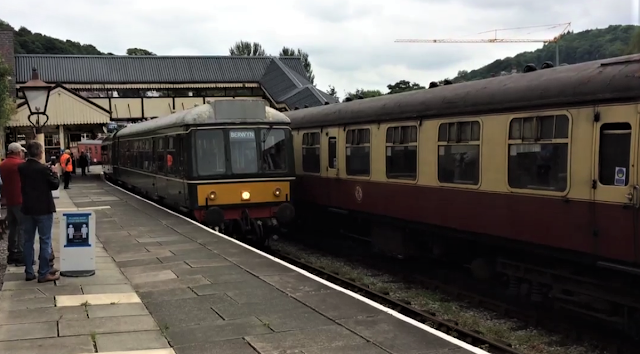 Llangollen Railway is officially back in business.

One of its supporters took this picture as the inaugural service left for Berwyn Station at 11am today.

After overcoming the problems put in its way by the pandemic and the financial crisis which led to its public limited company going into receivership, a massive effort has been put in by the Llangollen Railway Trust to get the heritage attraction back on track.

The first train with the class 108 heritage diesel railcar got away right on time. 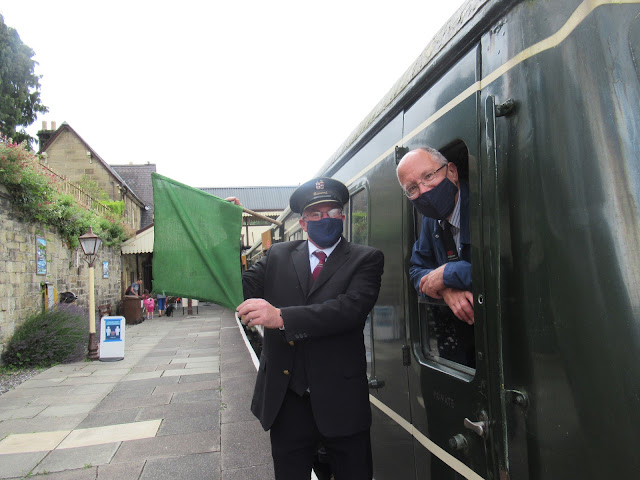 * Guard John Doyle was on hand to wave the green flag for the driver Graham Parkin. 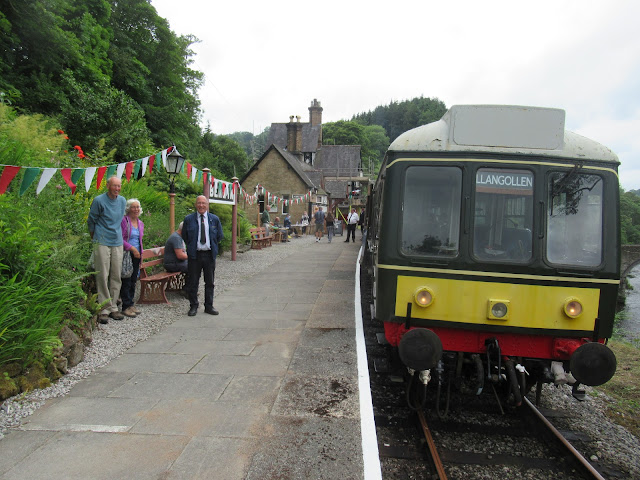 At Berwyn the 15-minute stop-over allowed for passengers to enjoy the view of the gorge or sample the Chain Bridge, while others alighted to take in the walk to the Horseshoe Falls and return on a later train.

On the return trip the newly restored Dee Bridge was seen from the rear of the train. 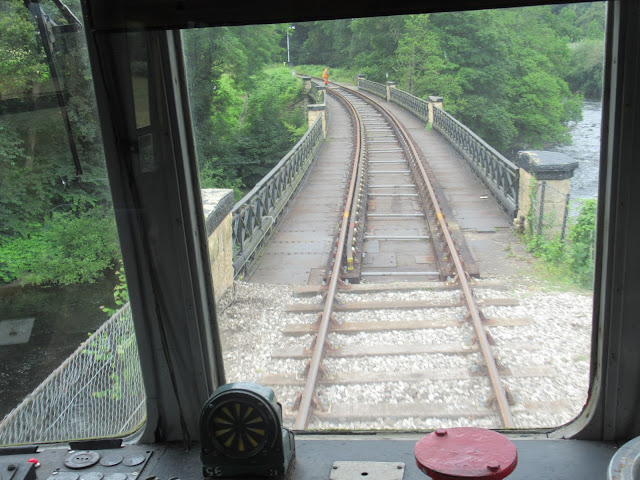 The first train had 44 passengers on board and many came from the local catchment area - Wrexham, Chirk. Chester, Deeside, Shrewsbury, Wirral and Stafford - to show their support for Llangollen Railway Trust.

Others were holiday-makers from Norwich, Wiltshire, North Yorkshire and Leicester.

Clwyd South MP Simon Baynes was aboard the train for Berwyn.

He said: "It was a great pleasure to visit Llangollen Railway today on the day that they have re-opened and started running their first trains since October. I went on the train between #Llangollen and #Berwyn and back with Phil Coles, the Vice Chairman of Llangollen Railway, where I also met Ben Jackson - the Station Master at Berwyn who has worked there for 22 years.

"I had the opportunity to meet with many of the volunteers who work so hard and with such commitment to the railway.

"It’s wonderful to see the railway back in operation and it’s a great tribute to the board members and volunteers who have dedicated a huge amount of time to make this happen. And I wish them a very successful summer season." 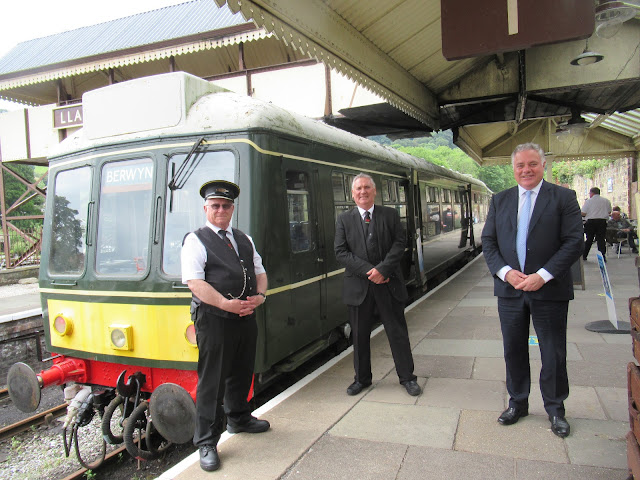 * Simon Baynes MP, right, welcomes the train back to Llangollen.
Posted by llanblogger at 11:40 AM