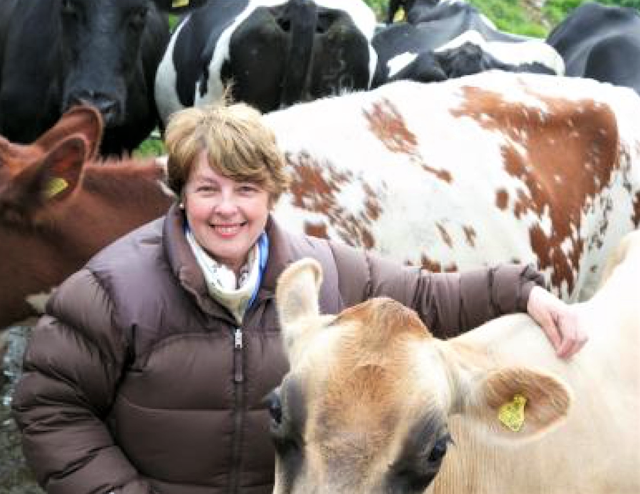 * Barbara Hughes will fight Clwyd South for the Conservatives next year.

Farmer Barbara Hughes has been selected to fight the Clwyd South seat for the Welsh Conservatives in next year’s Senedd elections.

Mrs Hughes, who was born and bred in the constituency in Corwen, said she was delighted at her selection and planned to get straight on with holding the Welsh government to account for "failing policies".

I intend to stand up for local people, who deserve so much more than they get from the Welsh Government. Rural communities, like ours, are the backbone of Wales. We need more support and I will fight to make sure we get it.”

Securing more backing for local businesses is close to her heart, she says.

She runs a 220-acre dairy farm with her husband Derek on the Clwyd South border – as well as PYO pumpkin and strawberry ventures.

who is a Welsh speaker, said: “I understand the needs and challenges of working in business, because I have set up and developed my own from scratch.”

A mentor for the Welsh Government Farming Connect programme, she says she is also passionate about improving communication and connectivity.

“I want to see the digital agenda developed further. With Covid-19 and more of us working from home, we need to make absolutely sure that rural communities are not disadvantaged by slow broadband speeds.”

Increased funding for local schools and the health service are among her top priorities, she explained.

Mrs Hughes is a former National Vice Chairman for the Women’s Farming Union (WFU) and served as Dairy Chairman.

She was also the first lady chairman of Wrexham National Farmers Union (NFU). She  won the NFU Cymru Wales Woman Farmer of the Year in 2011.

Married with three children and five grandchildren, in her spare time, she enjoys reading, swimming and equestrian sports.