Welsh beef on the menu at three local schools 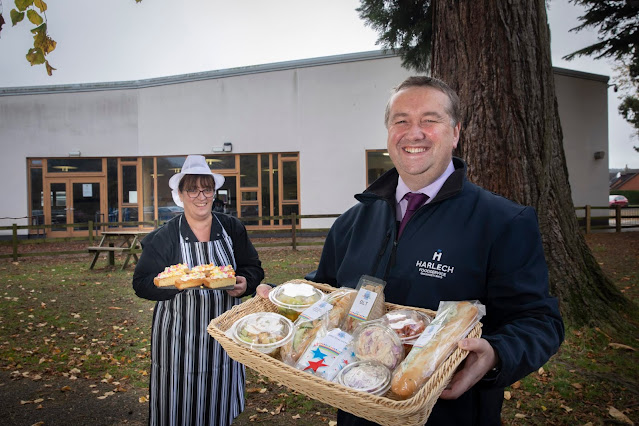 Welsh beef is on the menu for pupils at Llangollen schools now a North Wales food distribution company has won the contract to supply over a million school meals a year for the county.

Harlech Foodservice won the three-year contract from a US-owned multi-national and have pledged that wherever possible the county's seven secondary and 48 primary schools - including Dinas Bran, Bryn Collen and Y Gwernant - will receive food sourced in North Wales.

Harlech Commercial Director Mark Lawton said: "This is a hugely important contract for us to win against competition from one of the biggest wholesalers in the UK.

"It shows we have the quality and the capacity to supply and deliver high quality food, including beef sourced from farms in North and Mid Wales, for well over a million meals a year.

"Pupils in Denbighshire eat 7,500 meals a day and each week the head cooks in each of the 55 schools in Denbighshire place their orders for some 35,000 meals and we have the capacity to guarantee delivery for that through our fleet of lorries and vans.

"It extends the service we provide for schools in North Wales where we already supply similar numbers of school meals for Gwynedd and Conwy which makes for over 100,000 school meals a month."

Cllr Huw Hilditch-Roberts, Denbighshire County Council's Lead Member for Education, Children's Services and Public Engagement, said: "We're very pleased to have been able to award this contract to a North Wales company because it is important that we support the regional economy wherever possible.

"Ensuring pupils at Denbighshire schools get healthy, varied and nutritious meals to improve learning and development is a priority for the council and this partnership helps ensure our School Meals Service can provide that.

"We know that the majority of their meat comes from their own farms and is prepared by their own butchers and that is another box we can tick.

"The contract has started and is going very well and Harlech have gone out of their way to adapt their systems to match with ours and it's good to know there is always someone on the end of the phone we can speak to.

"All the schools operate the same menu for the week and Harlech have that as well but it is still the head cook who orders for each school."

School Head Cook Louise Roberts places her orders twice a week and she said: "It works really well and the people we deal with at Harlech are very friendly and helpful.

"Most importantly it comes when I need it and that makes it much easier for me to organise the work and the menus.

"We have just done an American-themed week and Harlech were able to supply us with corn on the cob, potato waffles, donuts, ice-cream, milk shakes and burgers."

Harlech Foodservices bid for the contract through their membership of TUCO - The University Caterers Organisation - a framework which qualifies businesses to provide catering services for the public sector.

They recently signed a deal to supply meat to the expanding BBQ chain Hickory's Smokehouse which has 11 outlets from Southport to Worcester and other clients include Pendine Park Care Homes and the Portmeirion Hotel.