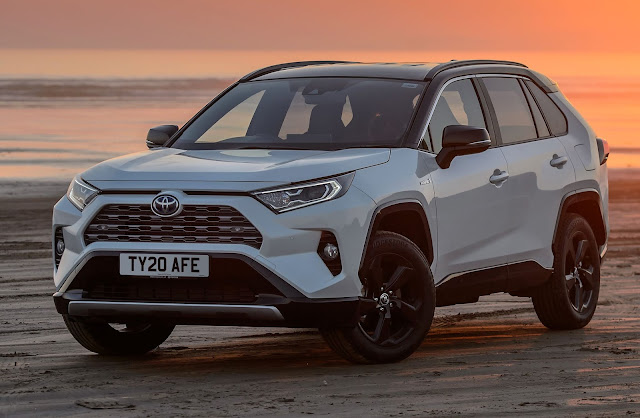 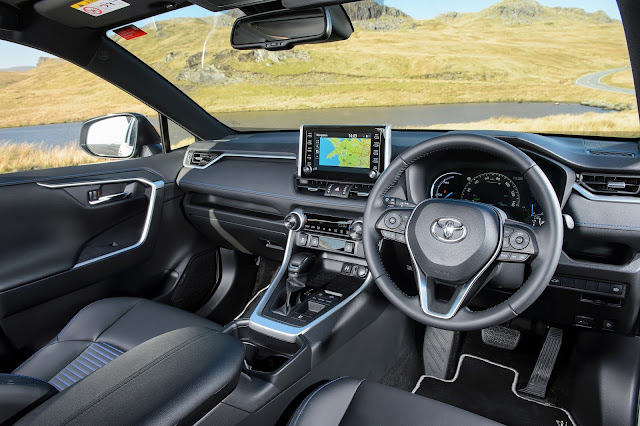 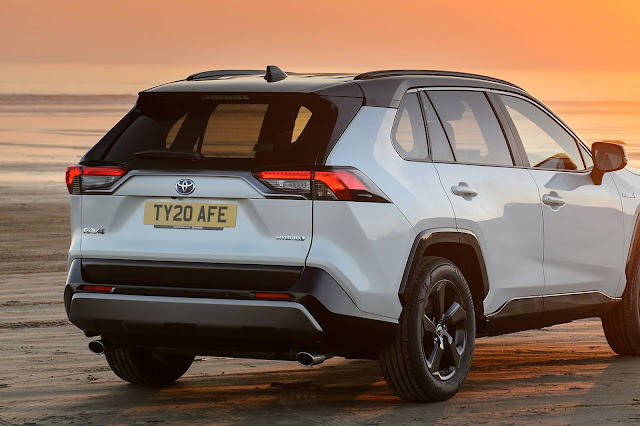 In the first episode the little Yaris popped in a driving score of 86 so what could the Rav4, its much bigger SUV brother do? I don't want to brag but I reached the dizzy height of 90 after a 70 mile drive and even hit 93 for a good part of the trip.

If it sounds that I was puddling around at 40mph just to boost the score I was not. This is driving to the speed limits, so that is up to 70mph occasionally, but doing everything gently so that the batteries can be recharged on the move and give as much electric driving power as possible.

The average for the trip was 47.3mpg but the most telling figure is 46.2mpg at the end of a week's driving which is impressive for a petrol SUV.

In fact fifth generation Rav4 was impressive all round which came as a bit of a surprise. Not a car I have ever taken to, dull to look at, dull to drive, although am clearly in the minority because it is the world's best selling SUV.

Like Yaris the Toyota designers have gone back to the drawing board and with the help of a spanking new platform have created a totally different animal. And this one is roaring!

We shouldn't be surprised by the dynamic styling of Rav4. For years Toyota design has been far too cautious but everything changed with the daring CH-R crossover and things have been on the up ever since.

The new platform has boosted two important elements: space and handling. New Rav is a tad shorter than its predecessor but has more cabin space with loads of rear legroom and a big boot. And with a lower centre of gravity the car's handling has been transformed.

Not that you can go rallying. The car has been set up for comfort but because its sits closer to the tarmac there is far less body roll. Some will prefer rivals with even sharper handling but I think the compromise between comfort and driving dynamics is spot on.

The cabin has been designed to make another powerful statement with better quality trim and typical bullish SUV design. Compared to the minimalist look of a Volvo XC60 or Peugeot 3008 the Rav is far busier. It has a large central touch screen where you can see navigation directions, radio stations and the like, but heating controls are conventional with a couple of oversized switches which are easy to see and easy to use so eyes are fixed firmly on the road and not searching for the fan or temperature control.

Move to the driver's binnacle and things are a bit too busy with the focus on everything hybrid, so much so that I didn't spot the digital speedo for a while because it is stuck at the top like an afterthought.  I spent a while pressing buttons in the hope of changing the display but without success. I suppose the readouts are important because hybrid is the only Rav4 on offer although that does not phase me.

The encouraging mix of performance, economy and low emissions is becoming a real tonic. Stab the fast pedal and Rav4 is off the line in a flash. There is no worry about balancing the clutch and getting the right revs for a quick getaway, it is handed to you on a plate and the power surge goes on and on. Be warned, too much of that will seriously hurt economy but it is good to have a blast now and again.

The all wheel drive Dynamic model comes with all the bells and whistles, which is reflected in the price, but one piece of good news is that this is a hybrid with a reasonable towing capacity.  The Rav will pull 1650kg which is a family sized single axle caravan.

So a lot going for the new Toyota whether you want a big family car, a tow car, or a company motor because here it is like living in a tax haven with a very low benefit in kind penalty.

There is just one irritation that Toyota should sort out and that is the painfully slow and noisy powered tailgate... but it was still difficult giving this car back.