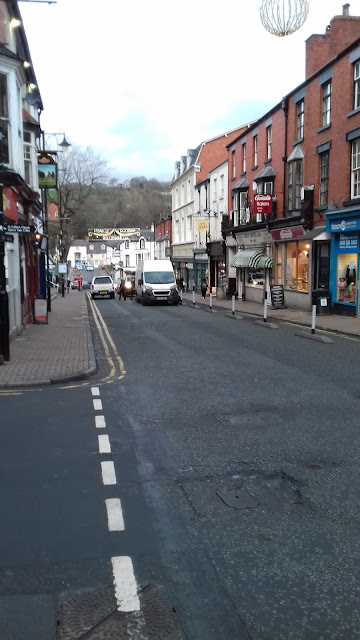 * A problem with unloading outside
Barnardos charity shop. 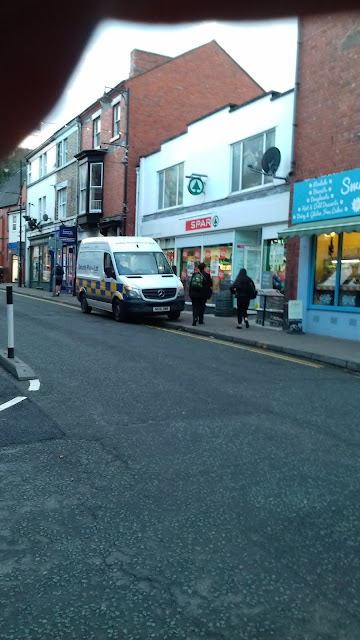 Businesses in the town centre don’t feel their views were properly listened to before the county council made a series of major changes to Llangollen’s traffic system, according to the man who is acting as their spokesman.

But former Chamber of Tourism and Trade chairman David Davies says that after taking him on a guided tour of the area and meeting some of the traders this morning (Monday) the county councillor who authorised the moves had “definitely been listening” to what they told him.

The changes, which are aimed at making for easier social distancing, include widening pavements in Castle Street - removing its on-street parking bays - and on Abbey Road reversing the one-way traffic flow in Church Street and making Market Street partially one-way.

Just  after the moves were brought in an online petition to the county council gathered scores of signatures from people who were opposed to the changes.

And Mr Davies issued an invitation to County Councillor Brian Jones, Denbighshire’s lead member for waste, transport and the environment, to come to the town and speak to traders who say their businesses have been adversely affected by the package.

This morning Cllr Jones, accompanied by Ben Wilcox-Jones, the senior engineer who oversaw the changes, and Llangollen county councillor Melvyn Mile, was taken on a tour of the town centre by Mr Davies.

Mr Davies said: “I asked for the meeting with Cllr Jones because people with businesses in the area didn’t feel sufficient weight was given to their opinions about how the new scheme would operate.

“They didn’t feel they were listened to.

“We met the people involved in various businesses affected, including the book shop, cafe and gift shop in the courtyard off Castle Street, the Barnardos charity shop, Trespass, the butchers, the jewellers and The Bull public house.

“They all told him in detail about how they are being affected by the changes and many of the complaints concerned the lack of adequate loading and unloading facilities in Castle Street and Market Street.

“There were also complaints about the loss of the ability for people to leave their vehicles for a few minutes to ‘pop and shop’ and the lack of suitable disabled access.”

Mr Davies added: “I thought it was a very worthwhile meeting and I’d like to thank Cllr Jones for agreeing to meet us.

“I got the impression that he was listening to what he was being told and he said he would now discuss the issues raised with Mr Wilcox-Jones.

“I was asked to be the co-ordinating point for any further feedback from the local business community.”

Councillor Jones said: “We were pleased to take up the opportunity to meet up with some of the traders in Llangollen.  The main issues of concern they raised were  around the loading and unloading restrictions, enforcement and some traffic flow issues on Castle Street.

“We thought it was a very constructive meeting and we welcomed the opportunity to discuss the changes directly with them and to listen to their concerns.

"We have made a commitment from the beginning of the scheme to continue to monitor the position and review the changes on a regular basis."