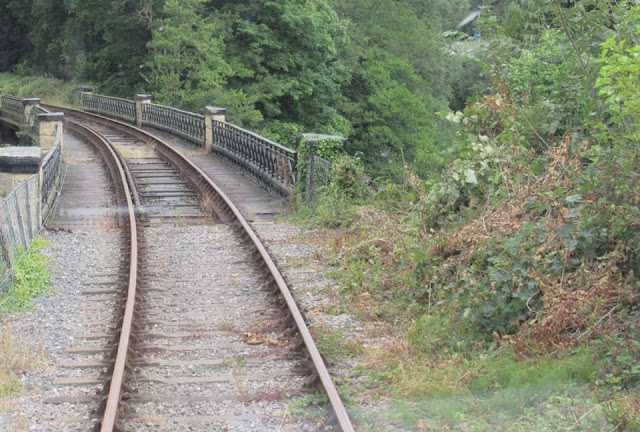 * Thanks to a successful appeal Dee Bridge can now be repaired.

The appeal to raise enough cash to repair a Victorian bridge vital to the running Llangollen Railway has reached its target.

As llanblogger revealed in October, the railway put out an urgent call to its supporters for £15,000 to revive Dee Bridge, built in 1865 and now in desperate need of new timbers if it is to continue to carry services over it next year.

In a Facebook post fundraising officer Paul Bailey said at the time: "If we are to run trains over the Dee Bridge next year we first have to renew the timbers on the bridge.

"This work, including purchasing the timbers, is costing £15,000 - monies the railway currently has not got.

"We have therefore launched an appeal to raise these monies without which we will not be able to carry out the necessary repairs to run train services in 2021."

Now a railway spokesperson says Mr Bailey has announced the total was reached last Friday and already been used to pay for 18 new lengths of profiled timbers for the bridge repairs.

The spokesperson added: “This past week has seen a volunteer workforce lift the track from the three-span bridge and remove the old timbers ready for a reassembly exercise in the new year.”