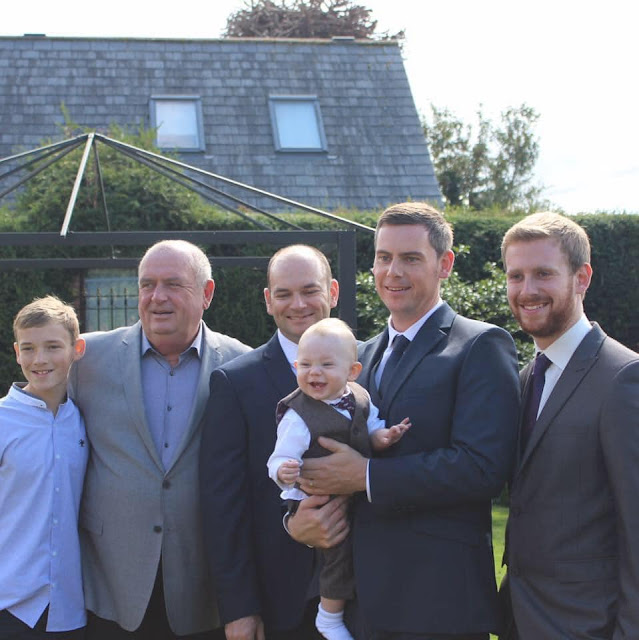 * Peter Lingard, second from left, with members of his family.

A well-known character in Llangollen for many years, Peter Lingard, has died in Thailand at the age of 69.

Peter came to live in Llangollen over 30 years ago and soon developed many ties to local stage organisations, including the Operatic Society and the society’s junior section, The Young ‘Uns, of which he was a founder and director.

He was perhaps best known as the director and star of the St Collen’s annual pantomime.

For a number of years he ran the Welsh Love Spoon Centre gift shop at the corner of Market Street and East Street.

He moved from Llangollen and eventually went to live in Thailand where latterly he had been running a country club in Pattaya.

Peter leaves a family in this country.

Paying tribute to him, one of his sons, Nick Lingard, said: “He was a man of great character and had the power to light up the room within seconds! I’m sure a lot of you hold many happy memories with him from his many ventures down the years! He is going to be truly missed all over the world.”

Posted by llanblogger at 4:28 PM