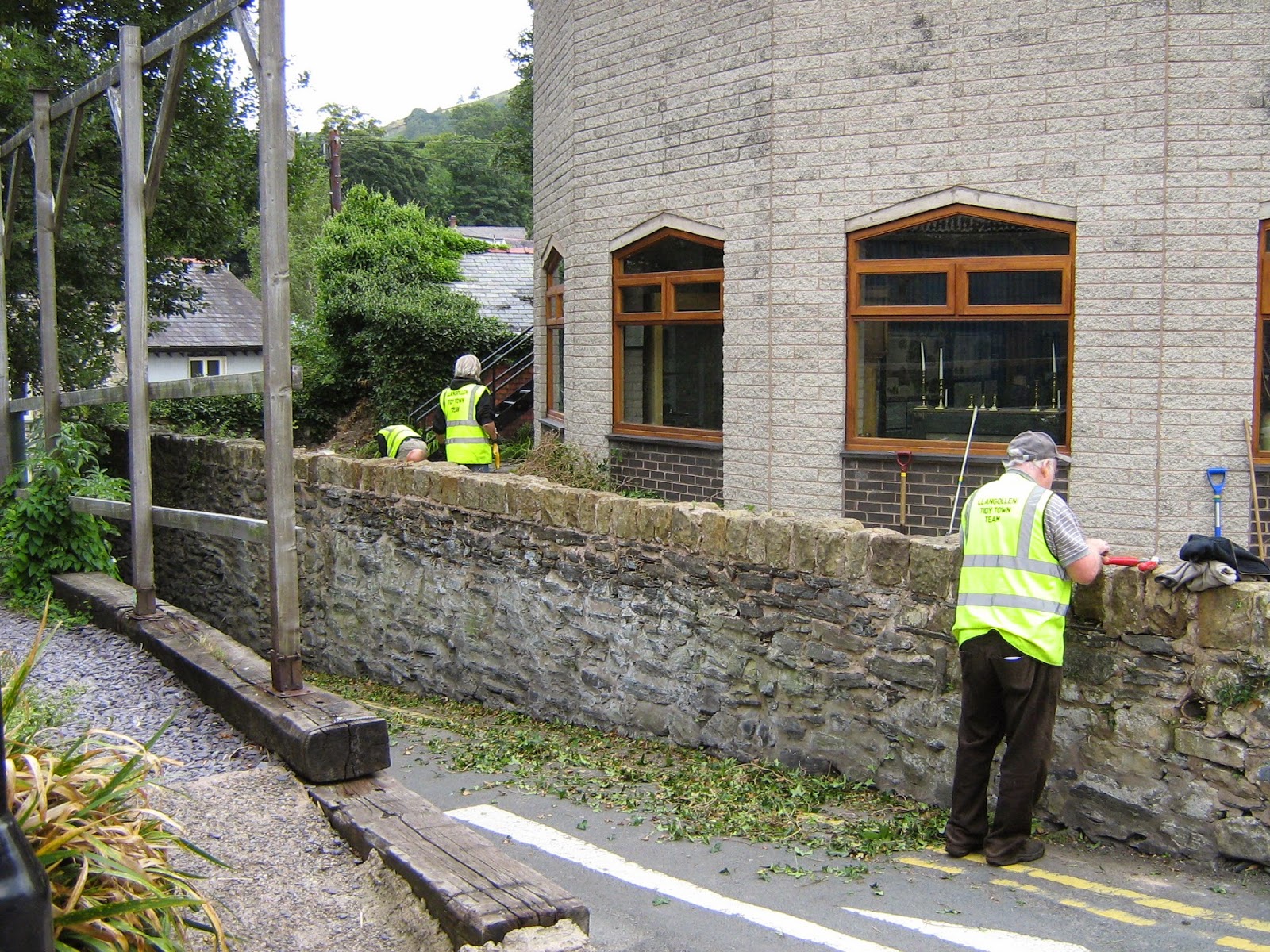 * Members of the Tidy Town Team at work near the museum.

A band of dedicated volunteers from Llangollen  Tidy  Town  Team put in a total of 690 hours of unpaid work last year, ranging from litter picking to painting.


The facts about the team’s activities during a busy 2014 are revealed in the latest annual report of the organisation, which was formed in 2006 and currently has a membership of 20 plus a couple of would-be volunteers on a waiting list.


Co-ordinator David Davies says in the report: “Litter clearing activities continue with Dinas Bran Castle Hill, the roadside along by the `Hawthorn’ sculpture, along the Panorama, the sports fields, the wharf area and canalside being annual work locations.
“New tasks this year included repairing some and re-varnishing six benches in the grounds of Plas Newydd and cleaning and painting the entrance route to the rear of the Catholic Church.


“We also applied our `gardening’ skills to the much-overgrown area in the town centre between the Tourist Information Centre and Town Hall and continued vegetation thinning in Riverside Gardens, our sixth year of so doing.  Here we also repaired a picnic table and supplied and installed another new table.


“In Riverside Park we painted railings and carried out some renovation and cleaning of the mini-golf area before releasing our energy on some more Himalayan Balsam.


“Our efforts have been acknowledged by a Llangollen Civic Society Award this year for `considerable contribution to the appearance of the Town.’


“Finally thank you to the members of the team for their 690 hours of voluntary work during the year.”


Llangollen county councillor Stuart Davies said: “I’d like to pass on to the team my congratulations for a job well done. I applaud them.”
Posted by llanblogger at 8:39 AM