Old King Cole is usually such a merry old soul, but he isn’t at all happy when wicked wizard Abanazar steals his magic crown.

Not even his special pipe and bowl can cheer him up as he makes an appearance in this year's stage extravaganza by Llangollen Pantomime Group. 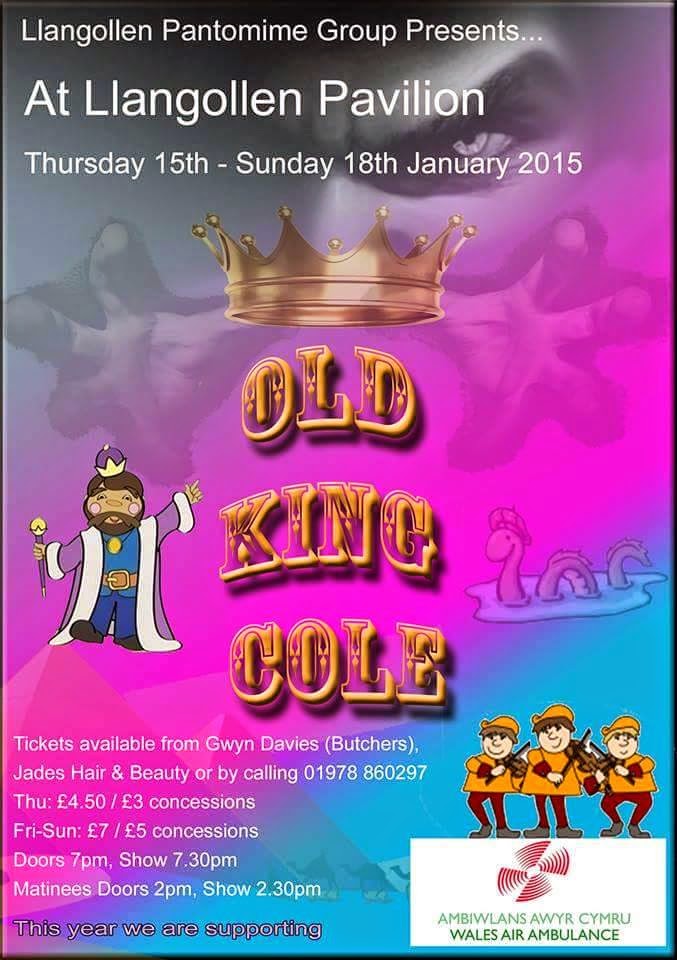 The show's hero Jack embarks on a mission to retrieve the King’s crown from Abanazar’s clutches and the saga takes him, Rhubarb the Fool, Candy the Dame and three witless fiddlers on a journey to the shores of Loch Ness and the great pyramids of Egypt, before they can all return to Merrivale where Jack’s true love, the beautiful Princess Rose, anxiously waits for him.


Will Jack succeed in his quest to get the crown back and thus win Rose’s hand in marriage?  Will Candy the dame ever return to make sweets for her confectionary emporium, or will she elope with Jock the Scotsman, or even the Egyptian mummy?
Anything is possible in panto land.  Let’s hope it all ends well, or else doom and gloom will persist in Merrivale forever!


Tickets for the panto are now on sale from Gwyn the Butchers and Jades Hairdressers or by phoning 01978 860297.

Posted by llanblogger at 7:13 AM