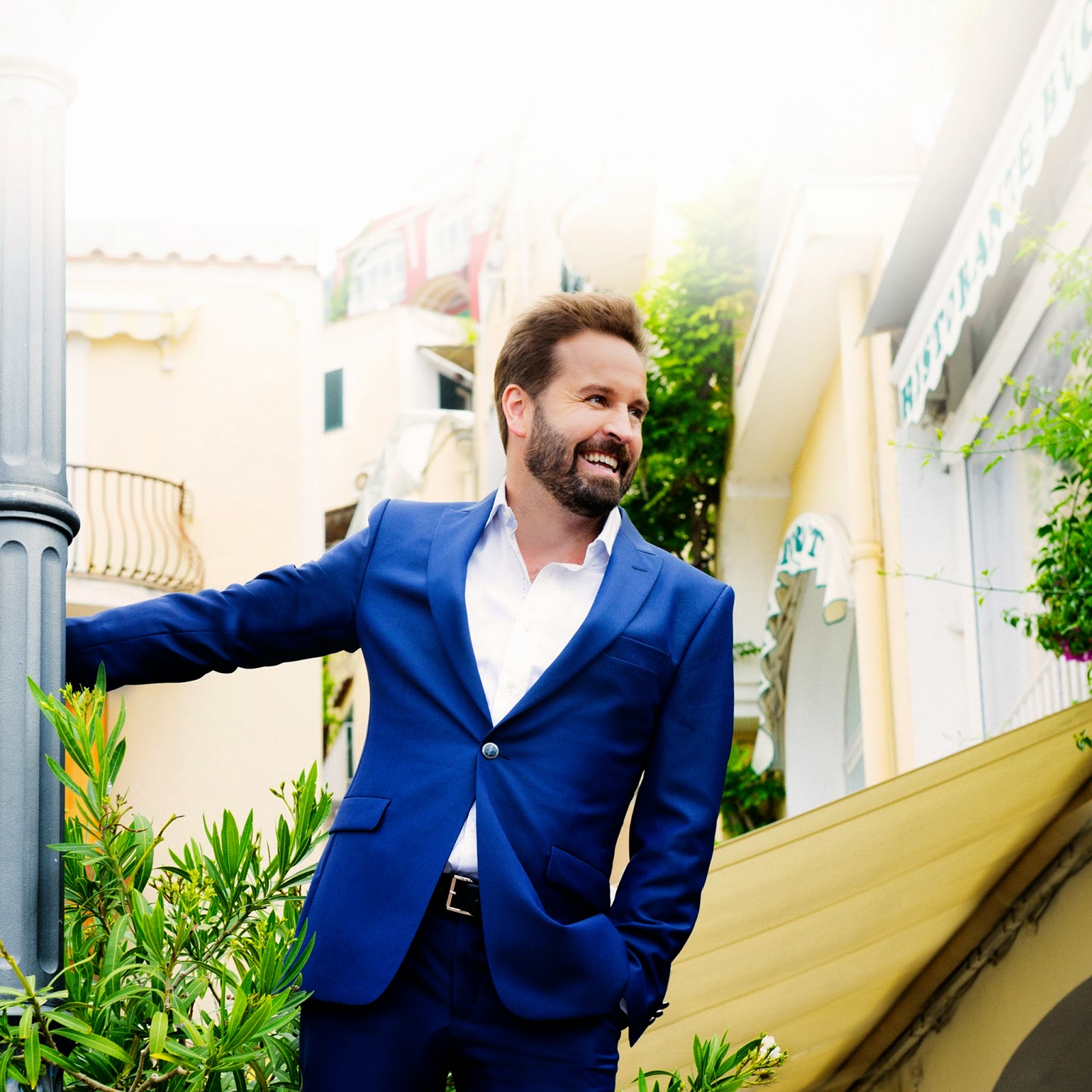 * Alfie Boe will headline at this year's eisteddfod.
Superstar tenor Alife Boe is heading back to North Wales.
The classical heart-throb, has sold one and a half million records, been at number one in the classical charts many times and performed on Broadway, will be taking centre stage at this year's Llangollen International Musical Eisteddfod.
Boe, dubbed Britain's Favourite Tenor, will be performing songs from musical theatre and movies at the glitzy evening concert on Thursday, July 9.
Joining him will be Welsh singer Sophie Evans, who went onto star as Dorothy in the West End production of The Wizard of Oz having finished runner-up in the TV talent show Over the Rainbow, classical saxophonist Amy Dickson along with Jonathan Antoine, the classically trained tenor who rose to fame on Britain's Got Talent.

The concert is being sponsored by the award-winning care organisation Pendine Park that's celebrating its 30th anniversary this year.

Proprietor Mario Kreft MBE said: "We're absolutely delighted to have the opportunity to sponsor what promises to be a magical night of musical entertainment in such an important year for Pendine Park."

“This isn’t his first appearance at Llangollen of course and audiences have always responded to him, he is definitely a firm favourite. But this will be the first time we have had a concert which will specifically celebrate musical theatre and movie themes. It will be a wonderful night and one not to be missed.”

For his part, Boe was delighted to have the opportunity to return to the Llangolllen stage, following in the footsteps of his hero, the legendary Luciano Pavarotti.

He said: “It’s a lovely festival, that’s why I keep going back. This will be my third visit I think.

“There is always a great audience and I know they will be up for a good night. I have always had a great reception at Llangollen.

“The programme will include some of the top songs from a great many of the very best musical theatre shows and film scores. And of course there will be a few surprises too.”

Boe’s concert will be one of the highlights of another packed week which will begin on Tuesday with Children’s Day and the Parade of Nations, led by Eisteddfod President Terry Waite before the evening Heart of Llangollen concert featuring a galaxy of international talent.

Highlights of Wednesday will include the debut of the International Young Musician of the Year and the Children’s Choir of the World while Thursday’s competitions will see another first, the International Voice of Musical Theatre Trophy.

Friday’s Open Category for choirs will showcase styles like gospel, barbershop, jazz, pop and glee styles and will also see the International Voice of the Future decided with the prize including the chance to sing at one of the evening concerts the future.

The Blue Riband event, the Choir of the World for the Pavarotti Trophy, is decided on Saturday night as well as the Lucile Armstrong Dance Final and Sunday sees the Eisteddfod let its hair down for Llanfest before the climactic final concert.

Meanwhile, Boe has a hectic few months ahead before he arrives at Llangollen including the world premiere of a "symphonised" version of The Who’s rock classic Quadrophenia at the Royal Albert Hall.

He was born in the Lancashire fishing port of Fleetwood to an Irish mother and a Norwegian father and was the youngest of nine children.

His big break came when he was spotted by a businessman singing operatic arias as he cleaned cars in his job as a trainee mechanic.

The businessman, who had links in the music industry, suggested Boe audition for a London opera company which he did and that proved a turning point as he was quickly accepted.

So he upped sticks, moved to London and studied singing at the Royal College of Music, the national Opera Studio and joined the Royal Opera House’s Vilar Young Artists Programme.

He went on to conquer the world’s most prestigious opera stages, lead the cast of Les Miserables for nearly a year, and steal the show at the Queen’s Diamond Jubilee.

Last year he appeared on our small screens, starring in ITV’s biggest programme of the winter, Mr Selfridge, as music-hall singer Richard Chapman, and last year saw the release of his best-selling autobiography, My Story.

Now 41, Boe is married to Sarah, whom he met in San Francisco while rehearsing for La Boheme, and they have two children.

He added: “I certainly had a lucky break when the guy suggested I audition for an opera company. I’ve been so lucky but it has also been hard work.

“There have been so many highlights from the West End to New York but I suppose one of the best moments was singing on the balcony at Buckingham Palace as part of the Queen’s Diamond Jubilee Concert.

“It’s not every day you get to sing at Buckingham Palace. It was just a wonderful occasion. I sang ‘Somewhere’ from West Side Story alongside American soprano Renee Fleming. Now that would be a song I’d love to sing at Llangollen.”


The feelgood atmosphere of the Eisteddfod field through the week as hundreds of competitors and thousands of visitors mingle with spontaneous performances breaking out.
Visitors can enjoy live music at the 200-seat S4C Stage, join in with dance workshops or just soak up the heady atmosphere throughout the week world-class competitors perform in a spectacular celebration of cultures with stunning choral music and lively traditional dance, especially on Folk Friday when the outdoor stages will feature world-class music and dance.
To book tickets and for more details on the 2014 festival go to the website at www.international-eisteddfod.co.uk
Posted by llanblogger at 10:56 AM