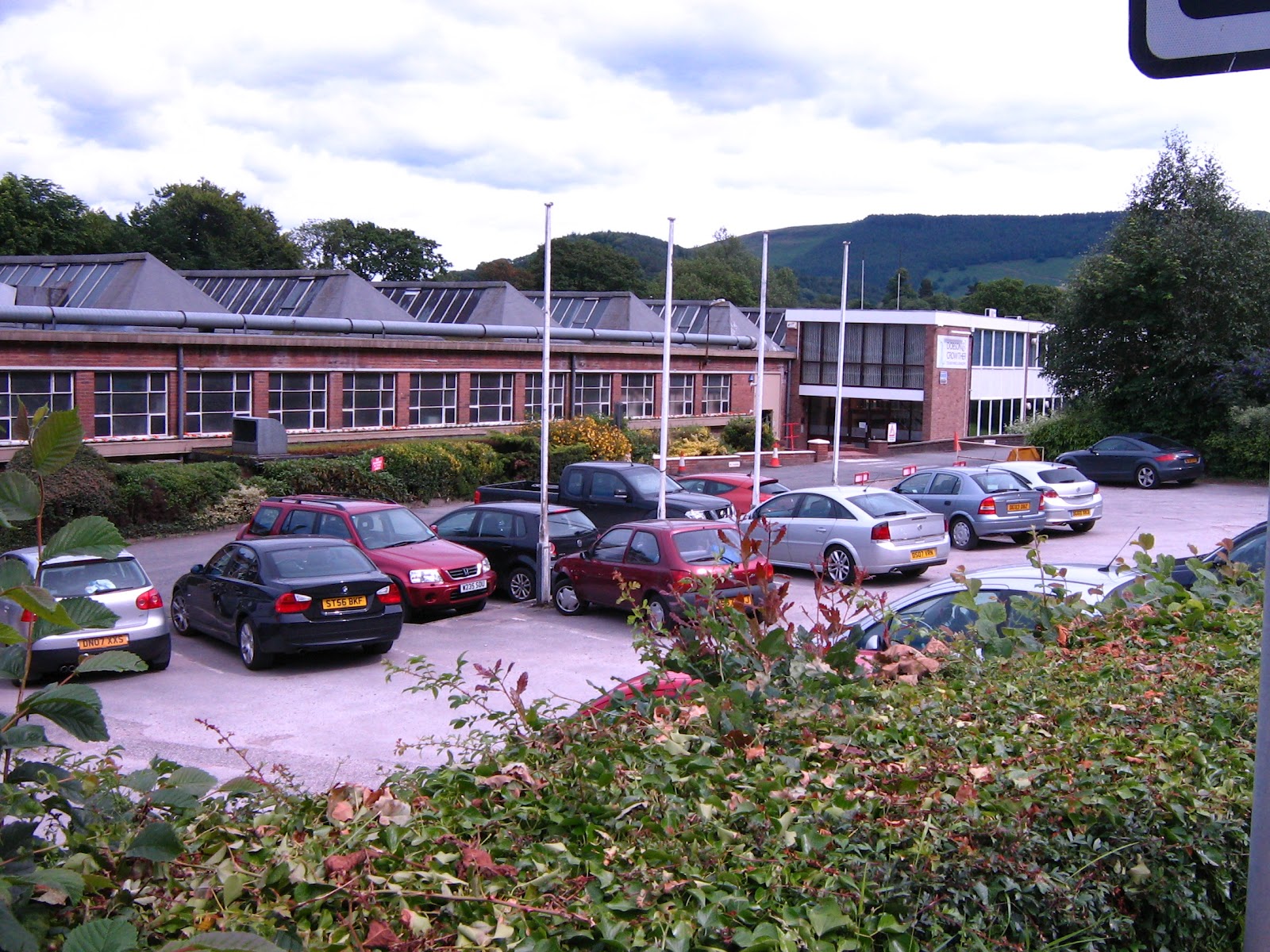 * The Dobson & Crowther site where the new Sainsbury's store is due to be built.
Sainsbury’s is reviewing its plan to open a new supermarket in Llangollen, which it says will create 130 jobs.


Despite claims from campaign group Keep Llangollen Special that it would severely impact on the viability of local businesses, the plan to build the 20,000 square foot store was approved by county planners in the autumn of 2012.
Sainsbury’s said later that the supermarket would open sometime this year.

And on the basis of the new store being built, local printworks Dobson & Crowther, whose site off the A5 it is due to occupy, recently moved to a new purpose-built factory at nearby Cilmedw as part of a linked planning scheme.

But just before Christmas a Sainsbury’s executive revealed in a letter to Llangollen Chamber of Trade and Tourism that the local supermarket was part of a general review of new store openings it was undertaking.


This was confirmed by a Sainsbury’s spokesman yesterday (Tuesday) who said in a statement to llanblogger:  “We are reviewing our plans across a number of supermarket sites, including Llangollen. Once we are in a position to do so, we will update people on our future plans.”

Llangollen county councillor Stuart Davies, a strong supporter of the scheme, said: "There are 130 jobs at risk here and contrary to the patronising nonsense put out by opponents, well paid jobs.

"People in our community are looking forward to working in the store. Legally binding Section 106 agreements were part of the planning process and I am sure that Sainsbury's will take all factors in to account if they are reviewing this project."
Martin Crumpton of Keep Llangollen Special said: “While Keep Llangollen Special has no wish to raise false hope, this is a remarkable departure from their [Sainsbury's] recent hard-line position and is encouraging as it means the threat over local jobs – the statistics are that edge-of-town supermarkets destroy on average 176 jobs within a 15-mile radius – it would also safeguard the essence of Llangollen that attracts so many visitors, its distinctive lack of cloned retail chains bearing testimony to the value of our small traders.

“However, even if this turns out to be a false hope and Sainsbury’s go through with constructing it, KLS will continue fighting it until the economics of online shopping and boycotting forces it to close. Our immediate concern will be the remaining jobs at Dobson & Crowther. We will continue to monitor the situation closely.”

Speaking to the Leader, Ken Skates, Assembly Member for Clwyd South, described the news as “concerning” as he was “anxious to ensure that Llangollen benefits from the promised jobs”.

But he added: “It is normal for companies to review operations in this manner and I will be seeking early assurances that work will not be delayed.”
Posted by llanblogger at 10:27 AM