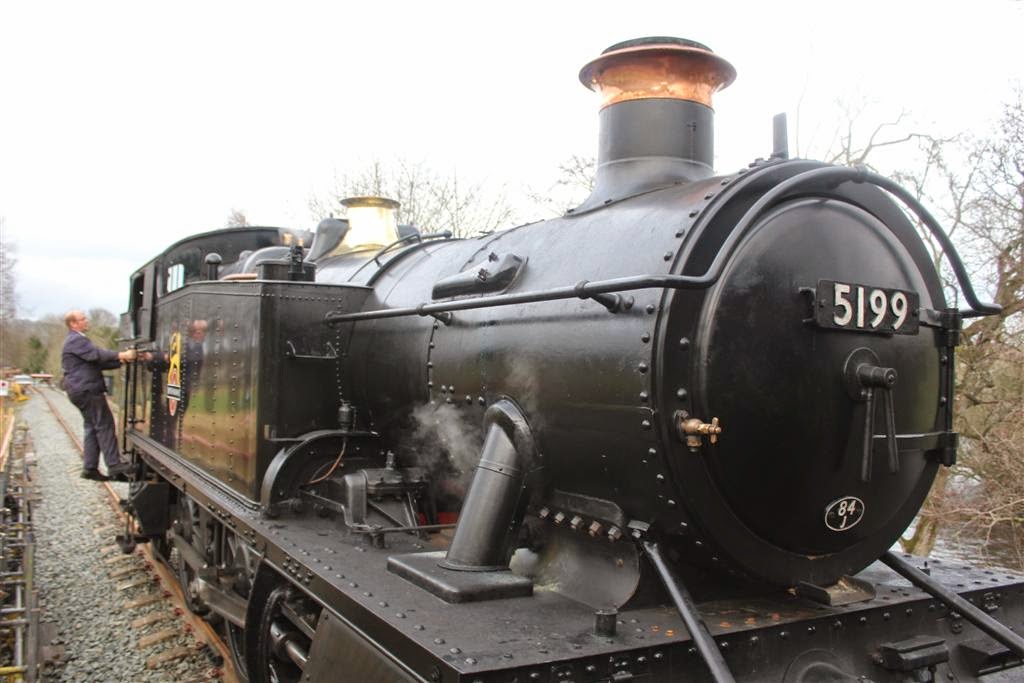 * Engine number 5199 hauled the first New Year's Day train into Corwen for 50 years.
Corwen welcomed its first New Year's Day train in 50 years on Thursday.
Steam engine number 5199 rolled into the new Corwen East station, which is now the far end for Llangollen Railway, hauling the final Mine Pie Special of the season.
Photographers gathered at the gate at Bonwm to see the train heading towards Corwen from Llangollen where there was also a throng of keen snappers.
George Jones, for the railway, said: "Looks like we just had enough mince pies to feed the passenger complement on a day when trains were well supplied despite the late afternoon rain.

"Pity all the snow has been washed away, but still a wintry run along the Dee Valley.

"So ends the Santa/Mince Pie season, but there are still three days of train left to enjoy with the final day of railcars today, Sunday, January 4." 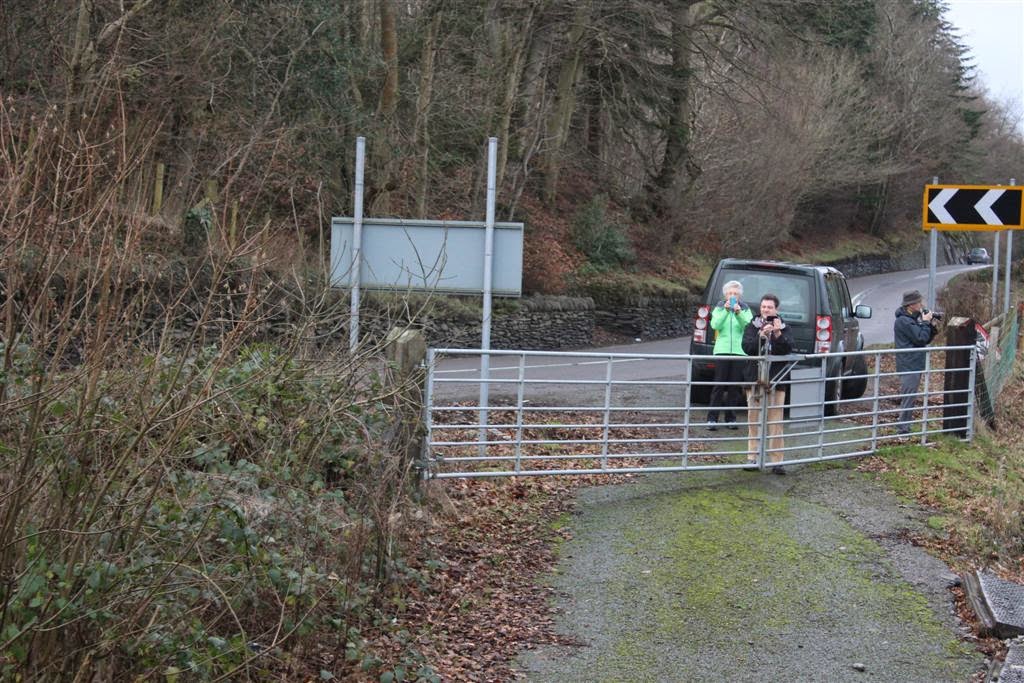 * Photographers wait for the train to pass by at Bonwm. 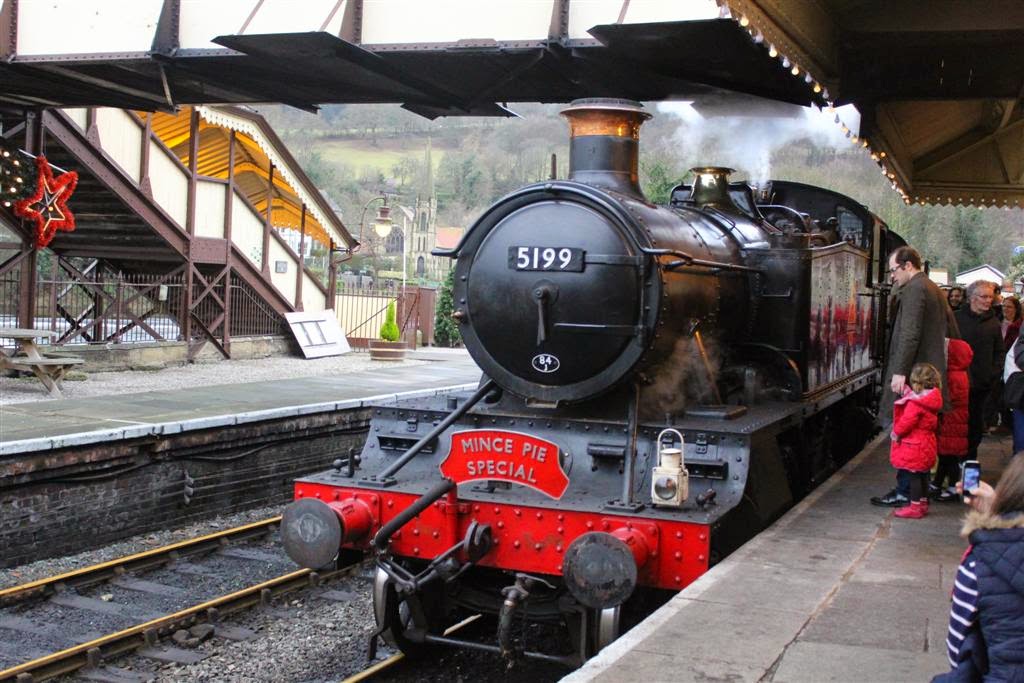 * The Mince Pie Special back at Llangollen station.
Posted by llanblogger at 8:11 AM