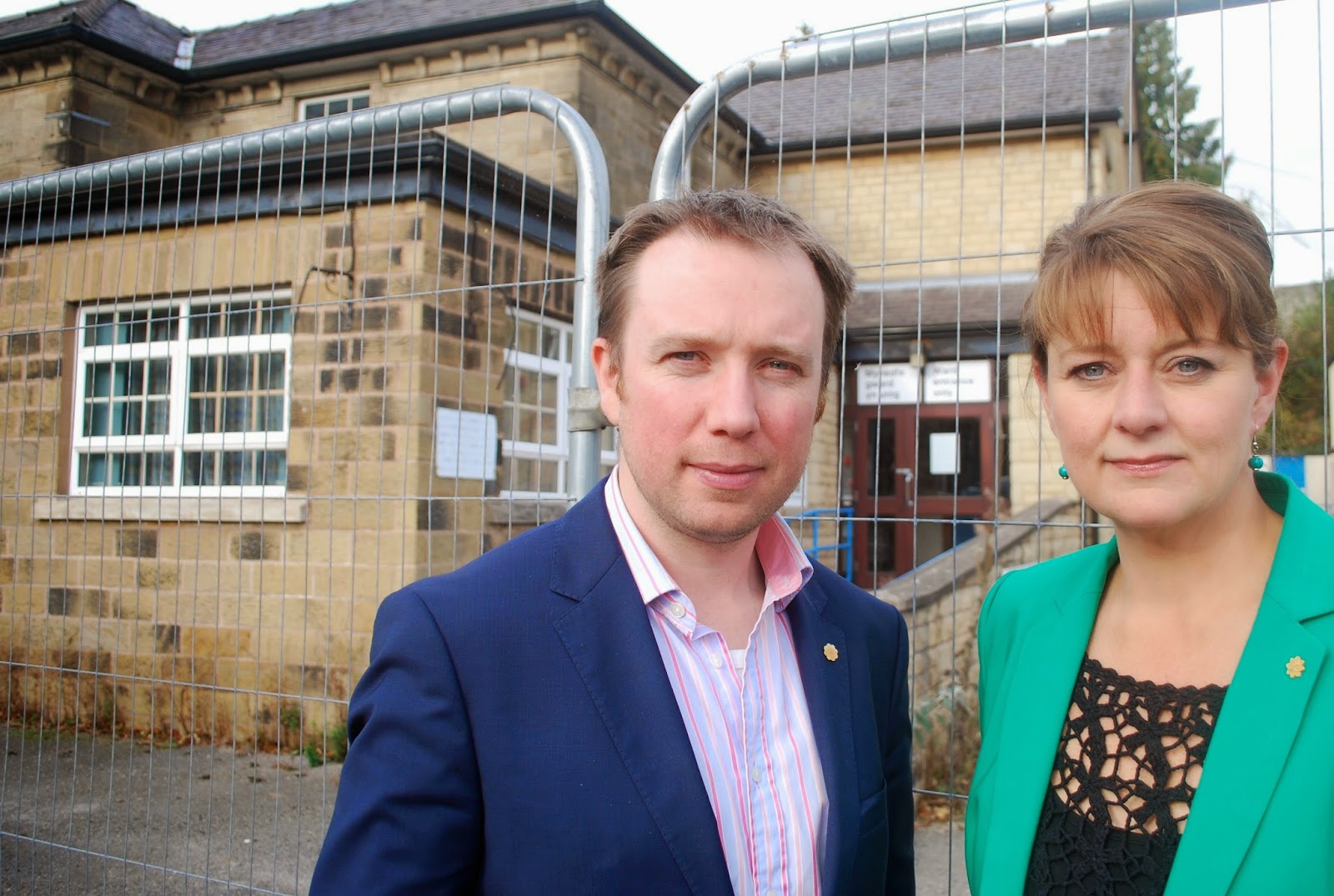 * Mabon ap Gwynfor with Plaid Cymru leader Leanne Wood outside Llangollen Hospital.
Hospital wards should be re-opened as a matter of urgency, following revelations that there are 400 fewer beds in North Wales compared to last five years.
That’s the view of a health campaigner, who made his call in the wake of an emergency medicine consultant at Wrexham Maelor blaming lack of beds for the pressures on A&E.
Mabon ap Gwynfor, of the North Wales Health Alliance and Plaid Cymru parliamentary candidate for Clwyd South, called on the Welsh Government to set a strategic goal that no District General Hospital should have acute bed occupancy levels of more than 80%.
In addition, he said beds should be re-introduced into communities following the closure of four community hospitals in north Wales.
Mabon ap Gwynfor said:  “When we formed the campaign to keep hospital beds in Llangollen, it was exactly because of this reason. We knew that patients would find themselves staying longer in General Hospitals or be discharged only to be re-admitted again immediately afterwards.
“Staff are working extremely hard and it’s unfair to expect them to work in such conditions. It’s not surprising that morale is low when they’re under such pressure.
“This is the consequence of a centralisation agenda by both the Welsh Government and local health board, which has meant taking services away from our communities and also failing to invest properly in a proven alternative before rolling it out. Patients should not be used as guinea pigs for an unproven Home Enhanced Care programme.
“Hospital acquired infections are far more likely to occur in hospitals that have 85% occupancy rates or higher, therefore the partial closure of two wards in Wrexham Maelor over Christmas because of noro-virus should not have come as a surprise. Unless drastic changes are made, this will happen again and it will continue to place significant pressure on the hospital and their staff.
“The Government’s by now regular financial injections merely deals with the symptoms and not the cause. They should use the money to invest in community hospital beds and get the service back to working order.
"By investing in opening wards and re-introducing community beds, this would take occupancy levels down and ease much of the pressure we are seeing with delayed transfers of care and re-admission.”
Posted by llanblogger at 1:35 PM