A stretch of the A5 through Llangollen was cordoned off by police this afternoon (Wednesday) after a man was spotted on to the roof of a property in Regent Street.


A number of police cars along with two ambulances were at the scene for over two hours.

The incident seemed to have drawn to a close by around 6.45pm when the man could no longer be seen. He is believed to have been unhurt.
The ambulances left soon afterwards but the road remained closed for some time.

Traffic travelling along the A5 in both directions suffered considerable disruption. 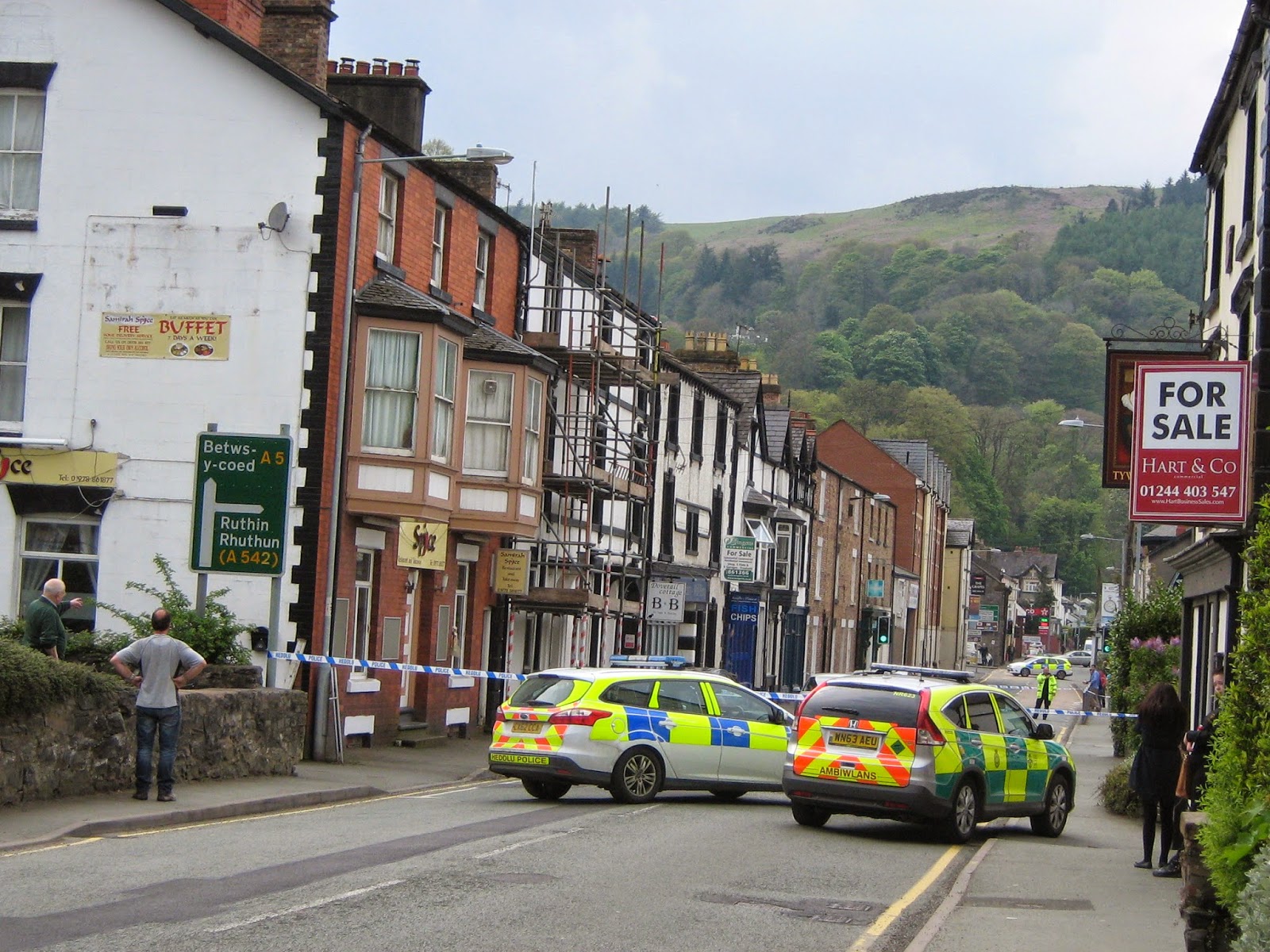 * Police cars cordon off a section of the A5 in Regent Street.
Posted by llanblogger at 7:29 PM