AM ‘delighted’ with health centre progress 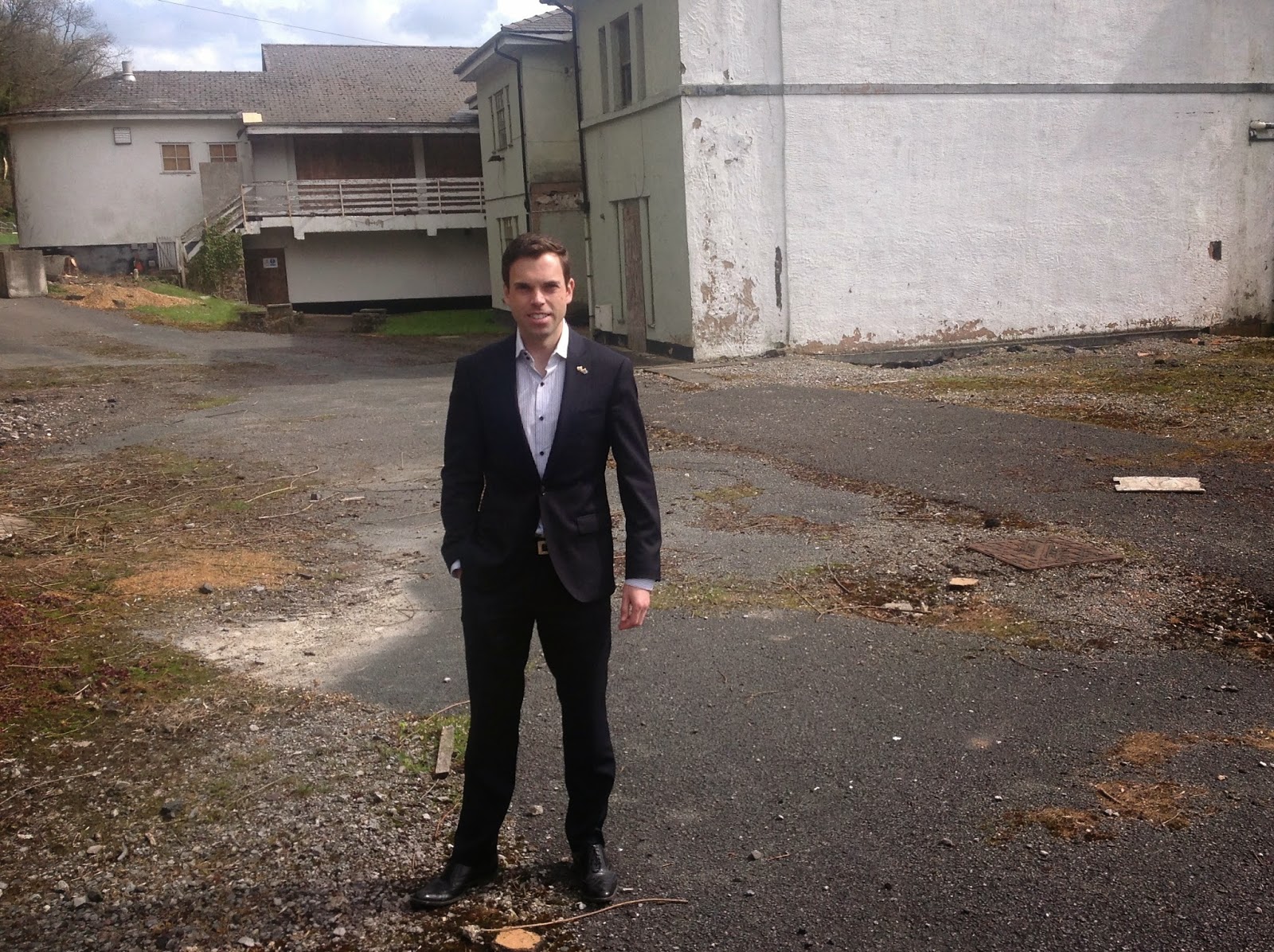 * Ken Skates AM on the site of the derelict River Lodge.

Labour Assembly Member Mr Skates, who is based in the town, wrote to Betsi Cadwaladr University Health Board asking for an update on the long-awaited development after being contacted by constituents – and says ‘the wheels are very much in motion’.

The health board’s plans were approved by Denbighshire County Council in February and include new GP services, midwifery and social care at the site of the former River Lodge hotel on the A539, which was bought by the Welsh Government in 2007 before plans to lease it as martial arts centre fell through.

He said: “Work on clearing parts of the River Lodge site has already begun and surveys are being carried out, and work is expected start proper in early June. This is fantastic news for Llangollen and coincides with a number of other projects which mark the start of an exciting new chapter for the town.

“I am delighted that after a critical report from the Welsh Assembly into the proposed use of the building as a kung fu centre, the health board, local practice and Welsh Labour Government are working together to create a modern, state-of-the-art healthcare facility fit for the 21st century for the whole town. The wheels are now very much in motion.”

It is estimated that the main construction programme will take about 12 months, with the demolition of the former hotel expected to be complete by mid-August this year.

Mr Skates added: “I have repeatedly highlighted the importance of dialogue and engagement with the community with this kind of development, so I pleased that the main contractor has arranged for a letter drop to nearby residents to keep them up-to-date. The company has also promised to provide further updates of their progress over the coming weeks and months.”
Posted by llanblogger at 7:58 AM