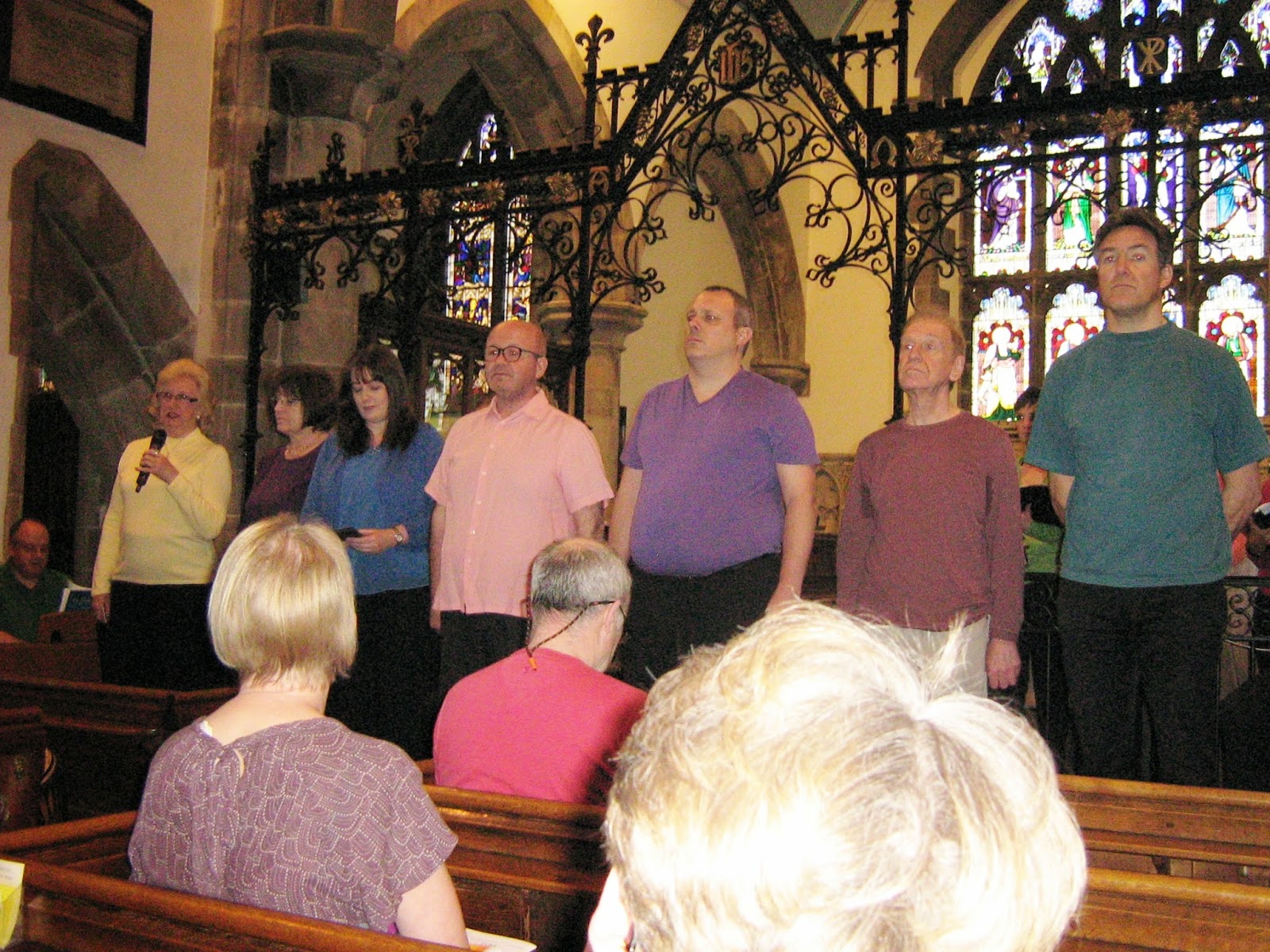 *  A scene from The Feast of Life performed in St Collen's Church on Good Friday.


A talented cast presented a different slant on the Easter story when they staged the musical The Feast of Life in St Collen’s Church, Llangollen, yesterday (Good Friday) afternoon.
It was the first of three performances of the piece, by Marty Haugen and Gary Daigle, whuch is based on the Gospel of Luke.


The second follows today (Saturday) and the final performance is in the Town Hall on Easter Sunday, both starting at 3pm. Admission is free.
Debuted at the 2000 Los Angeles Religious Education Congress, The Feast of Life reminds its audience of the 14 banquets mentioned in Luke’s Gospel and invites them to hear and experience the stories of Jesus.


Ten songs paint powerful musical portraits of key episodes, from the announcement of His birth to the Shepherds to His crucifixion and resurrection.
Along the way there are interpretations of the parables of the Good Samaritan and the Prodigal Son.


The songs come in a range of musical styles from English and Celtic folk music, Broadway, jazz and gospel all performed with aplomb.
It was a polished and thought-provoking performance from all 18 cast members.


Instrumentalists are Harvey and Eve Barratt, Huw and Rhys Penge and Gracie Beavan. Lighting of the church performance area is by John Gambles.
The production, which lasts for about an hour, is a credit to musical director Paul Young and director Peter Harris.


For more details about church activities go to: stcollenschurch.org.uk
Posted by llanblogger at 8:10 PM