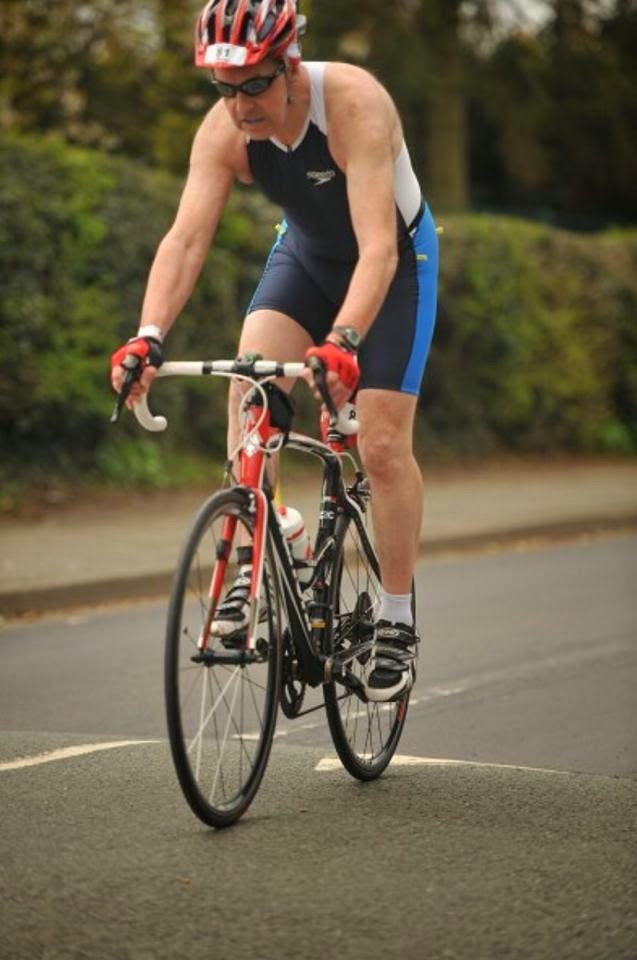 * Mike Edwards completes the cycling section of the event.
An intrepid Llangollen man was amongst the 400 athletes from across the country who took part in Sunday’s Chirk Triathlon.

The gruelling event, now in its 22nd year, featured a 400-metre pool swim at Chirk Leisure Centre, a 24km cycle ride from the centre out to Glyn Ceiriog and back, then a 5km run on single lane roads towards Halton and back.

Mike Edwards from Llangollen completed the challenge in 1:39:54.

Chris Standidge, from Northwich, was the first male to finish the race, and Beth Hughes, who was running for City of Chester Triathlon Club, was the first female entrant to cross the line.

Wrecsam Triathlon Club, which runs the event, has praised the support from North Wales Police, Wrexham Council highways and the leisure departments for their continuing support.

The club has also thanked the local air cadets and guides who assisted on the run course and pool respectively.
Posted by llanblogger at 7:03 AM