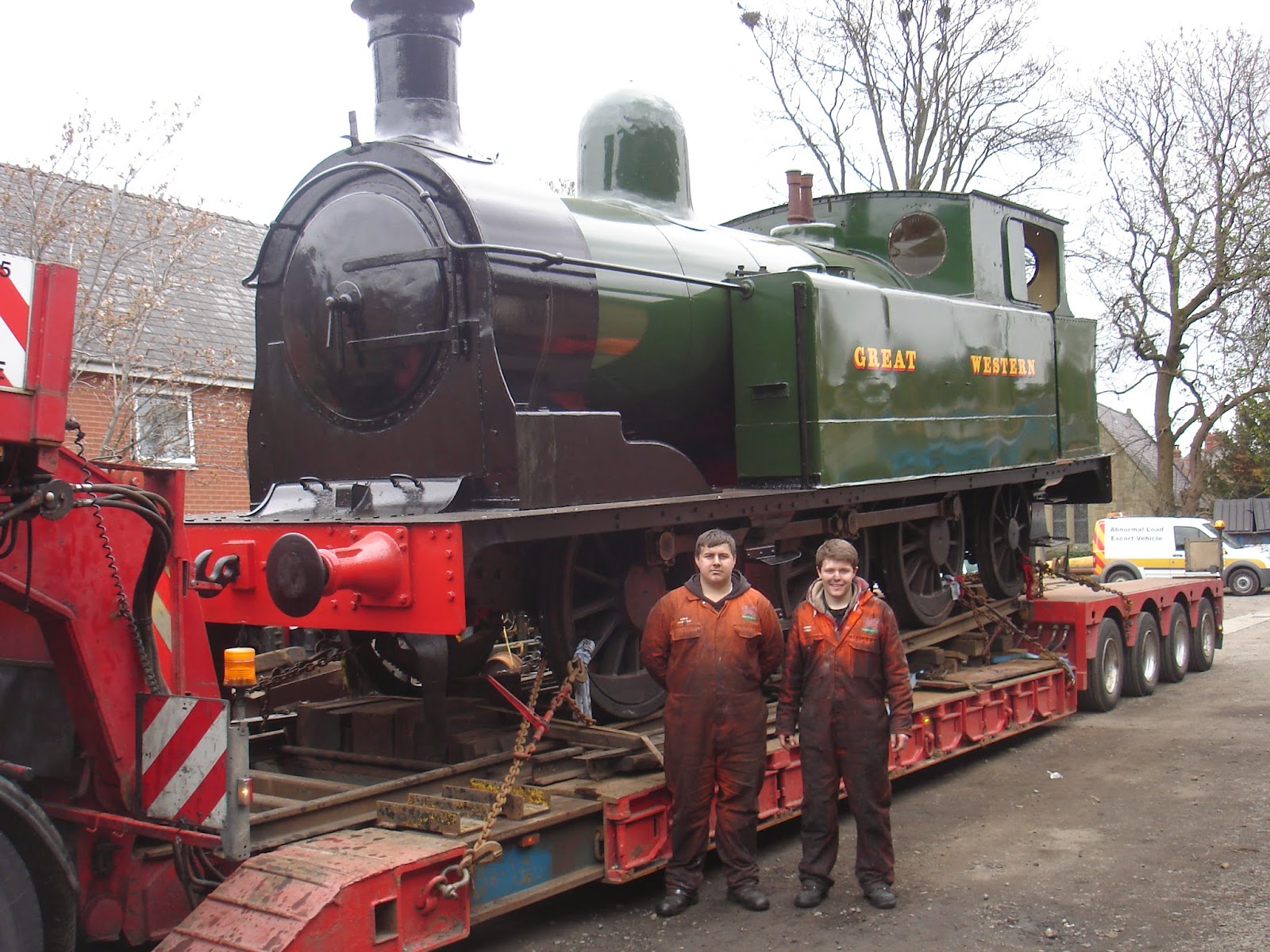 * Luke Denoven and Harry Jones with TVR 28 before it left for Carmarthen.
Picture by Llangollen Railway's chief engineer Dave Owen.

A restored Welsh-built steam locomotive believed to be one of the last of its type has made its way from Llangollen to Carmarthen.

The standard gauge loco known as TVR 28 was built in 1897 and began its journey on the back of a lorry, going via Cardiff Bay's Coal Exchange, on Thursday.

Now painted in Great Western colours, it is going on display at the Gwili Steam Railway with the only Welsh-built standard gauge carriage.

The train was restored in workshops at Llangollen Railway. Before it left the workshop's two first year apprentices Luke Denoven and Harry Jones, both from Wrexham, posed in front of it. They have both played a major role in the loco's restoration.

Posted by llanblogger at 2:08 PM