Llangollen to Corwen train service could start this summer 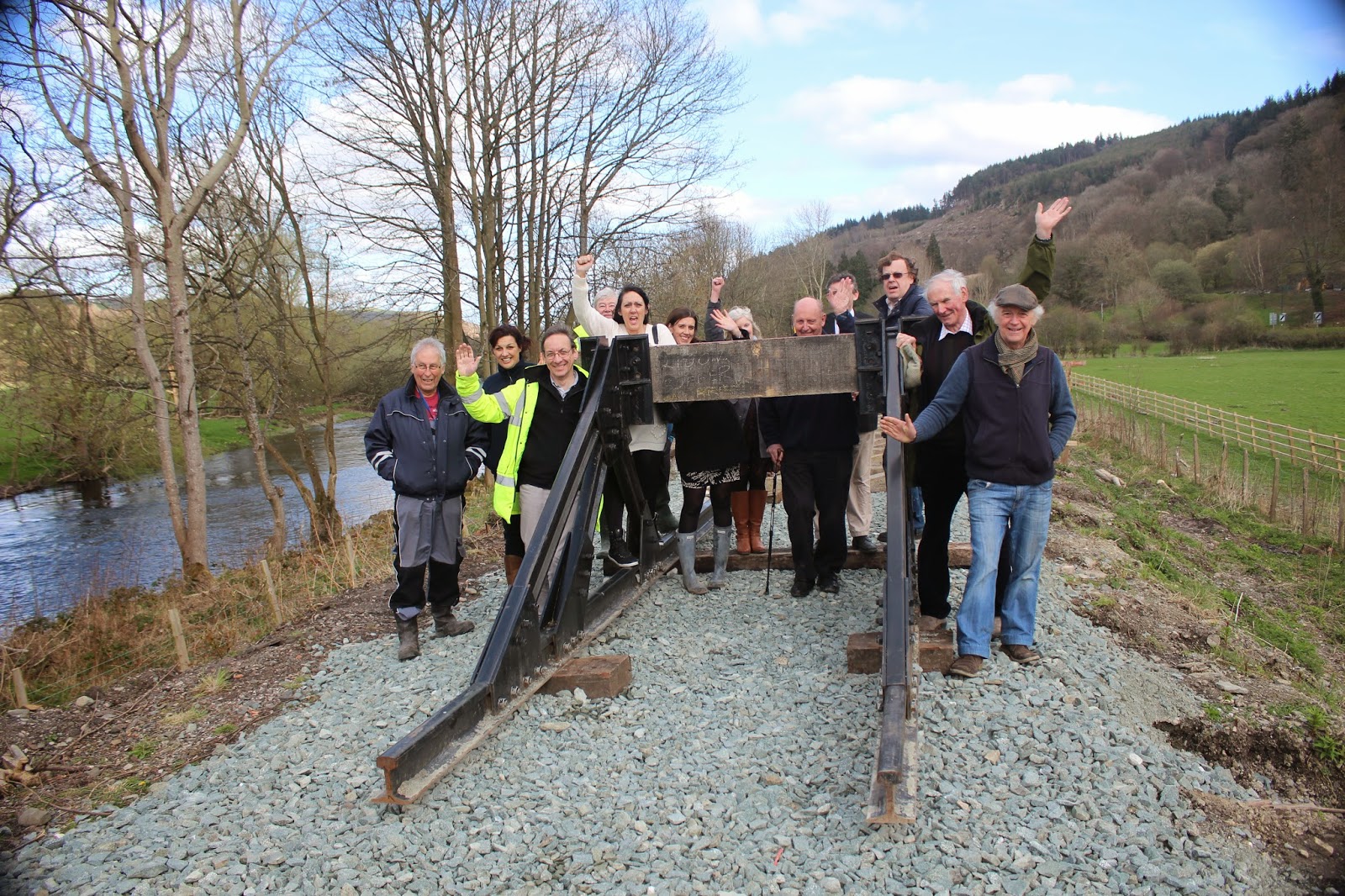 * The celebratory group assembled around the buffer stop.

Trains could be running between Llangollen and Corwen this summer for the first time in almost 50 years.

That’s the word from Llangollen Railway as  the first phase of its ambitious project to restore the rail link between the two Dee Valley towns reaches the end of the line.

A volunteer-led task force has now completed the track extension project to reach the station site at Dwyrain Corwen East.

Track panels laid alongside the footings for the temporary platform were connected to a buffer stop at the end of the track on Saturday, April 5.

Following a project co-ordination meeting on Wednesday April 9, at which the conclusion of the track laying exercise was announced, representatives from the local community and Denbighshire County Council celebrated with a visit to the railhead.

Llangollen Railway Trust chairman, Neil Evans, said: “The occasion was the culmination of a lot of hard work and application of resources over the past three years.

“Whilst a significant moment to celebrate, there is still much to do before trains can operate into the station. However it is evident now that we have almost completed phase one of this exciting rail extension project.”

Thanks to a magnificent response by contributors to the Corwen Sleeper Appeal, new supplies of concrete sleepers were sourced and delivered to the site during March.

With the project’s road/rail machine back in action, the volunteer workforce made good progress when track laying resumed and, as of the end of March, the rail head had exited the cutting west of Bridge 28A and was into the curve heading for underpass Bridge 29.

From that point Corwen town centre was plainly in sight and track laying was again visible for users of the nearby A5 road.

With continued effort in early April, the railhead reached the station site and the buffer stop was put in place sooner than initially forecast.

Next challenge will be the building and installation of the 100-metre platform and associated access ramp leading off the embankment, and specialist help is being sought for this part of the project.

Delivery of over a thousand tons of stone is needed for the top ballasting of the track, with packing and aligning from the aid of a hired in tamper machine.

A railway spokesperson said: “There are various other aspects to be finished off and the length tidied up before the line can be passed for passenger trains.

“However, it is looking hopeful that train services to and from Corwen will commence in the summer of 2014, provided finance continues to come to hand to provide the necessary resources to complete the job.”

Trains last ran between Llangollen and Corwen in December 1964 when the line was axed as part of the notorious Beeching cuts.
Posted by llanblogger at 7:16 AM