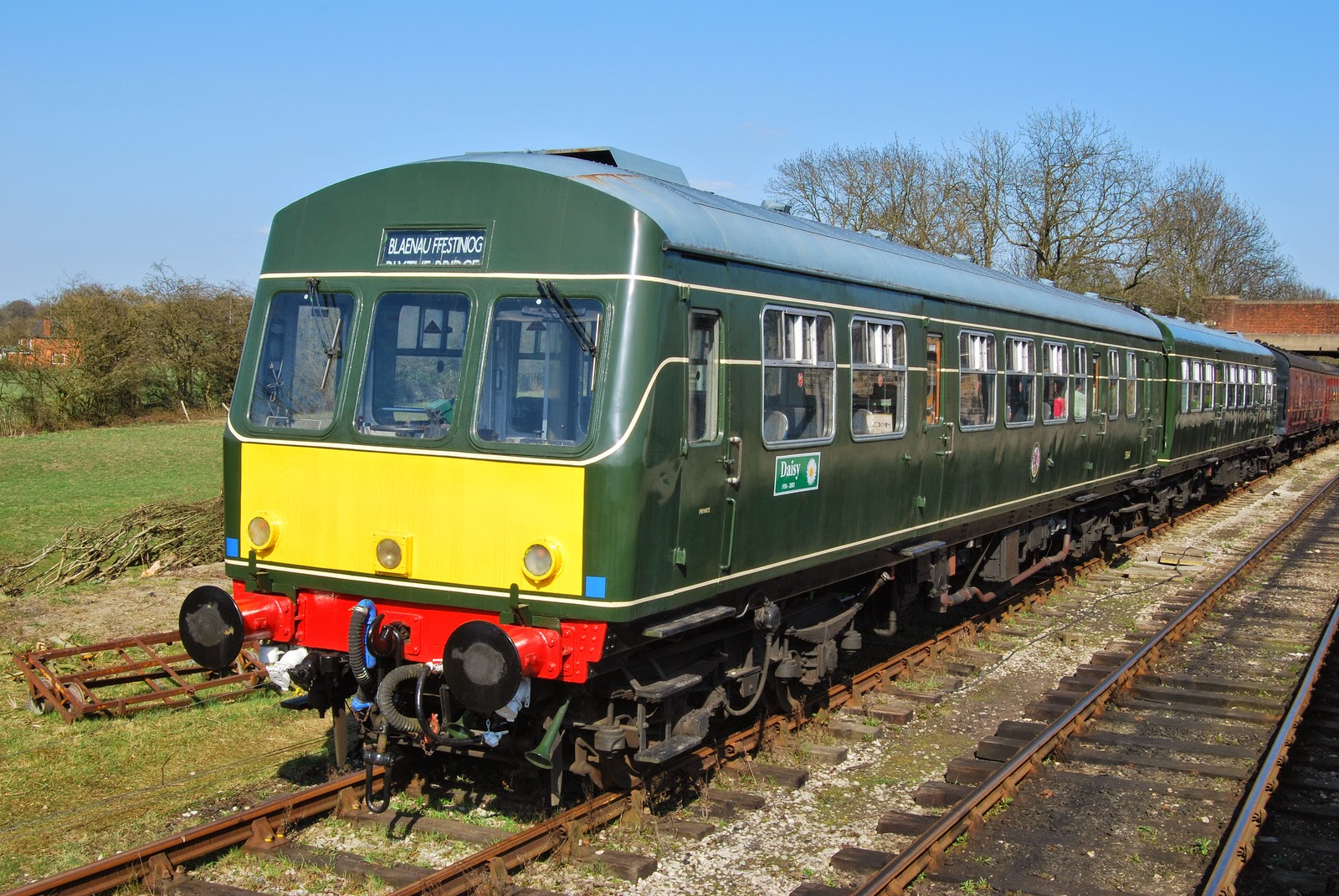 A railcar which was once a famous celebrity in North Wales is to return for a gala at Llangollen Railway over the weekend of June 21/22.

The two-car set, known in its later days as “Daisy”, gained celebrity status in 1994 when it was repainted in historic British Railways green for services on the Llandudno to Blaenau Ffestiniog line.

It remained in service until the last day of heritage railcar operation in December 2003, following which it was bought for preservation.

It later spent brief periods at both the Elsecar and the Chasewater Railways before moving to the Midland Railway in 2009 for contract restoration.

Since then both vehicles have been extensively rebuilt but Daisy has not yet seen public service.

She will arrive in Llangollen in late May where she will be used for driver experience and a photographic charter in the week before the gala, but she will see passenger service at Llangollen for the one weekend only.

The annual Llangollen Gala has established a reputation as being one of the foremost events of its type and features up to 16 departures each way per day with the units working in two, four and six car formations.

This year trains will also travel as far as Bonwm on the new Corwen extension.

As well as Daisy, four of the home fleet of diesel railcars will be in service each day and the line’s DMU Group will be exhibiting their partly-restored Class 105 trailer (made in Sheffield) and its Class 104 power car (made in Birmingham) at Llangollen station where visitors will see the extent of work required in the restoration of trains of this type.

There will be sales stalls as well as the customary Saturday evening social function, which will this year take place at Glyndyfrdwy Station, with a special train operating to the site.

In response to requests, Llangollen station’s buffet is to open specially early at 8.30am for breakfast on each day of the event and all the line’s intermediate stations will also be offering refreshments.

The Class 101 units were built by Metro-Cammell in Birmingham with production starting in 1955.

They were at one time one of the most numerous of the first-generation railcars and six of the type survived to the last day of operation in December 2003.

The oldest of Daisy’s coaches dates from 1956.

Chairman of Llangollen Railcars Evan Green-Hughes said: "We are delighted that Daisy’s owner has chosen to bring her back into service at our event and we are sure that there will be many people who will welcome her back to Wales where she is remembered with so much affection.

“Daisy was brought to Wales because railcars of this era had a unique design which allows passengers to see right through into the driver’s cabs, thus giving them an unparalleled view of the line and scenery ahead – just as the driver sees it.

"I am sure that many people will want to enjoy the view of the Dee Valley in just the same way when she visits us in June.”
Posted by llanblogger at 7:20 AM