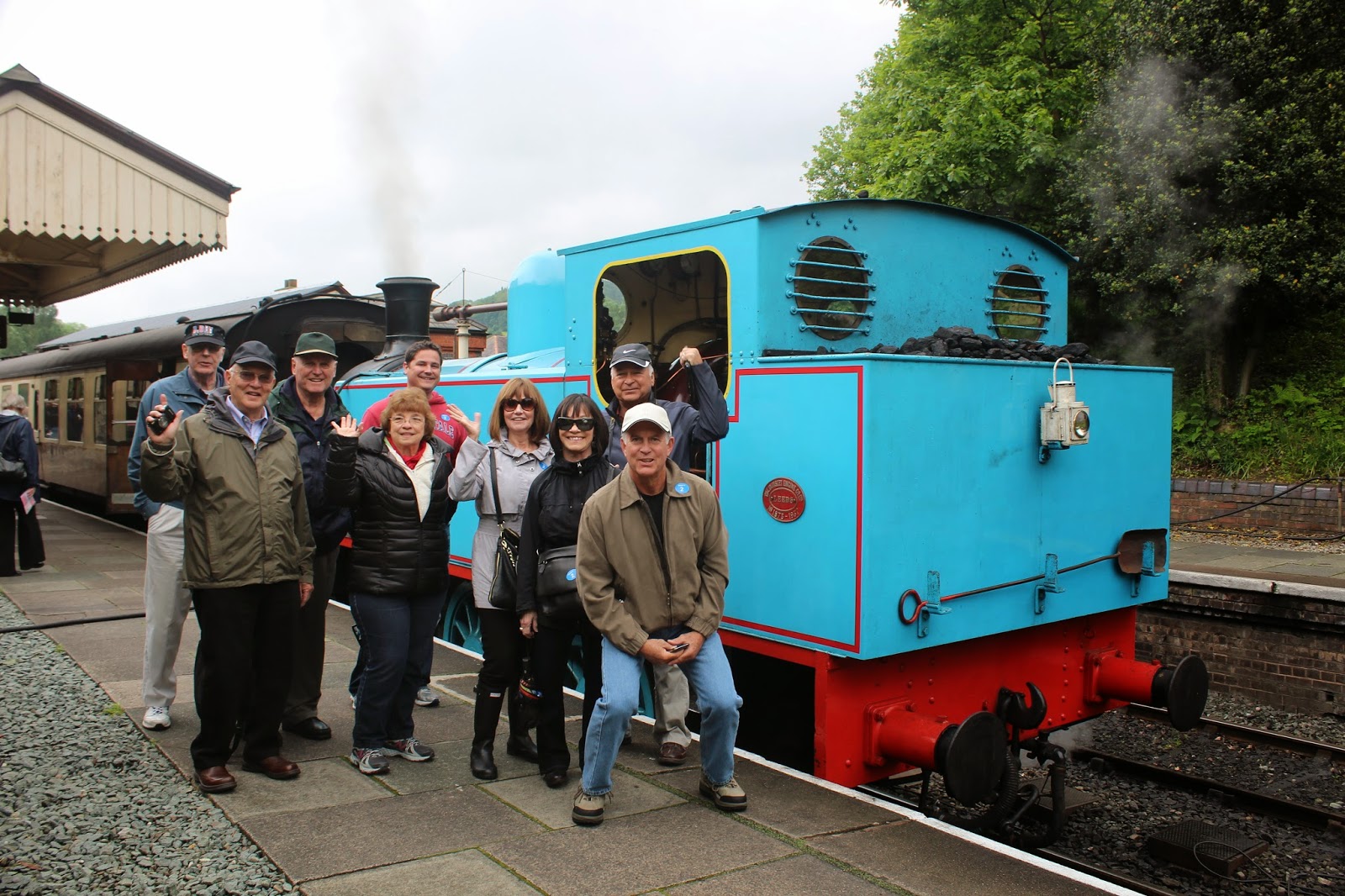 * Some of the cruise ship passengers get a close-up
look the steam locomotive Jessie before taking their
seats for the trip to Carrog.
OVER 100 passengers from an American cruise liner stopped off at Llangollen Railway yesterday (Thursday) morning. 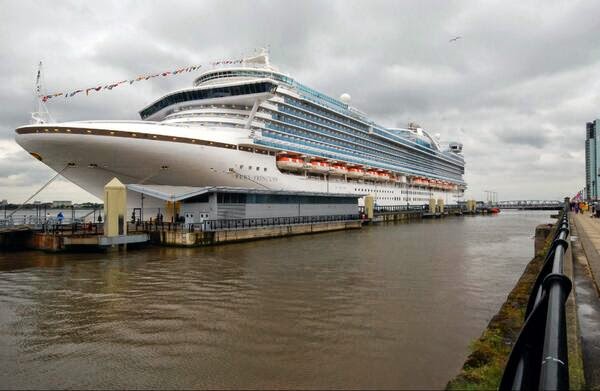 They were from the ship Ruby Princess (pictured right) which was making a one-day call at Liverpool's Cruise Liner Terminal, and were the first escorted coach party of the new season to take a circular tour of north east Wales.
Driven over by coach from Merseyside via Mold, Ruthin and the Horseshoe Pass, the visitors arrived at the station in time to join the 10.50am steam train departure from Llangollen to Carrog.
After lunch at the Wild Pheasant Hotel in Llangollen, they spent the afternoon at Chirk Castle before heading back to Liverpool in time to sail away on the next leg of a round-Britain cruise which started in Southampton.

Similar visits to Llangollen Station by other tour groups are planned as part of a full programme of escorted tours.
George Jones, for Llangollen Railway, said: "The visitors were from various parts of the USA and were quite taken with the Welsh countryside, even on a damp day when the mist was on the hills.
“The ride on the steam train through the Dee Valley was a memorable part of their great day out."
Posted by llanblogger at 7:21 AM