Casualty airlifted to hospital after A5 collision this afternoon

* The air ambulance takes off with the casualty aboard.


ONE casualty was flown to hospital by air ambulance following what appeared to be a serious collision on the A5 just outside Llangollen earlier this afternoon.
Emergency services dashed to the scene, close to the White Waters Hotel, just before 2pm.
The road was closed in both directions as firefighters appeared to be freeing the casualty.
A number of police cars and paramedic ambulances were also at the scene.
Around 2.15pm the casualty, attended by firefighters and paramedics, was wheeled to a nearby field where the red Wales Air Ambulance was waiting.
Ten minutes later the ambulance took off and headed out over the nearby Dee Valley. 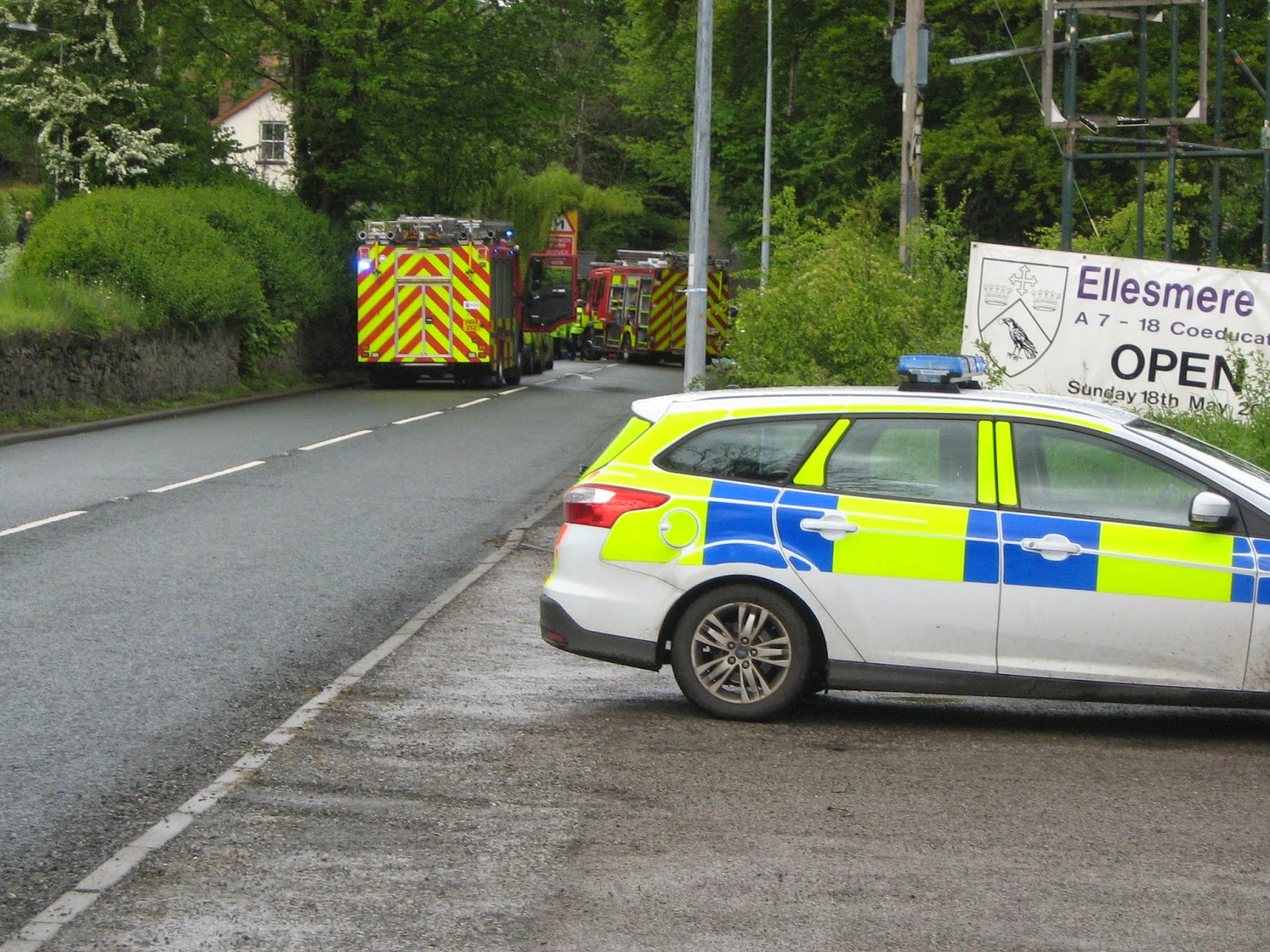 * Emergency services at the scene. 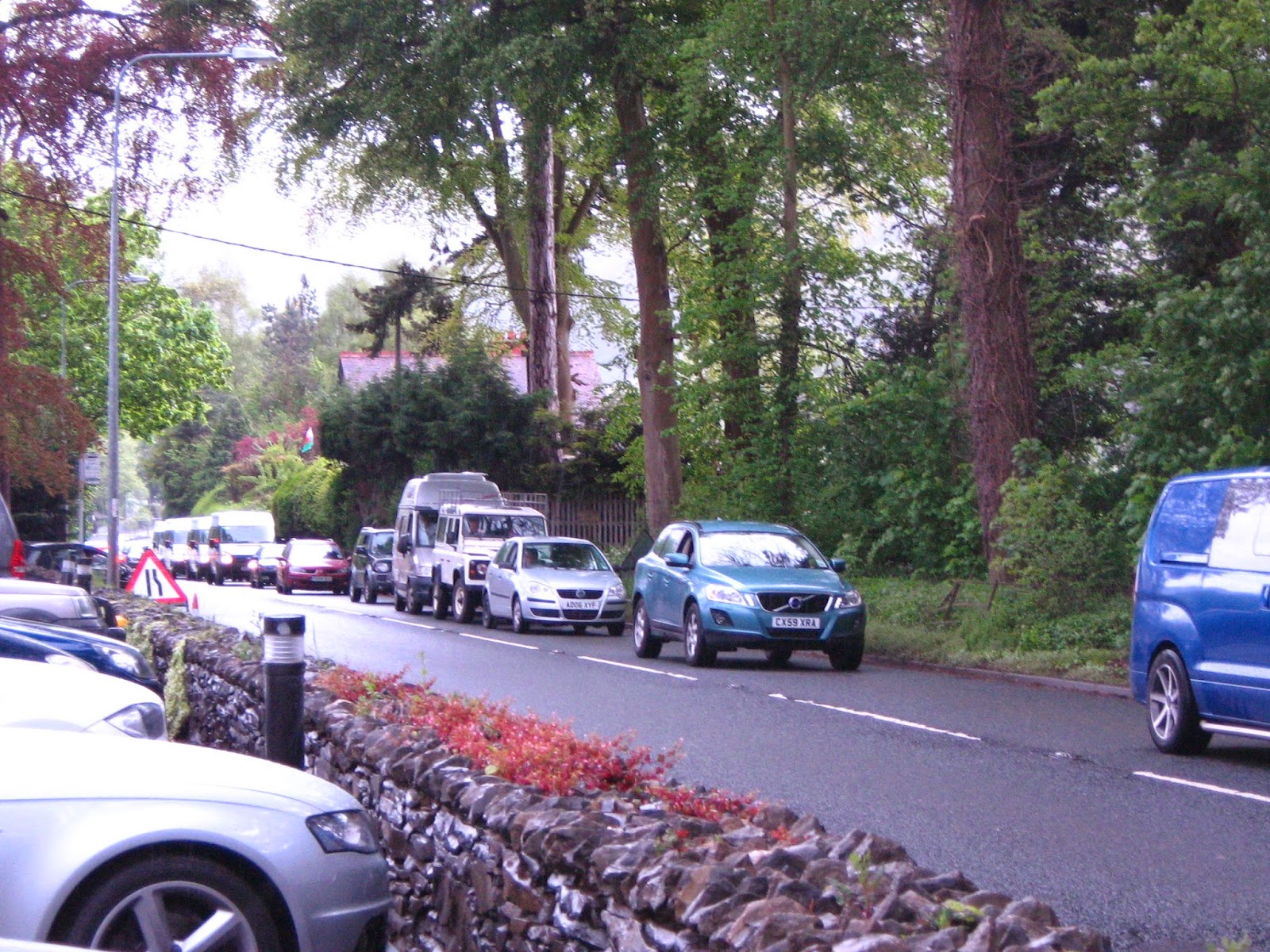 * Traffic backing up on the A5 after the road was temporarily closed.
Posted by llanblogger at 2:54 PM