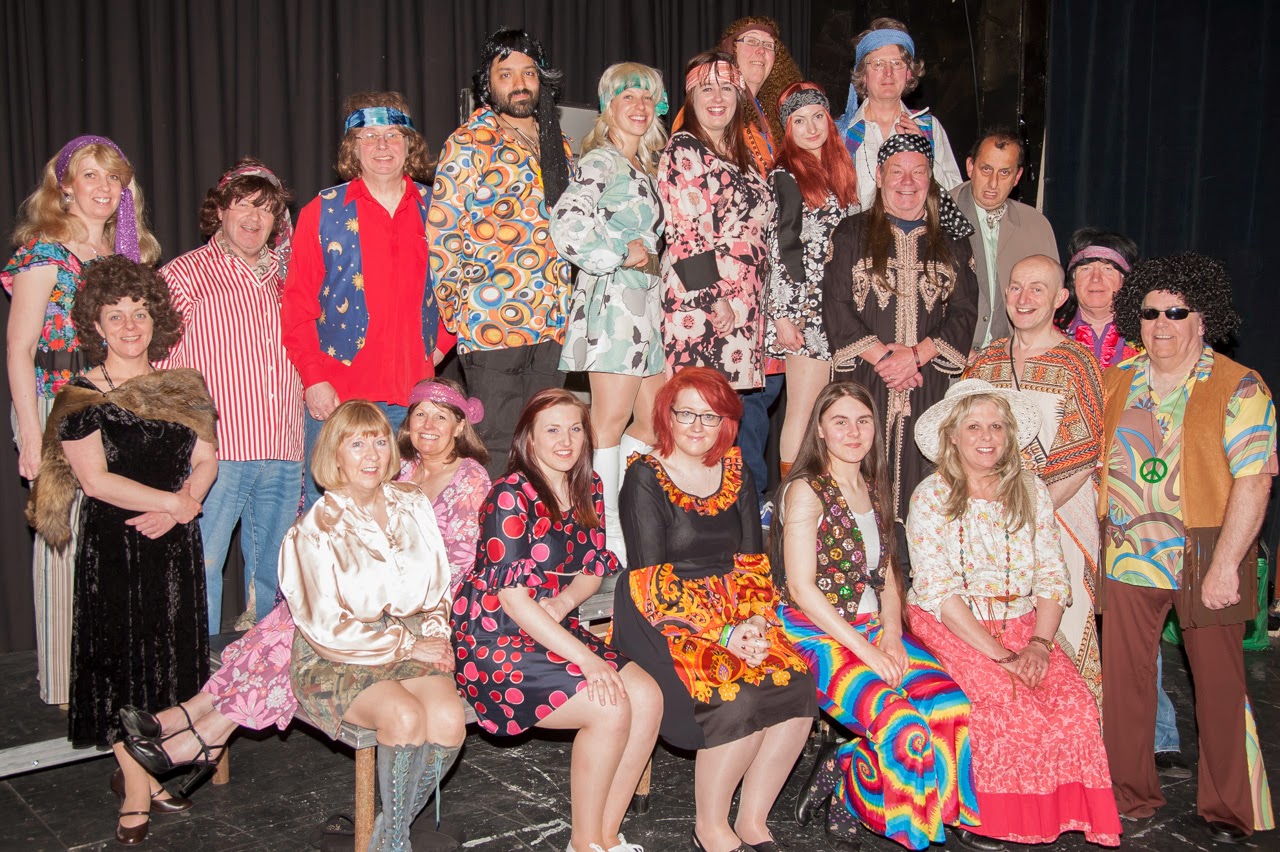 * The fab cast of the Mikado.

It’s the Mikado – but not as traditional Gilbert & Sullivan fans know it.

But don’t worry about that because it’s still brilliant.

With a setting that owes more to a classic episode of Top of the Pops than ancient Japan, Llangollen Operatic Society is currently staging an updated interpretation of the evergreen operetta planted firmly in the 1970s, complete with mini-skirts, flared trousers and dodgy hairstyles.

But although the backdrop has been changed the powerful music for which the piece is famous retains the same memorable clarity and quality as the esteemed original.

And, judging by the Wednesday opening night, Llangollen Operatic has rarely made such a beautiful noise, to steal an expression from that seventies song by Neil Diamond.

Every one of the cast gives it all they’ve got, whether singing solo, in close harmony or as a chorus. In fact, some of the chorus work is so powerful that at times you think it might blast you out of your Town Hall seat and right back to the Decade that Time Forgot. 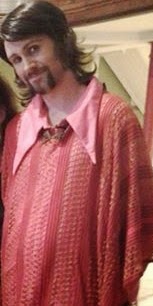 Leading the charge is the professional tenor Christopher Diffey (pictured right) whom the Operatic has had the great good fortune to sign up for the lead role of Nanki-Poo.

He’s the young man who turns out to be much more than the wandering minstrel of his introductory song - in fact, the heir to the throne of  Japan.

His command of the part is total and his vocal contributions simply breathtaking.

But, that said, there’s no way his talents overshadow other members of the cast.

In strong support as Yum Yum’s two friends – together they make up those legendary Three Little Maids from School – are the magnificent Jo Potts and Karen Davies.

The Mikado, whatever version, is notable for its comic characters and they don’t come much better than the fab foursome of Jim Allen as Pooh Bah, the man who holds just about every job in Titipu apart from street sweeper, Richard Mascarenhas as Koko, the Lord High Executioner, whose comic edge is as sharp as his samurai sword, Dave Short, a doddery delight as the Mikado himself, and Kieran Davie as the perfect Pish Tush.

And let’s not forget the members of the choruses – ladies and gents - who bind together the action by making some truly terrific sounds.

The whole thing is a credit to director Chrissie Ashworth, her co-director/choreographer Pamela Williams and musical director Owen Roberts, who heads up the small but powerful ensemble of musicians.

As Koko might have said in his seventies way of putting things – the Mikado is just groovy, man!