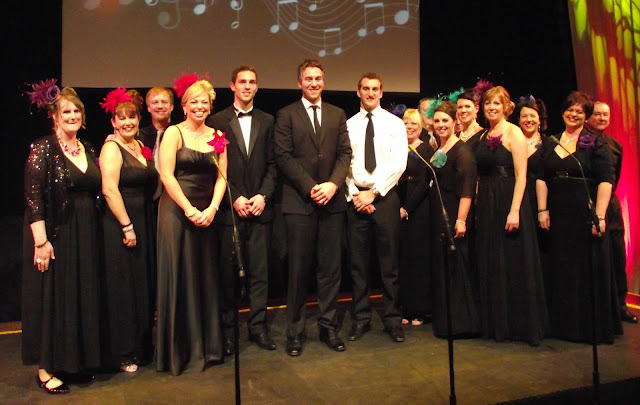 OVER 250 people paid £75 a head to attend a glittering testimonial dinner for Wales rugby star Ryan Jones at Llangollen Pavilion on Saturday evening.

Jones, who was supported at the event by Wales colleagues Sam Warburton and George North, is one of a handful of distinguished Welshmen of any generation who can lay claim to playing a significant role in the winning of three Grand Slams in a hugely successful rugby career.


He has chosen the Welsh Guards Afghanistan Appeal as his nominated charity during his testimonial year.
Louisa Jones, who sings with Llangollen Operatic’s Travelling Troupe, said: “Being asked to provide entertainment at the testimonal was a great honour. 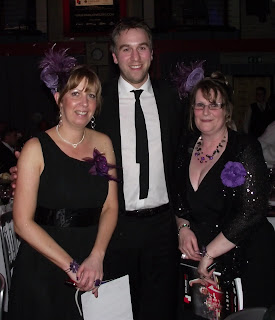 “It is the most high profile gig we have done as a troupe and our largest audience, so we were very keen to deliver a highly polished performance.

“The audience's reaction to our programme, which included Bohemian Rhapsody by Queen and One Day More from Les Miserables, was warm and appreciative and we were thrilled to receive some fantastic feedback later on when we mingled with the guests.


“Ryan Jones himself was also extremely complimentary and he and his colleagues Sam Warburton and George North kindly posed for photographs with us and signed autographs.”
* Pictured right, Ryan Jones with Troupe members Pamela Williams, left, and Alison Jarvis.

Llangollen Operatic Society Troupe is available for bookings and anyone interested can contact Louisa on 07989 985644, Tracey on 07875 639533 or e-mail: Troupe@llangollen-operatic.co.uk.
Posted by llanblogger at 7:57 AM