Anything Goes has a great maiden voyage 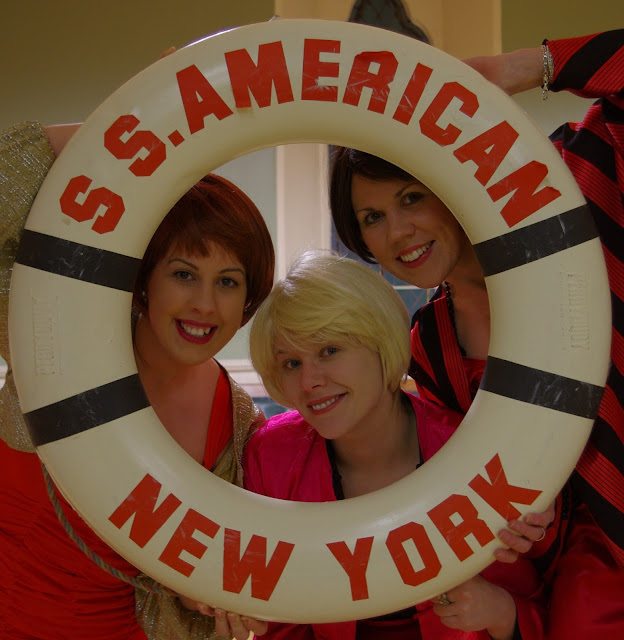 It was full steam ahead for fun as the good ship SS American, crewed by a talented Llangollen Operatic Society cast, headed out into the Atlantic on its maiden voyage earlier tonight (Tuesday).


The society has a five-night run until Saturday at the Town Hall with the classic Cole Porter musical Anything Goes, which is set aboard the ocean liner as it journeys from New York to London sometime in the Jazz Age.


And the opening performance was a real Blue Riband affair as the 24-strong cast powered their way through a marvellous collection of songs, some ship-shape acting and enough tots of humour to make a sailor groggy.


The story involves madcap antics aboard SS American as she heads across the pond.


Billy Crocker is a stowaway in love with heiress Hope Harcourt, who is engaged to Sir Evelyn Oakleigh.


Nightclub singer Reno Sweeney and Public Enemy #13 Moonface Martin aid Billy in his quest to get the girl.


Along the way there are some delicious renditions of memorable numbers such as Anything Goes, You’re the Top and I Get a Kick Out of You.


Certainly getting a kick out of her role as Reno Sweeney is Llangollen stalwart Louisa Jones who vamps it up in fine style at Reno, a racy gal but with a heart of gold and a voice like a touch of velvet.


A true song and danceman who can also handle a range of spoof accents as he assumes different guises to avoid a spell in the brig is called for when it comes the role of Billy.


And that’s just what it gets in the shape of relative Llangollen newcomer Paul Bailey.


His love interest, Hope Harcourt, is nicely played by another member of the society’s growing band of new singings, Danielle Chamberlain. She can act and she surely can sing.


Bill Hughes, one of Llangollen’s regulars, who can seemingly turn his hand to any leading role, superbly fills the upper class shoes of Sir Evelyn Oakleigh.


A neat comedy touch is applied by Richard Mascarenhas as the gangster Moonface Martin, who ain’t nearly so bad as his reputed position as America’s public enemy number 13 suggests.


Bonnie, Moonface’s moll, is played believably by Stephanie Cottam and Mrs Harcourt, Hope’s battleaxe of a mum, is well handled by Jeanette Robinson.


More laughs come from the direction of Llangollen faithfuls Tony Jones and Jan Bellis as a couple of comedy Chinese men.


The songs – solos, duets and three-handers – are all expertly performed and the chorus numbers are toe-tappingly powerful.


The whole show is a credit to director Chrissie Ashworth and the entire behind-the-scenes team deserve applause every bit as warm as the ones directed at the cast as the curtain falls.


The only pity is that the first night audience was so small.


If you fancy a real treat try a voyage aboard the SS American any time over the next four nights at 7.30pm.
Posted by llanblogger at 10:40 PM