Fall from roof of old brewery also caves in windscreen 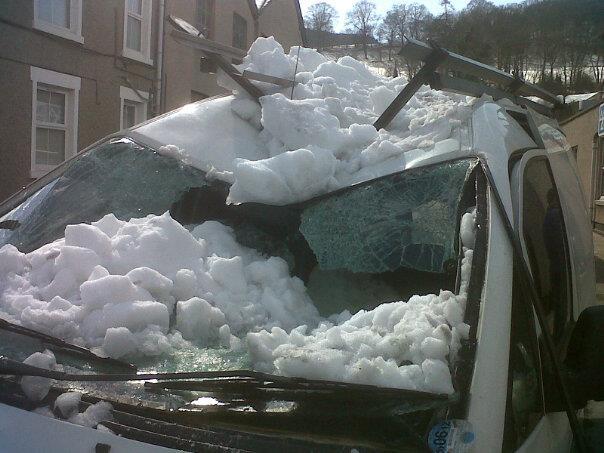 * Extensive damage to the exterior of Mr Rogers' van. 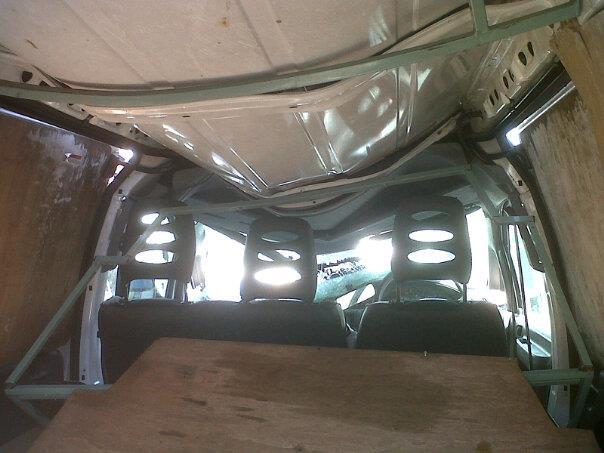 * The smashed-in roof of the van. 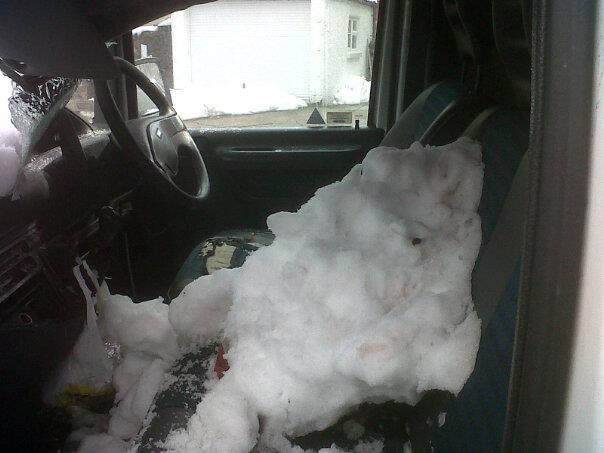 * The snow-filled interior of the van.


A milkman had a miraculous escape when a huge load of melting snow fell from a roadside building and completely crushed the roof of his delivery van.
Anthony Rogers, 58, had just finished his morning round in Ellesmere Port on the Wirral and was driving his Fiat Scudo home to Glyndyfrdwy along the A5 in Llangollen when the drama began at around 1pm on Tuesday. 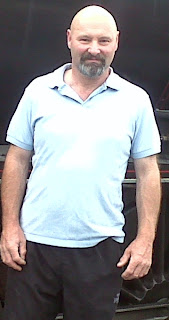 Mr Rogers (pictured left) said: “I’d just stopped to fill up the van with fuel at a local garage and was driving along the A5 when I reached a spot where there is a large derelict building, which I think was once a brewery, on the left hand side.
“All of a sudden there was an explosion as if the van had been hit by a wrecking ball.
“The windscreen collapsed inwards and the broken glass cut my hand in about seven or eight places. The cab then filled up with snow.
“I just sat there for a few minutes not knowing what had happened, then I pulled myself together and started scooping away the snow with my hands so I could undo my seat belt.”
Anthony, who has been a milkman for the past 27 years, added: “No-one stopped to help and just went on their merry way. A couple of cars even swerved right around me.
“I eventually managed to get out of the van and go to the nearby garage, Kenrick Motors. They were very helpful.
“The whole roof of the vehicle had collapsed around me due to the weight of the snow that fell on it and the garage tells me it is now a write-off.
“I was just very very lucky to get out of it with just a few cuts on my hand. It could have been a lot worse.
“The amazing part is that I had some stock left in the van and despite what happened not one pint bottle was broken or a single egg smashed.
“Since it happened I haven’t lost a day on deliveries because the van that was damaged was just my back-up one which I was using because it handles better in the snow.”
Posted by llanblogger at 8:09 AM