Top dogs have their big day


TOP dogs were out in force in the grounds of Plas Newydd in Llangollen on Sunday.
The first-ever dog show to be held at the stately home was a huge hit with the scores of owners who turned up with their pride-and-joy animals, and hundreds of pounds were expected to be  raised for Marie Curie Cancer Care, the chosen charity of the day.
The area in front of the home of the famous Ladies of Llangollen was turned into a show-ring, which became the scene of  a host of hotly-contested classes.
During the morning session the pedigree dogs were in contention and in the afternoon it was the turn of the cross-breeds to take to the ring in the fun classes, which turned into a real crowd pleaser.
There were rosettes and prize cards for dogs up to fifth place in each of the 10 show classes, plus sample bags and food discount vouchers provided by show sponsors.
Major prize-winners, including Best in Show and Best Puppy, picked up specially-made wooden plaques along with their rosettes and a trophy for the best rescue dog of the day was provided by the online charity Lurcher Link.
It was Lurcher Link which gave a new lease of life to a dog who became a real celebrity with people attending the show.
Nicky, a smooth coat Saluki of about two years old, was left for dead after being run over by a car in Merseyside last February.
He was trapped under the vehicle and abandoned by his owner when it became apparent how badly injured he was.
He was eventually rescued and taken to a nearby vets where his right front leg had to be amputated.
Lurcher Link heard of his plight and agreed to foot the bill for his treatment.
The organisation also found him a loving new home with former vets nurse Michaela Walker of Rhyl who was one of the helpers at Sunday’s show.
She brought Nicky – now fully recovered - along with her and he became a real star attraction as he lay contentedly lapping up the attention in the organisers’ tent.
Michaela said: “He is the perfect pet and such a good friend.
“Despite having only three legs he can do everything a four-legged dog can do.
“In fact, he is my own paralympic star.”
One of the main organisers of the show was Karen Tyler, one of Denbighshire County Council’s heritage managers who is responsible for Plas Newydd.
Karen, who ran her own dog agaility demonstration during the show’s lunch break, said: “Over the years there have been issues with dogs up here at Plas Newydd, so we came up with the idea of staging the first show ever to be held here to get local people involved with dogs in a more positive way.
“We wanted to show that dogs are welcome here if their owners have respect for the property.
“We also wanted to have a bit of fun and raise some money for charity.” 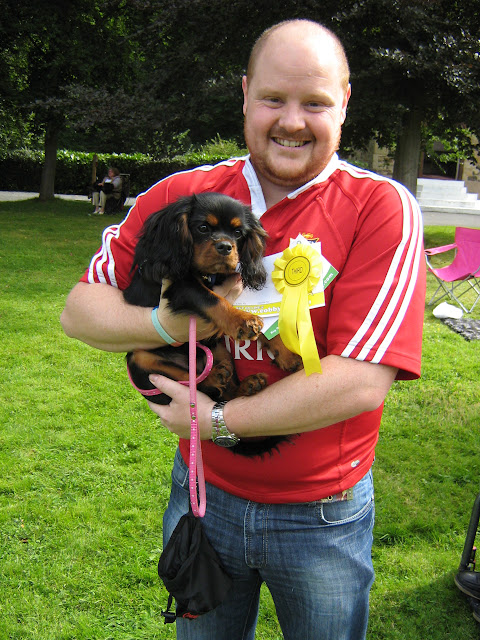 * Alastair Pingram of Llangollen with his
six-month-old Cavalier King Charles Spaniel Lottie
which came third in the puppy class in her first dog show entry. 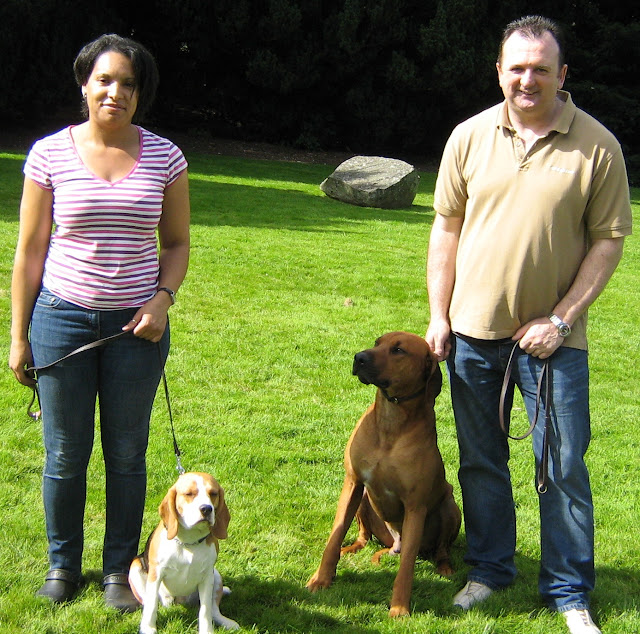 * Mark Williams and his partner Jocelynne Cyprien of Llangollen with their dogs Toki,
a four-year-old Rhodesian Ridgeback, and Lily, a 21-month-old Beagle,
which both contested the hound class. 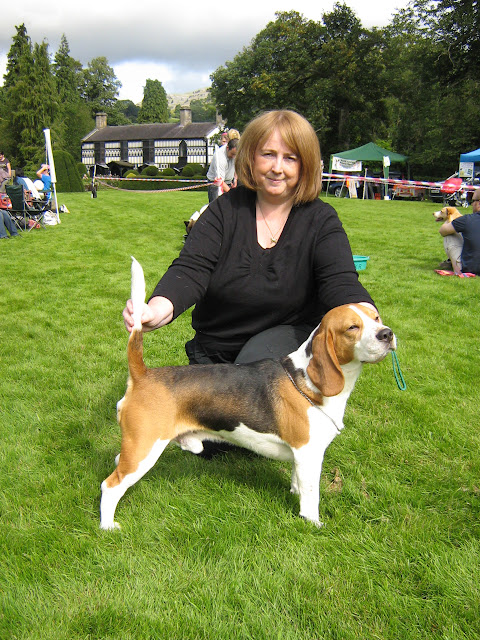 * Jayne Clays of Bwylchgwyn, with her three-year-old male Beagle
Ace, a regular dog show competitor, which was entered in the AB hound class. 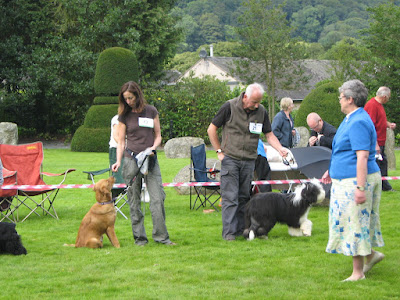 * A show judge runs her expert eye over one of the dogs
competing in a pedigree class. 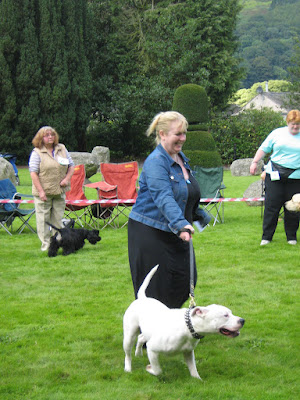 *A pedigree class contestant is walked
around the show ring by its proud owner. 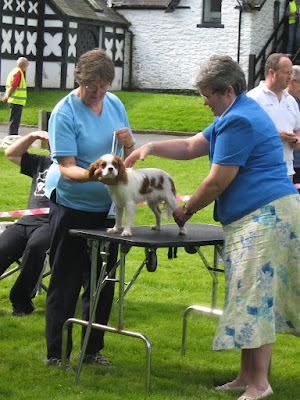 * Last minute grooming for one of
the competitors. 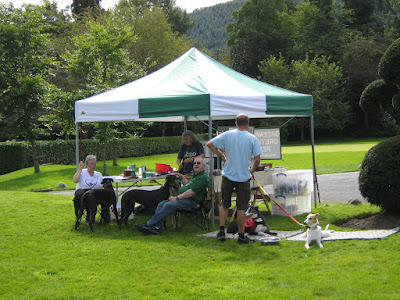 * Greenfield Greyhound Rescue’s tent at the show.
Posted by llanblogger at 8:25 AM