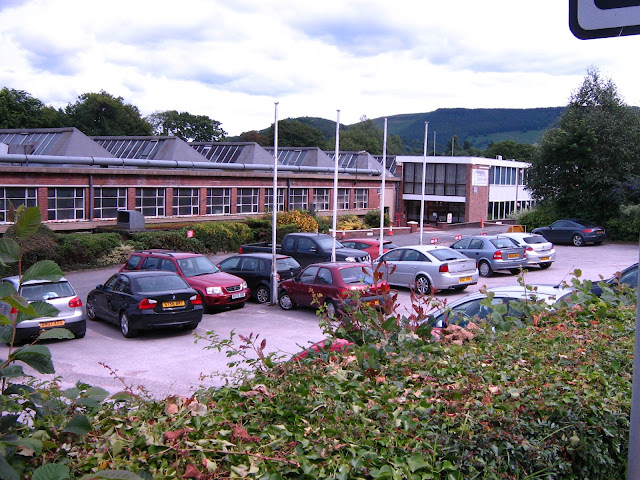 County councillors have approved a controversial plan for a new Sainsbury’s supermarket - which has split opinion in the town - to be built on land at Berwyn Street in Llangollen currently occupied by the Dobson & Crowther envelope factory.


At their meeting in County Hall this morning (Wednesday) members of the planning committee also gave the go-ahead to a related scheme to move the printworks to a new building on a site just across the road in open fields at Climedw Farm.


Both applications, which were recommended for approval in reports by council planning officers, won strong backing from the committee whose members voted 21-4 in favour of the supermarket plan and unanimously, 25-0, for the Cilmedw scheme.


Two speakers for and two against the Sainsbury’s plan were allowed to address the committee.


Rhys Davies, representing the Co-op which has a foodstore just down the road from the Dobson & Crowther site in Regent Street, spoke against, saying the impact of the new Sainsbury’s on the trade of the Co-op and other shops in the town had been “significantly underrated” and claimed the Co-op alone would see its trade drop by over 40%.


Catherine Veasey, of Friends of Earth, warned the new store would mean the vitality and viability of Llan would be damaged.


Speaking in favour of the plan, John Palmer, chair of Llangollen Chamber of Trade and Tourism, said he was backing the new store on the grounds that “the retention and creation of employment is essential to the town”.


However, he urged conditions be placed on the scheme to protect local businesses, calling for the store plan not to include a café – which it currently does – and that only pre-packed meat and deli goods were sold.


He added that Sainsbury’s should be welcomed to the town as “a prestigious national retailer”.


Keith Nutter, speaking in favour of the plan on behalf of the agents for the developer J Ross, said many shoppers in Llan would use the new store, although he accepted there would be a number who would not.


He claimed that research had shown that 77% people from Llangollen and the surrounding area currently travelled outside the area for the main food shop because of a lack of choice locally.


Mr Nutter added: “Many of the concerns about this application are misplaced and ignore the significant benefits associated with the proposal.”


Cllr Stuart Davies, who represents Llangollen,  said the most important thing about the application would be the impact the new store would have on other businesses in the town.


He asked for – and received - assurances from officers that this would not be worse than stated in their report to the committee.


He said he took on board concerns about it locally but welcomed the additional 230 parking spaces the store would bring to the town.


Cllr Davies also said the store should not include a café in order to protect local businesses.


Cllr Rhys Hughes, who also represents Llangollen, described the scheme as “the most important application ever to come from the Vale of Llangollen to this committee”.


He then called for a long list of conditions to be attached to the scheme should permission be granted, including the use of the store car park by the public, that the printworks at Cilmedw would be completed ahead of the supermarket, a pedestrian access from the north east of the site, leylandia trees to be cut down so there was a clear view from the car park into the town, the provision of signage into the town, the recruitment of local people to the store and the exclusion of a café and butchery department from the store.


He also suggested that Sainsbury’s should make an annual cash contribution towards the future well-being of the town.


Planning officers said most of these conditions could be the subject of further discussions with the developer, apart from the cash contribution idea about which a legal opinion would have to be obtained.


The committee were then asked to vote on whether they wished to approve the scheme with these various conditions attached.


Of the 25 members present 21 voted in favour of this proposition and four against.


Asked earlier during the debate  by Cllr Hughes if the Welsh Government might want to “call in” the application for its own consideration should it be approved, a planning officer said: “We have had phone calls from Welsh Government officers who have asked to be kept informed of what happens.”


The committee then went on to consider the related application to build a new printworks at Climedw Farm.


Speaking against the application were Mel Lawrence, on behalf of Llangollen Civic Society, and Phil Thane, representing the group Keep Llangollen Special.


Moving approval of the scheme, Cllr Stuart Davies said: “This company provides 100 jobs – proper paid jobs – and we want to safeguard these jobs not just for the present but also for our children.”


The committee voted unanimously – 25-0 – to approve the application.


·         Llanblogger would like to hear your views on this story. Email us at llanblogger@gmail.com

Posted by llanblogger at 1:23 PM