History made on Llangollen Railway 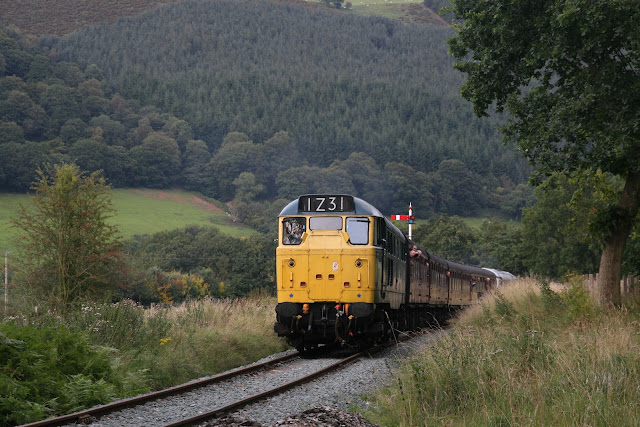 * The diesel train formation leaving Carrog on the new track as
seen from the riverside walk footpath crossing. 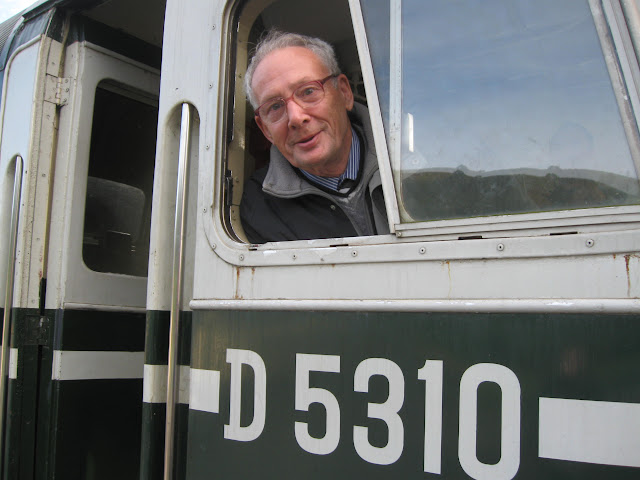 * Colin Wheeler in the cab of diesel locomotive No D5310 at Carrog.

A LITTLE bit of history is believed to have been made at Llangollen Railway over the weekend.


Rail fans from across the country flocked there for a special diesel day on Saturday.


Among the attractions was the last Llangollen appearance of Class 31 diesel locomotive No 5580 before its departure to the Great Central North railway at Ruddington.


The loco has been at Llangollen for the past two seasons and has made an impression with its early-body styling and unusual six-wheel bogie arrangement.


Before leaving for its new home, the Class 31 made history as it hauled the last train of the day on to the new track extension to the present railhead near Plas Bown Farm.


This is believed to have been the first occasion a diesel locomotive has pulled a passenger train west of Corwen as, prior to closure of the line in January 1965, all services were steam hauled, although there had been special excursion trains operated by diesel rail cars.


To provide this special shuttle train a Class 26 diesel was attached at the rear to provide a "top and tail" working arrangement.


Railway press officer George Jones said: "The operation of this train on the extension created a lot of interest with visiting rail fans keen to sample a new stretch of track alongside the River Dee.


“They were pleased to see what has been achieved so far in extending the line towards Corwen."


Saturday also saw a prime piece of nostalgia when Colin Wheeler from Smethwick was reunited with one of the diesel locomotives he helped to build back in the late 1950s when he worked at the Birmingham Railway Carriage & Wagon Company.
Colin was able to sample the cab of Class 26 locomotive No D5310 and he recalled the days when this was a new class of diesel locomotive built for British Railways and most of which were sent to work in Scotland.
Posted by llanblogger at 7:38 AM