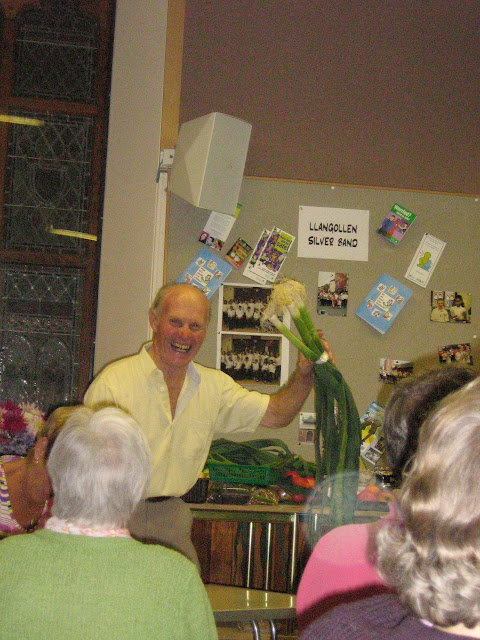 
A large and colourful collection of vegetables, produce and flowers were turned into a crop of cash for a good cause during a harvest auction enjoyed by members of Llangollen’s English Methodist Church on Monday night.
Harvest gifts donated during their Sunday service were taken over to the nearby Memorial Hall in Market Street where, following a traditional harvest supper, members bid to buy them in the auction presided over by the man with the gavel, John Newbrook.
He knocked down item after item, ranging from jars of homemade preserves to enormous locally-grown marrows.
One of the biggest bidders walked away with at least £17-worth of bargains, including leeks, carrots and courgettes.
Church officials are now totting up how much was raised for the charity Action for Children.
Posted by llanblogger at 9:46 PM