So in a small town like Llangollen with a population of around 5,000, you might reasonably expect not to see triplets at all.

But Lynda Kay of Llangollen Silver Band says she was totally astonished to discover that in the Llangollen Youth Band there are members of not one, but two sets of triplets.

Pictured here are Bethan and William Morris, who both play cornet and have recently been promoted to the Senior Band (brother Alex plays guitar), and Wilf Wort who plays euphonium and saxophone.

Wilf has recently quit band to concentrate on his A levels – good luck Wilf! 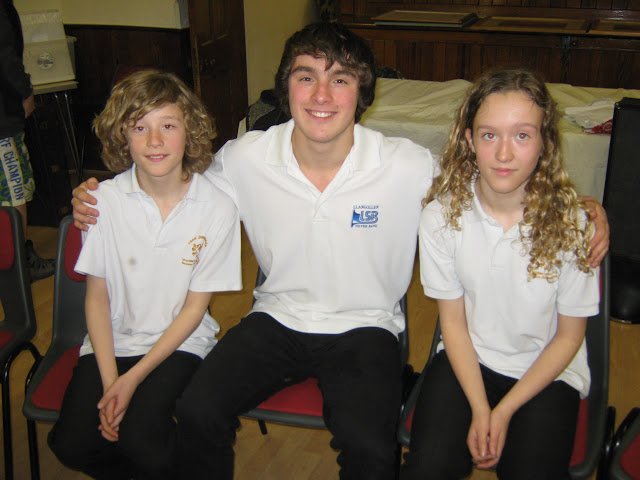 Posted by llanblogger at 9:39 AM