Senedd Member warns of potential chaos over overnight A5 closures 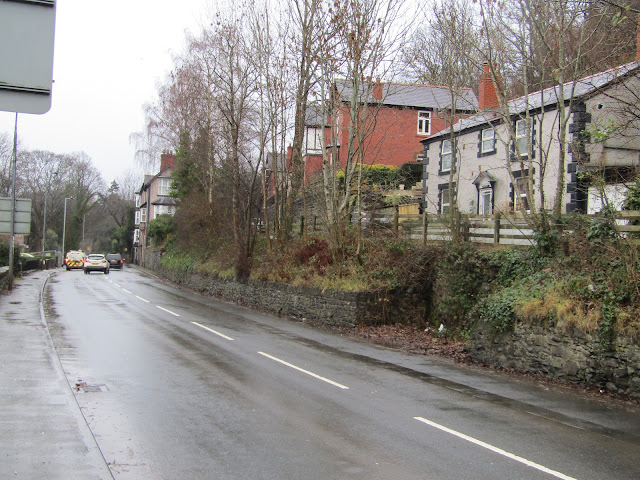 * The A5 leading into the retaining wall roadworks.

Overnight closures of the A5 into Llangollen could mean chaos if a diversion route is unexpectedly shut too.

As revealed by llanblogger, it has been announced by Traffic Wales that ongoing work to strengthen retaining walls on the A5 to the east of the town will lead to a section of the trunk route being closed in both directions between tomorrow (Monday, April 4) and Saturday, April 9, between 7pm and 6am each night.

This will allow contractors to resurface the carriageway before the work is completed on April 14.

Diversions will be in place via the A483 and A539, according to Traffic Wales.

But Llyr Gruffydd says: "There have been plenty of warnings about the lack of alternatives to the A483 since the Newbridge road was closed due to a landslip 15 months ago.

"This night-time road closure in and out of Llangollen on the A5 could mean chaos if the A483 is closed due to an unexpected incident or bad weather."

He added: "Both Wrexham Council and the Welsh Government have been saying that work is ongoing on finding funding for the B5605 through Newbridge.

"I would suggest that there needs to be a greater degree of urgency about their work as local communities are suffering the consequences.

"We recently saw gridlock in Llangollen due to a bridge strike and the nature of the Vale of Llangollen means there are very few crossing points for the Dee.

"I would urge the Welsh Government to urgently respond to the business case submitted by Wrexham Council with a view to commencing work on re-opening the B5605. That would avoid gridlock problems along the Dee valley and provide a much-needed relief road for the A483."

Traffic Wales says it would not have been possible to carry the work on the A5 under the usual lane closures due to the narrowness of the road at this point.

It adds that overnight working could result in higher levels of noise for which it apologises in advance.