Collen Players' next variety and music hall show is May 6 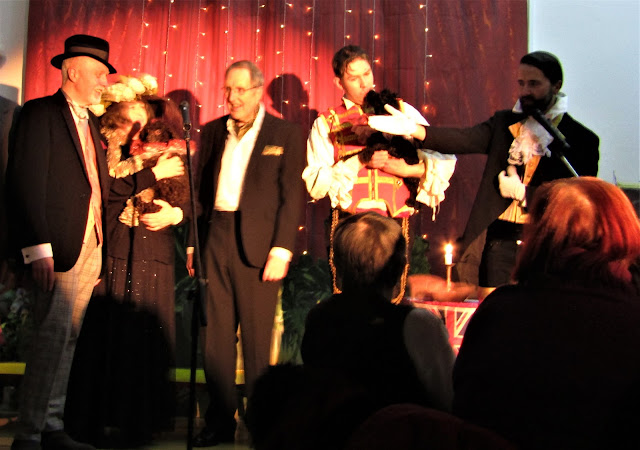 * The cast of the last Collen Players' show in March.

The first acts have been announced for The Collen Players' next variety and music hall show.

Due to be held in St Collen's Community Hall on Friday May 6, The Good Old Days will transport the audience back in time to a place where a selection of acts will recreate the rumbustious Victorian music hall of the naughty 1890s.

Chairing the proceedings as usual will be Father Lee Taylor, who is an aficionado of this form of vintage entertainment and originally put together The Collen Players to present the very first Llangollen music hall just a couple of years ago.
So far announced as appearing in a bill of comedy, sing-a-long, dance and tribute acts are Mike Connolly, Alison Jarvis, John Williams, Phil Robinson and speciality act Colin Bourdeic.
There will be a special prize for best dressed Victorian in the audience.
* The show begins at 6.30pm and tickets, priced at £15 and including supper, are available by calling